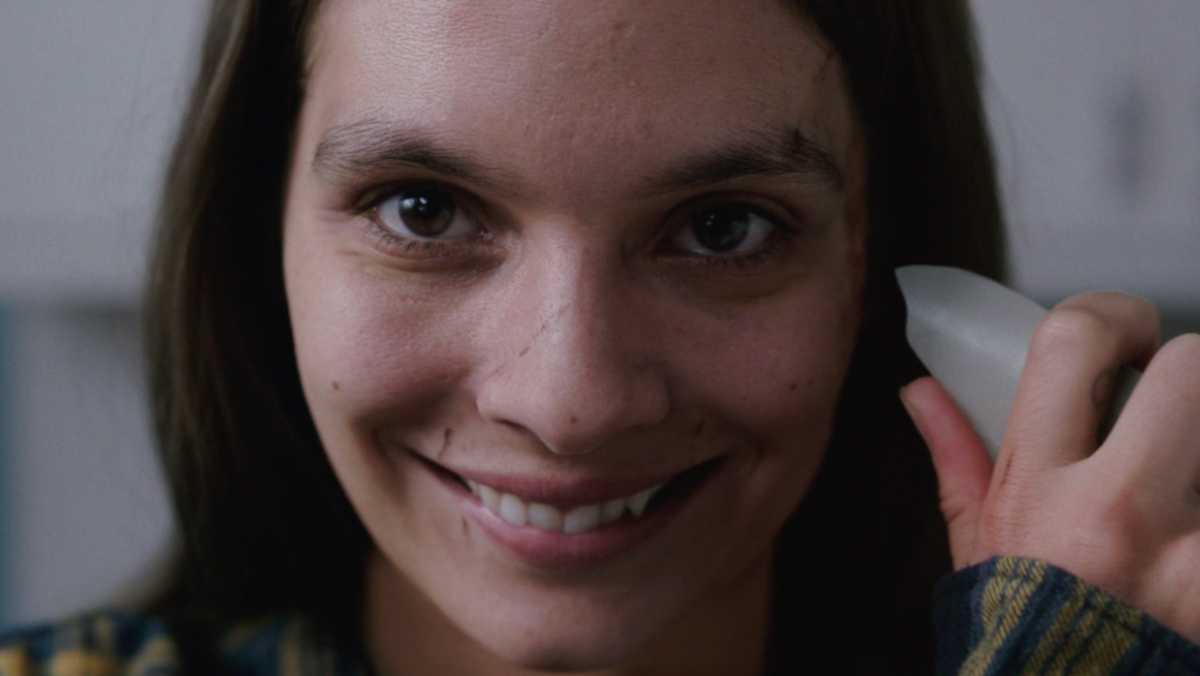 Courtesy of Paramount Pictures
Dr. Rose Cotter (Sosie Bacon) is a therapist at an emergency psychiatric ward dealing with the aftermath of a patient committing suicide in her care.
By Patrick Mazzella — Staff Writer
Published: October 11, 2022

“Smile” (2022) is one of the most pleasantly surprising films of the year. With a premise as silly as a woman being haunted by a demon that makes her think people are smiling at her, writer and director Parker Finn delivers one of the strongest depictions of generational trauma, loss and mental illness within interpersonal relationships in recent memory. Although 2022 has been a particularly exciting year for horror (the spectacle of  Jordan Peele’s “Nope,” the grunge of Zach Cregger’s “Barbarian” and the menace of Scott Derrickson’s “The Black Phone”), Finn’s “Smile” arrives with intense scares and a strong, layered, thematic presence that leaves audiences’ jaws on the floor.

Adapted from one of Finn’s short films “Laura Hasn’t Slept,” the 115 minute adaptation follows Dr. Rose Cotter (Sosie Bacon — yes, Kevin Bacon’s daughter), a therapist in an emergency psychiatric ward, as she grapples with witnessing the brutal suicide of a patient in her care. Beyond the mental toll it takes on our protagonist, it appears her former patient’s symptoms have been passed on to her. This unexplained phenomenon of a string of smiling suicide victims follows Cotter as she descends deeper and deeper into madness, trying to understand this curse.

Horror has always been a demanding genre for actors, and this film is no different. “Smile” relies heavily on its lead performance to carry the haunting emotions of this story, and “Mare of Eattown” and “13 Reason Why” star Bacon handles this responsibility with impressive control. Bacon, who is present in nearly every scene of the film, graces the screen with the commanding performance of a woman whose life is falling apart in front of her very eyes, and audiences will not be able to look away. Much of the third act sees our protagonist totally alone, facing no one but her own mind. Even without a scene partner to bounce off, Bacon continues to carry the massive weight of this film on her shoulders with ease.


Beyond Bacon’s powerhouse performance, Finn’s screenplay and direction are also astounding. Finn’s tight narrative wastes no time in getting viewers into the world of Cotter, making every moment count for the next two hours, as Finn develops a breathtaking finale with images audiences will never forget. Finn is assuredly a new and shining star in the world of horror filmmaking. If the hefty box office return tells us anything, Finn’s inevitable sophomore feature could be half as terrifying or enjoyable as “Smile,” and he will still have a long and successful career ahead of him.

Horror is no stranger to stories about mental trauma, as many recent mainstream horror releases have been about the toll it takes on the people it impacts. But “Smile” transforms this trope, previously bloody and beaten from overuse. The film uses both Cotter’s textual experience and trauma, as well as the metaphor-imbued monster, to drive home a bone-chilling truth about how trauma transforms people and twists their minds, sometimes to their breaking point. The film ends as it starts, with not only a metaphorical and supernatural horror, but one that many audience members will likely see themselves in.