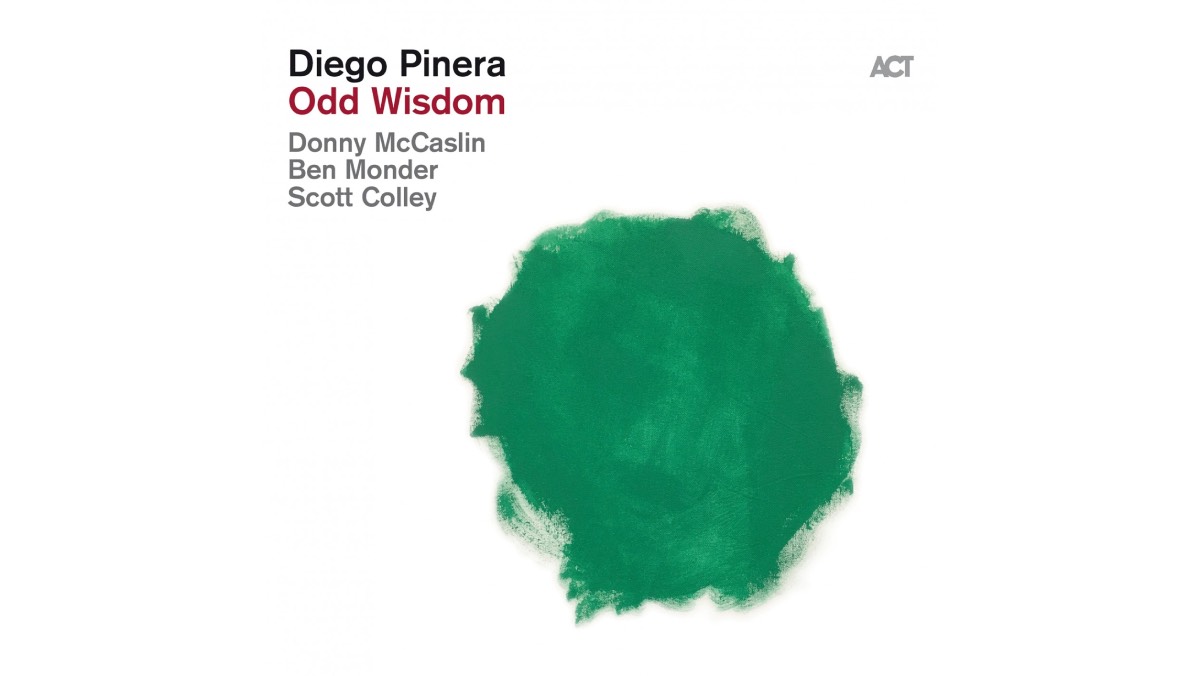 Diego Pinera, an underground German Uruguayan jazz fusion musician, mixes sweet and sour on his new record “Odd Wisdom.” In comparison to his 2018 album “Despertando,” “Odd Wisdom” is light and fruity. While both albums sound like a catharsis for Pinera, he shifts from a melancholic tone on “Despertando,” to a sound that is — well, odd — on “Odd Wisdom.”

The differences between the albums’ titles say it all. “Despertando,” which means “awakening” in Spanish, is an album rooted in rich emotion and Pinera’s mellifluous Latin jazz touch. “Odd Wisdom” uses less instrumentation and more experimentation, taking scattershot aim at its targets, missing in some places and hitting bullseyes in others.

The album starts strong with “Clave Tune,” a near nine-minute track defined by the heavy presence of saxophonist Donny McCaslin. The song’s second half features a pleasantly sporadic guitar solo performed by Ben Monder. The next song, “Domingo,” is almost a carbon copy of the previous track, featuring the same instruments but performed in a marginally different manner.

The next song, “Robotic Night,” includes some of the most bizarre and random sounds on the record, using a variety of rhythmless percussions and saxophones. It can only be described as a lighter version of the coordinated nonsense that defines some of the music by fellow jazz fusionist Herbie Hancock. “Robotic Night” is an experimental style for Pinera that, in the context of the tracks that surround it, works very well.

Sounding like a wonderful soundboard accident, the spasms of noise that fill “Robotic Night” are a continuation of the experimentation that occur on the earlier tracks “Clave Tune” and “Conversation with Myself.” These tracks make it clear that Pinera loves to make noise, especially noise that listeners may not have heard before.

“Space” mixes sweet Spanish vocals with McCaslin’s saxophone for a nice, relaxing jazz track. This relaxation continues through the next three tracks “Away,” “De Madrugada” and “Easter in Puglia.” These tracks are well-performed and engaging, but their placement conflicts with many of the other kooky sounds of the record. A version of “Odd Wisdom” with a rearranged track list would make for a smoother listening experience.

The album ends on “Blue Monk,” a seven-minute track that combines the best of all the other songs on the album — the limey saxophone of “Clave Tune,” the jumpy energy of “Robotic Night” and the easygoing energy of “De Madrugada” — with a staticky guitar solo at the end. The guitar, percussion and saxophone team up for a breezy final track.

What “Odd Wisdom” is going for isn’t exactly clear. The album fights itself between wanting to lean into classic jazz and wanting to experiment with new sounds. The album may lose listeners on some songs and win them back on others, but its inconsistency doesn’t shine over Pinera’s respectable movement toward experimental jazz.