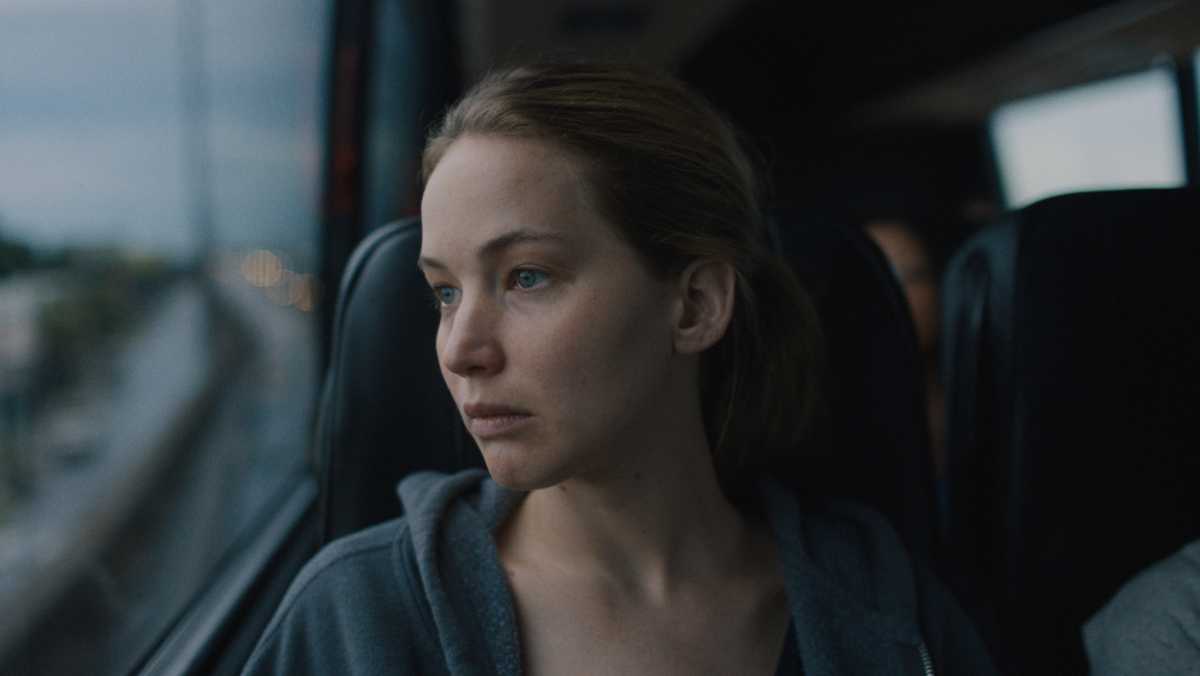 Courtesy of A24
After suffering a major injury in Afghanistan, Lynsey (Jennifer Lawrence) comes home and strikes up a meaningful friendship in "Causeway."
By Lily Lipka — Staff Writer
Published: November 19, 2022

Esteemed actress and beloved star of “The Hunger Games” franchise Jennifer Lawrence decided to take a break from acting in 2019. Now, three years later, Lawrence is back and better than ever. The A24-produced film “Causeway” is only her second film since stepping back into the limelight but provides a fantastic vessel for her career renaissance following the critically divisive “Don’t Look Up” in 2021.

The film centers on Lynsey (Lawrence), a soldier who has come back home to New Orleans after suffering a severe brain injury in Afghanistan. When her mother (Linda Emond)’s truck breaks down and she takes it to the automobile repair shop, she meets James (Brian Tyree Henry), the owner of the shop. The two strike up a friendship, mutually bonded over their separate yet profoundly similar traumas.

“Causeway” focuses heavily on trauma, specifically from near-fatal events. Both Lynsey and James believe they are above what happened to them and that they are ready to move on, and yet, neither of them truly are until they come to terms with the reality of their respective experiences. One of the greatest strengths of the film is undoubtedly its character work. In that respect, much of the props must go to screenwriters Ottessa Moshfegh, Luke Goebel and Elizabeth Sanders. They crafted such a meaningful piece about the friendships people make and how extreme distress and suffering can inform them. However, the direction by Lila Neugebauer is truly what seems to make everything click.

While this is Neuegebauer’s first feature film, she directed an episode on each of “The Sex Lives of College Girls” and “Maid,” both released in 2021. She also has an extensive background in theater directing. Stage plays are a naturally intimate, character-driven art form, so it only makes sense that Neugebauer would make a film that exudes the same qualities. There is a sort of pleasant simplicity in the way the film is shot that makes that quite clear. Each frame is steeped in empathy.

Lawrence and Henry are both brilliant actors, and their work is at its peak in “Causeway.” Lynsey is solemn and reserved, terrified but desperately wishing she was not. Lawrence portrays her complexity expertly, and with such love and longing behind her most inconspicuous or even seemingly bitter actions. Henry plays James with a much more overt friendliness and a clear desire for love and companionship. He is a delight to watch on screen and shines even in James’s darkest moments in which he shares the pain he carries around with him.

The film also manages to make the absolute most of its 92-minute run-time while still being paced slow enough for viewers to linger in the atmosphere Neuegebauer created. The viewer is made to feel Lynsey’s every emotion as deeply as the weight of the material should require. Through her short chats with her mother, deep conversations with James and sharp exchanges with her doctor (Stephen McKinley Henderson), it is demonstrated just how much of a life Lynsey is actually denying herself by attempting to wish her trauma away without truly addressing it head on.

The main issue with “Causeway” is, unfortunately, the vagueness of its ending, which feels as though it’s been cut too short, and yet manages to give away too much for it to be a truly ambiguous ending. Rather than simply leaving the audience with the question that Lynsey asks James (which is the basis of the scene), there is an entire conversation between the two about it. Still, the way that the scene goes, one would expect the question to be explicitly answered and the ending to provide closure to a conflict between the two characters just a few scenes prior. The film attempts to resolve said conflict, but it still feels somewhat up in the air in a way that does not seem to have been entirely intentional. The final line that Lynsey says is certainly impactful, but even a couple extra minutes of dialogue or an additional scene could have cleaned up the ending and clarified the intended purpose of the story.

While the ending is not particularly graceful, “Causeway” is still thoroughly enjoyable and heartfelt throughout.

Review: ‘Manchester by the Sea’ drowns viewers in despair