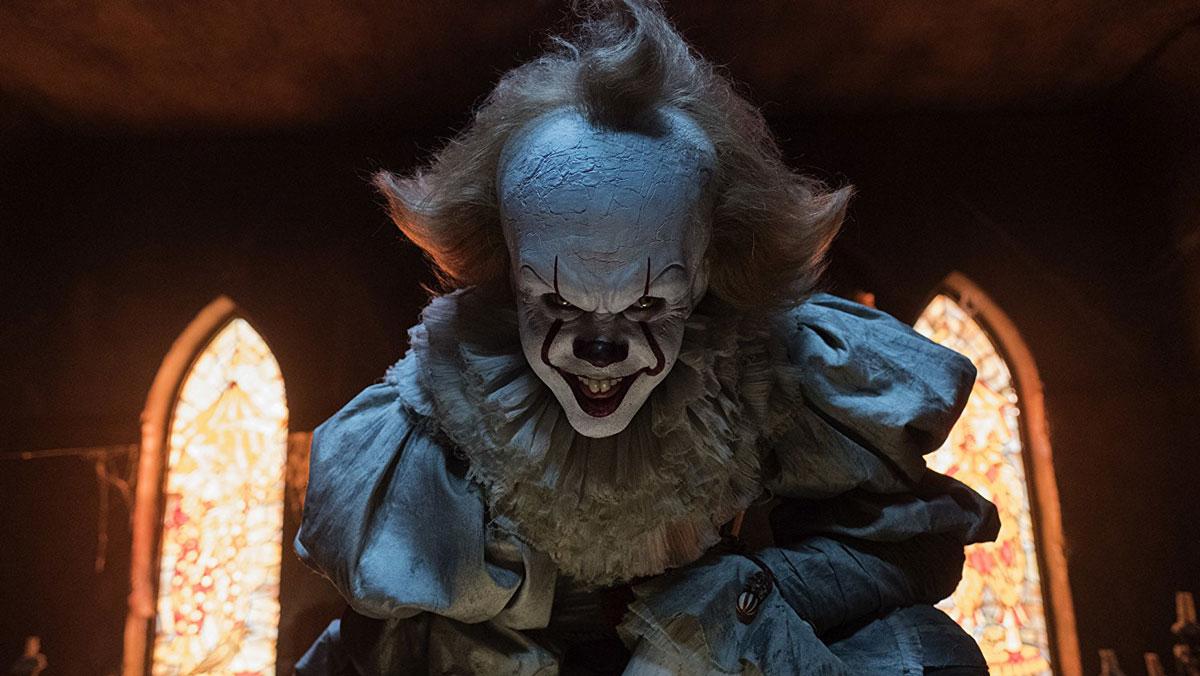 New Line Cinema
Based on the classic Stephen King novel, "It" is the story of a seven children who come face to face with an ancient, evil entity. To terrorize the small town of Derry, Maine, the creature takes the form of a clown named Pennywise (‎Bill Skarsgård).
By Colin Tessier — Staff Writer
Published: September 10, 2017

The camera zooms in on a pair of glowing orange eyes surrounded by darkness. Then, the clown’s face emerges and the orange eyes change to a soft blue. He smiles, his blood–red lips parting to reveal too-long, too-sharp front teeth. This is the viewer’s introduction to Pennywise (Bill Skarsgård) in “It,” and sets the often unsettling tone for the rest of the movie.

“It” is a masterpiece of modern horror. The film is consistently creepy from the second it begins. For example, the opening credits include the sounds of children laughing scattered through eerie introduction music. Director Andy Muschietti crafts a realistic world populated by loyal, brave and believable characters. Audience members may find characteristics of themselves in any one of the protagonists, which makes the audience sympathize with the characters.

The seven heroes, known as the Losers’ Club, are viewed as outsiders by their peers. Mike Hanlon (Chosen Jacobs) is excluded solely because of his race. Class clown Richie Tozier (Finn Wolfhard) has ADHD tendencies that make him an easy target for harassment. Eddie Kaspbrak (Jack Dylan Grazer) must deal with an overbearing mother who coddles him to his social detriment, and Ben Hanscom (Jeremy Ray Taylor) is an outcast bullied due to his weight. Stanley Uris (Wyatt Oleff) is a Jewish boy in a largely Christian society, and Beverly Marsh (Sophia Lillis) is a girl hounded by bullies at school and an abusive father back home. Bill Denbrough (Jaeden Lieberher), the leader of the group, struggles with a speech impediment. The characters seem like children one could run into in real life. The Losers are able to overcome their obstacles, which shows their inner strength. As a result, the protagonists are worth rooting for.

Muschietti uses comedy to provide relief from the horror, and Richie is the most significant source of that humor. For example, after Ben is wounded by Pennywise in one of the Losers’ first collective battles with the clown, Richie says that Ben is “bleeding Hamburger Helper.” Throughout the film, Richie delivers one-liners and quips that are executed well. Several times throughout “It,” viewers will still be laughing at one of Richie’s jokes while the next scare is already being set up. The viewers let their guards down, which leaves them vulnerable to the next frightening scene.

Pennywise will likely be this generation’s monster. The ’80s had Jason Voorhees and Freddy Krueger. The mid-2000s had Jigsaw. Now, Pennywise could become a horror icon worldwide. From the opening scene, Pennywise sends chills down the viewer’s spine. Skarsgård takes haunting lines and terrifying moments and makes them even more horrifying. His voice for the character will give viewers goosebumps.

The film’s manipulation of the audience makes “It” stand apart from its competition. Rather than solely relying on predictable jump scares and depending on special effects to make Pennywise scary, Muschietti exploits common childhood fears. For example, Pennywise capitalizes on the fear of clowns, sickness and being trapped alone in a haunted house.

The film is not perfect. Fans of the classic Stephen King novel may criticize some of the stark differences between the movie and the book. There are notable changes in the characterizations of the heroes and absences of significant plot points. The ending of the movie also falls flat. The climax is rushed and sloppily resolves the conflict between the Losers’ Club and Pennywise. However, these minute criticisms do not noticeably detract from “It” as a whole. The film is still a successful blend of horror, comedy and drama.

“It” is more than the typical Hollywood horror flick. Nestled between the scares are moments of intimate drama and uproarious comedy. The film recalls childhood friendships, summer vacations and the struggles of growing up.