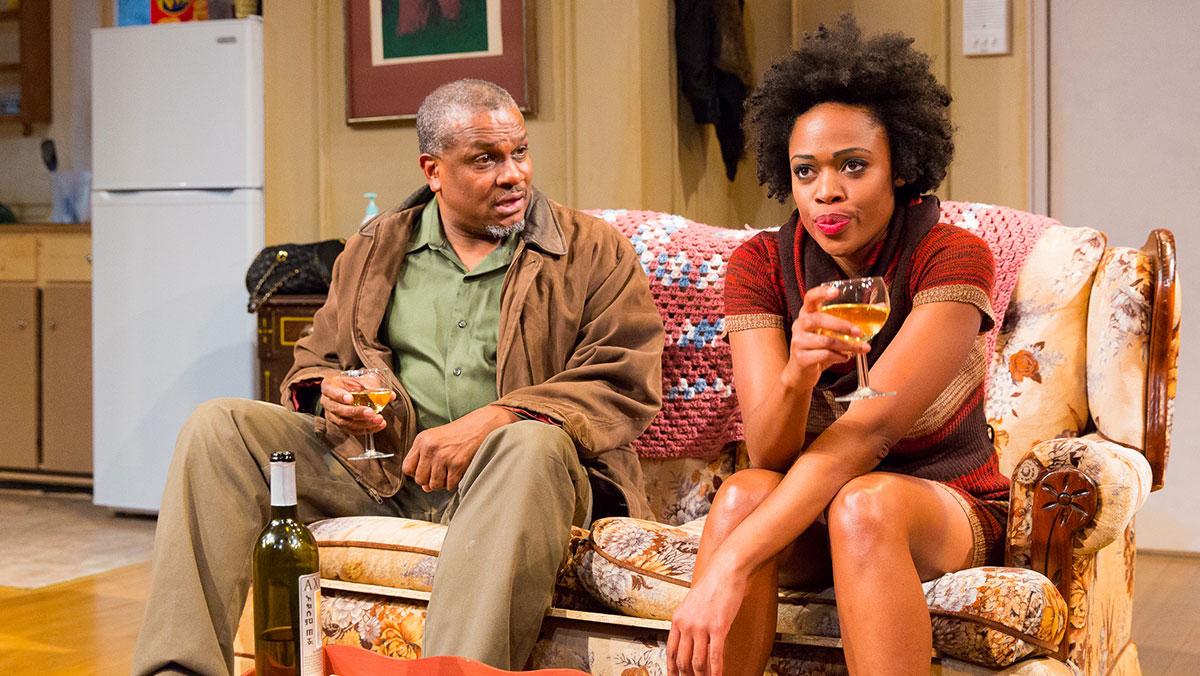 “Family” is a word that seems to have limitless definitions. Now, The Kitchen Theatre is taking to the stage to produce a play that sees just how far it can explore the very essence of what it means to be family. “Sunset Baby,” by Dominique Morisseau, running from Dec. 3–21, is an absorbing character study that explores the concepts of parental responsibility, the past haunting the present and getting a fresh start at life. The engaging performances provided by the actors and the thought-provoking writing both manage to deliver some profound realizations on the topics, though they are occasionally hindered by jagged pacing and uneven moments of over-exuberance.

The play focuses on Nina (Gillian Glasco), the daughter of two former Black Panther leaders who wants nothing more than to escape the hustling life she’s been forced to live and “sit in the horizon somewhere and watch the sun rise and set.” When her formerly incarcerated, estranged father, Kenyatta (Alexander Thomas), re-enters her life to retrieve a cache of hidden letters written by her recently deceased mother, she is forced into a situation where she must choose whether or not to give up the one remaining link she has left to her mother. Matters are further complicated when her boyfriend Damon (Carl Hendrick Louis), a reluctant drug dealer and hustler, wants her to give up the letters and “charge her father for all those years of disappointment” so they may use that money in order to get out of the slums and have a chance at a better life together.

The show manages to be an enticing event due in large part to the strong writing and cast, with the actors bringing an intense and vivacious energy to their characters. Most scenes manage to hit their stride early on and seem almost effortless in their presentation, with the best examples of this coming from scenes between Nina and Damon. Both counter each other’s verbal jabs about their roles within their families with such pinpoint accuracy and precise delivery that the audience cannot help but be engaged.

There are moments, however, where this energy feels a bit too exuberant. The first couple of scenes feel a tad too bombastic in their presentation, with the actors almost seeming like caricatures rather than people living in a heightened reality. They do eventually settle into their roles and move with ease, but it is still a bit jarring at first glance.

The pacing feels too frenzied as well, mostly during transitions between the scenes on stage in Nina’s apartment to a section of the stage where Kenyatta delivers multiple monologues about his life and choices into a camera for Nina to view. These individual scenes are both notably well written and performed as they manage to properly convey the guilt and regret the now-repentant Kenyatta feels for his past mistakes. However, the transitions occur right as the audience settles into the monologue and jump into the next scene with no pause or hesitation. It doesn’t really allow any time for his words to sink in and feels as if the play simply wants to move on to the next scene.

Despite this, “Sunset Baby” is still an exceptional production filled with strong performances and even stronger text. The words echo throughout the viewer’s being, absorbing and pulling them through the murkier side of what family could mean to someone. With stable acting, solid writing, a well-designed set and an excellent use of the music of Nina Simone, “Sunset Baby” delivers a solid night of thought-provoking entertainment that will keep the audience pondering even after the final bow.