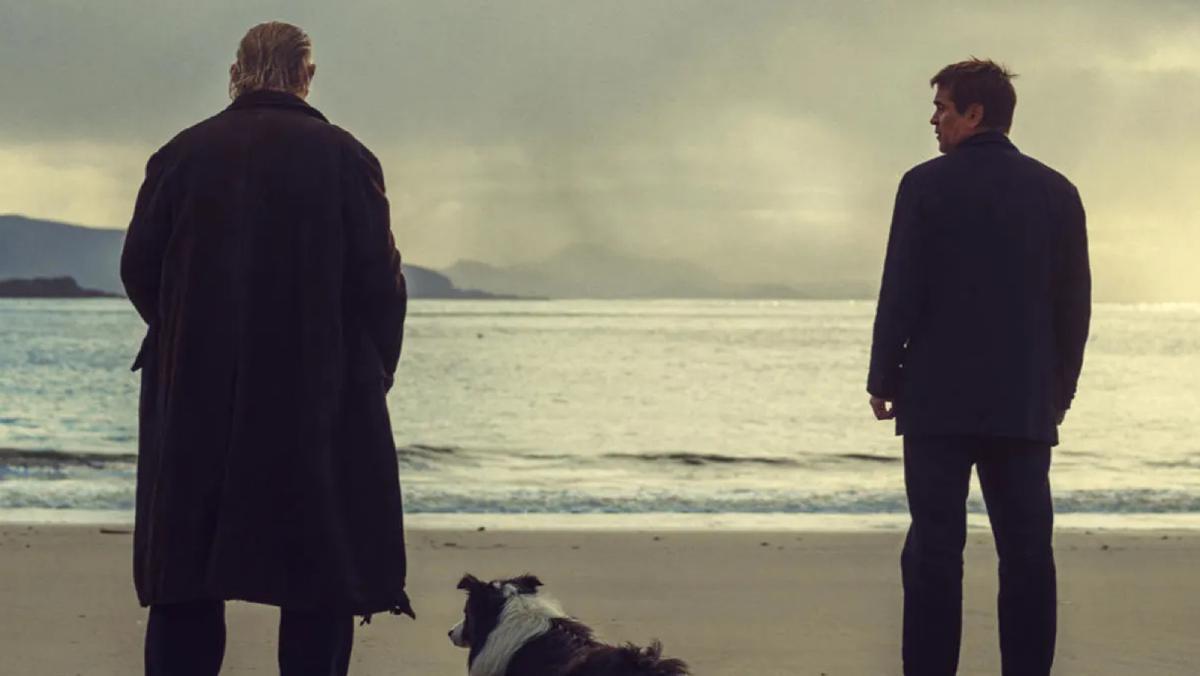 The Banshees of Inisherin

On Oct. 21, Cinemapolis welcomed one of the year’s most anticipated films to its screens: Martin McDonagh’s “The Banshees of Inisherin,” starring Colin Farrell, Brendan Gleeson, Kerry Condon and Barry Keoghan. On the surface, the film is about a man who decides one day to stop talking to his best friend, but it is also a tale of isolation, masculinity, existentialism and classic Irish temperament.

It’s astonishing how well McDonagh’s film is able to capture Ireland. From the long, sweeping shots of green fields to the way the characters talk to each other, anyone who grew up spending their summers in the Emerald Isle will feel right at home. There are subtle things the characters say like “eejit” or ending every sentence with “like” or “so” that just make the film feel so authentically Irish. The film is set on the fictional island of Inisherin in 1923, based on Achill Island off the northwest coast of Ireland. While there is much Irish media that deals with the country’s isolation, like the poetry of William Butler Yeats or the books of Frank McCourt, the feeling is increased tenfold by not taking place on the mainland.

Before he was a filmmaker, McDonagh was a playwright, so of course the dialogue is one of the film’s strongest attributes. The way the characters speak is so conversational yet intriguing, especially Keoghan’s character, Dominic, who sometimes borders on being unintelligible. The film relies on dialogue because “The Banshees of Inisherin” is not a very action-packed movie. However, despite the tranquil, casual nature of the film, it never manages to become boring. From start to finish, there is enough tension in the air to cut with a knife. “The Banshees of Inisherin” may be a quiet film, but it will still leave audiences on the edge of their seat.

A sure highlight of the film was the subplot around Siobhan (Condon). Siobhan is the smartest person on the island and from what audiences can see, the youngest woman, in her early 30s. She is scrutinized for not being married with children at her age, spending most of her time reading and dreaming about a life outside of Inisherin. Irish society during the 20th century put pressure on young women to grow up and become domestic servants as soon as possible, and Siobhan serves as a reminder that women are capable of so much more. While the focus of the story is more on Farrell and Gleeson’s characters, it was a delight to see Siobhan’s story unfold on screen. There isn’t a single weak performance in “The Banshees of Inisherin.”

In addition to the writing, the film is also beautifully shot. Cinematographer Ben Davis proves himself to be a master of scenic photography as well as suspense, similar to Stanley Kubrick’s cinematographer, John Alcott. The footage pairs extremely well with the help of editor Mikkel E. G. Nielsen, who won an Academy Award for editing in 2020 from his work on “Sound of Metal.”

“The Banshees of Inisherin” is the first time McDonagh, Farrell and Gleeson have worked together since the 2008 film, “In Bruges,” which was met with stellar reviews and a laundry list of award nominations upon release. Needless to say, standards were high for their reunion, but it absolutely exceeded expectations. It’s an absolute must-see in theaters!