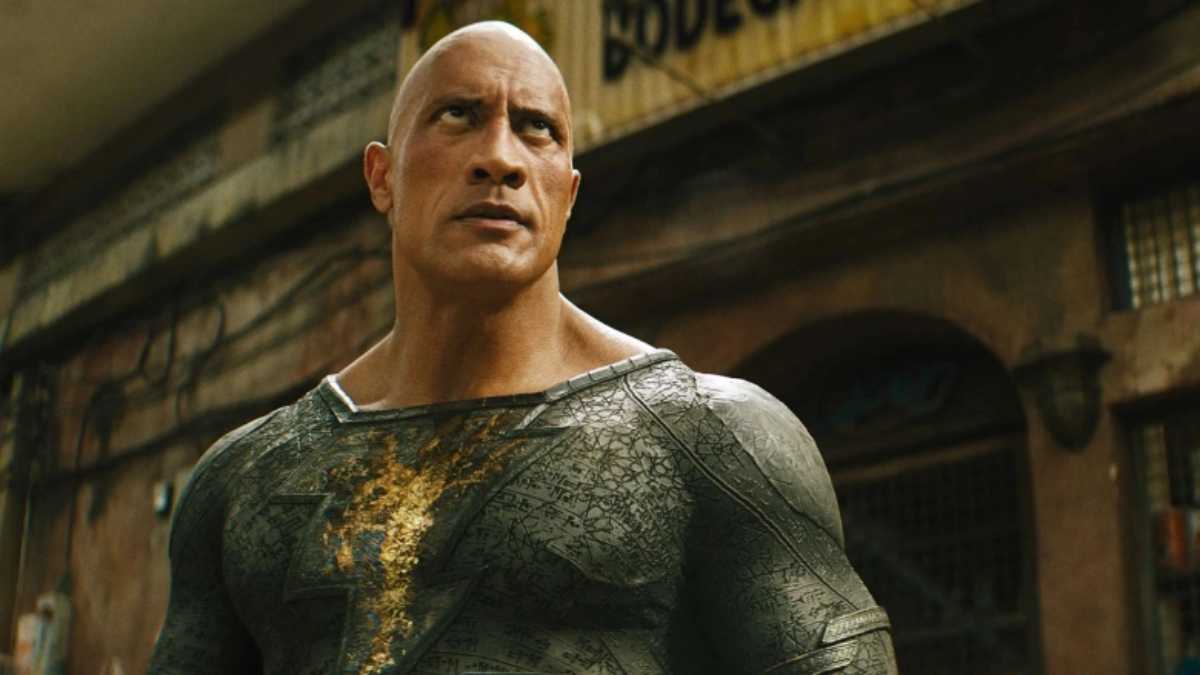 Courtesy of Warner Bros. Pictures
Teth-Adam (Dwayne Johnson) is the lead of the latest DC comic book movie. While he was originally cast in 2007, the film has taken many years to develop: none of which show in the end product.
By Evan Miller — Staff Writer
Published: November 2, 2022

In 2007, Dwayne Johnson first landed the role of Black Adam. Fifteen years later, audiences have seen just about everything the superhero genre can throw at them. It is disappointing that “Black Adam,” a film that had nothing but time to sit with the growing genre to see what works and what does not, delivers a textbook lesson of what comic book films should avoid.

In DC’s “Black Adam,” Teth-Adam (Johnson) is freed from a prison in which he was trapped thousands of years ago. Once he begins issuing his own rageful form of justice upon the city of Kahndaq in the modern world, heroes from the Justice Society, consisting of Hawkman (Aldis Hodge), Atom Smasher (Noah Centineo), Cyclone (Quintessa Swindell) and Dr. Fate (Pierce Brosnan), attempt to stop him.

Somewhere within Black Adam’s story is a good film. It is unfortunate that whenever it may seem as though the film is going to do or say something original, it reverts back inside a shell and presents viewers with stale comic book movie tropes that should have been buried years ago.

The superpowered individuals are all highlights of “Black Adam.” Johnson, while lacking liveliness and emotion in his performance throughout most of the film, is clearly having a terrific time playing Teth-Adam, a character he has waited to share with fans for longer than most actors would be able to withstand. The fun that Johnson is having by playing a moderately villainous role oozes through the screen and keeps the film somewhat engaging.

However, the film is supported by the charismatic and intriguing Justice Society. Each of these four characters carries “Black Adam” on their shoulders through their interesting team dynamic. It is especially impressive that the film is able to make the audience care about each of them as much as it does, considering that they have not been in any films previously and this is not even their own movie. If there is one thing that the film leaves audiences wanting more of, it is these characters, perhaps even more than Black Adam himself.

The only other highlight in “Black Adam” is the compelling moral question it poses about what it means to be a hero. Between the mostly generic-feeling action, there are genuinely interesting moral conversations between Teth-Adam and members of the Justice Society about what separates his form of justice from their own. While he is willing to do whatever it takes to protect those around him, the Justice Society refuses to do what may be necessary. Their inability to kill sometimes makes matters worse than they already are. However, through murder, Teth-Adam walks down a path that may lead to those around him believing him to be a villain.

These moral battles are more entertaining to watch than any of the physical battles seen in the film. However, the film too often leaves these unique concepts on the table to instead pursue a plotline that has been seen too many times in other films of this nature. The main plot revolves around a MacGuffin that must be kept out of the hands of a boring and sigh-inducing villain that the heroes inevitably go on to fight in the third act. “Black Adam” did not need this element to be successful. By the film’s end, it registers as nothing more than a tacked-on trope that the producers felt was necessary to include to keep audiences engaged.

Whether it be the inclusion of frustratingly annoying non-superpowered side characters that induce cringes from audiences whenever they appear on screen or the film’s weak script, at every turn, “Black Adam” incorporates an element that bogs the film down.

“Black Adam” did not need its widely promoted (even by Johnson) post-credit scene featuring a well-known DC character to be successful. What it did need was to embrace its uniqueness rather than cower from it. If it had, perhaps viewers would have cheered for what the film sets up for DC in the future instead of simply cheering because the massive dud of a film was over.