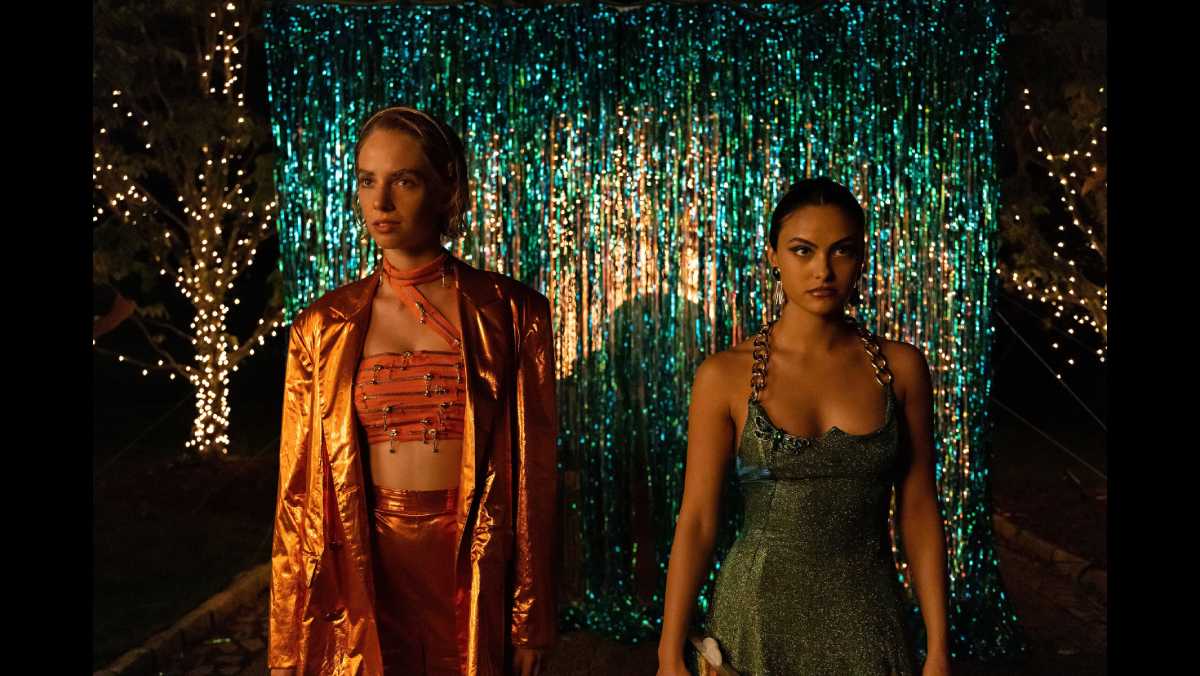 Courtesy of Netflix
While many Netflix original teen movies fail to deliver, "Do Revenge," with its standout cast, costume design and humor, manages to win over audiences.
By Ky Will — Contributing Writer
Published: September 28, 2022

What was expected to be a typical teen drama shocked audiences with many twists and turns in this wild dark comedy. “Do Revenge” a raunchy and hilarious teen comedy, loosely based on “Stranger on a Train” by Alfred Hitchcock, can already be considered a teen movie classic.

At first glance, audiences might think “Do Revenge” is just like any other teen movie, but this movie is not ordinary in the slightest. Popular girl Drea (Camila Mendes) is a middle-class citizen attending a private, prestigious high school on a scholarship when her boyfriend Max (Austin Abrams) ends up exposing an explicit video of her to the entire school. Mendes’ performance is captivating, as the audience’s feelings toward her change throughout the movie. Eleanor (Maya Hawke) is a teenage lesbian who seeks help from Drea to get revenge on the person who wronged her.

Something that really stands out about this movie is the costume design, with the school uniforms being pastel purple and green. Suckers for realism won’t enjoy this film as it is over the top and unrealistic. The costumes in this movie help elevate the characters themselves, perfectly fitting each character’s personalities. The flashy and bold costumes bring this movie to the next level.

The soundtrack is absolutely spectacular, including a mix of old and modern music. Most films feature songs from a particular decade, which “Do Revenge” subverts. The soundtrack includes classics like “Bitch” by Meredith Brooks and “Celebrity Skin” by Hole to modern pop songs like “for the girls” by Hayley Kiyoko and “Happier than Ever” by Billie Eilish. Even though the styles of music are so vastly different, they still somehow manage to work. The music featured is all by women and fits very well into the strong women category.

Typically, when shows and movies include Gen Z humor, it feels awkward and out of place. However, “Do Revenge” managed to have Gen Z humor and still be funny. One of the funniest moments from the movie is when Max creates the “Cis Hetero Men Championing Female Identifying Students League.” It’s humorous without it feeling forced and awkward. In some ways, this movie feels like a darker spin on “Mean Girls.”

“Do Revenge” is a dark, messy and witty movie. The amount of unexpected twists and turns that this movie has will draw the audience in, never failing to entertain the viewers. Although Netflix doesn’t have the best reputation with teen movies like “The Kissing Booth,” “Tall Girl” and “Purple Hearts,” “Do Revenge” is easily one of their best ones to date.