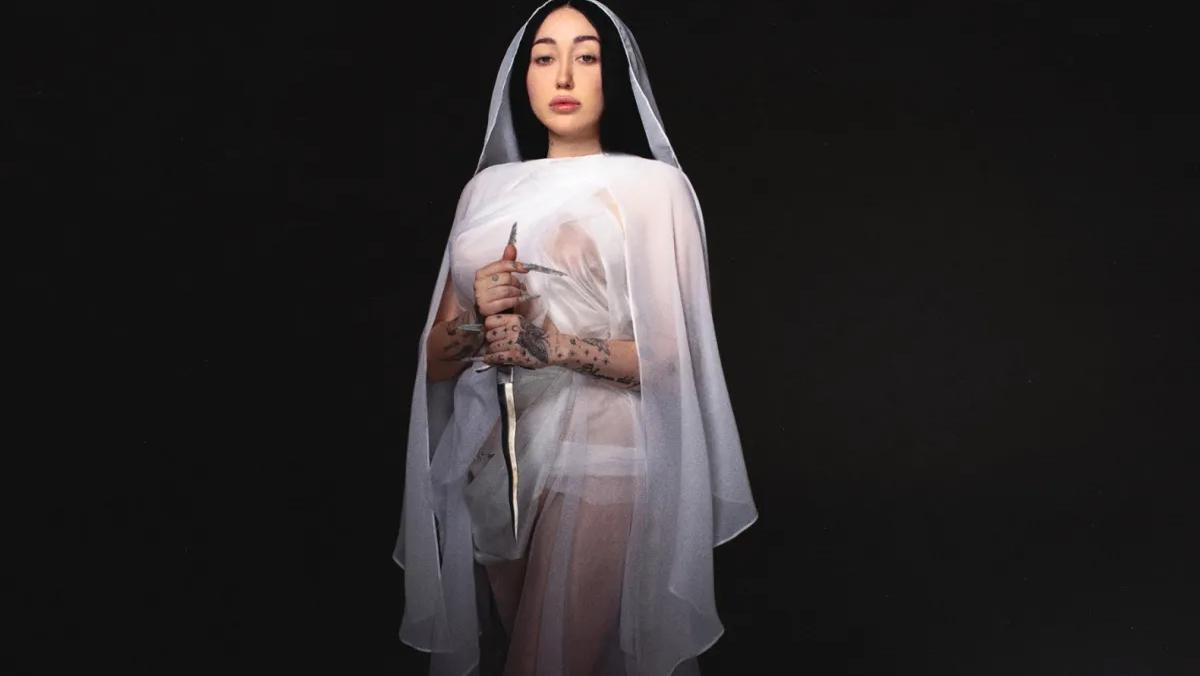 Noah Cyrus took a big leap in her career, officially releasing her first LP, “The Hardest Part,” on Sept. 16. Cyrus is known for her popular songs: “Make Me (Cry)” in 2016 featuring Labrinth and “July” in 2019, the latter becoming popular on TikTok.

This new album tackles heavy-hitting topics such as love, heartbreak, loss, youth and addiction. The heavy topics are accompanied by guitar riffs and gentle yet powerful vocals.

The vocal harmonies throughout the album are the shining star of the album, showcasing both the power and lightness to Cyrus’ voice. The country twang that Cyrus uses adds to the country-pop sound that is the sonic centerpiece of the album. The opening track “Noah (Stand Still)” highlights this musical element.

The first half of the album is the standout. Opening with an emotional ode to the journey that is growing up, “Noah (Stand Still)” features advice given to Noah by her father. “Every Beginning Ends,” featuring singer and guitarist Benjamin Gibbard, is the only feature and one that truly enhances the album; their voices combine beautifully, in a way that illustrates the somber reality of falling out of love.

“Mr. Percocet” dives deep into how substance abuse takes a toll on a relationship. “You’re only mine till your high is gone,” Cyrus sings passionately. “But I wish you’d still love me/ when your drugs wear off in the morning.” The song, the third in the tracklist, seems like a potential future fall hit. The track is the zenith of the album and develops Cyrus further into a future hit-maker.

The second half of the album drags a tad, often repeating similar lyrics again and again. The lyrics also become less sophisticated and emotional as the album progresses. The title track, “Hardest Part” seemingly never ends (not in a good way), and the same harmonies that bless the other tracks overwhelm the song, especially with the added mildly synth-influenced vocal effects. The production swallows the pleasant parts of the vocals; the song overall is very loud. Thankfully, the drums add a nice touch and are the strongest point of intrigue to the track. The standalone phrase of “it’s over” repeats 16 times in “Hardest Part,” not including the times it’s in the context of other lyrics. Most of those 16 times, the vocals are very similar, making the song appear to not build much musically.

Some of the worst lyrics are on “I Just Want a Lover,” which opens boldly and cheesily with, “In the united hate of America/ The hearts are just as broken as the nation.” The chorus has stronger lyrics, but ones that feature a very common trope in songs about wanting genuine love. “Yeah, I just want a lover who’s in love with me,” Cyrus belts smoothly over a sweet country0pop beat. These heartfelt lyrics reflect desires that many young individuals yearn for: genuine love and a lack of betrayal. These emotive lyrics showcase Cyrus’ songwriting prowess, but the formerly mentioned lyrics tarnish the glory of “I Just Want a Lover.”

“Unfinished” and “My Side of the Bed” are another set of breakup songs that are pleasant to the ear. However, they are forgettable and somewhat reminiscent to the heartbreak anthems that have skyrocketed to popularity on TikTok with its list-like and action-based lyrics and piano instrumentation.

“I Burned LA Down” is the second to last track, adding a much-needed spark of fun after the previous ballads. The country twang and strings used in the song work nicely with both the slower verses and fast-paced chorus. Although it is a song about heartbreak, it makes listeners want to dance.

“Loretta’s Song,” a song about reflecting on one’s own death and desires for one’s family to be happy, is an emotional ending to the album; the lyrics of death and family come full circle with the first song. It doesn’t leave much of an impression, though, as it ends up sounding very similar to many of the ballads that came before it on the tracklist.

This album could easily draw a crowd to Cyrus. Although it could be cut down and reworked a bit, “The Hardest Part,” in its flaws and all, showcases the potential that lies in Cyrus, one that could bring her a lot of artistic evolution, fame and praise.

Review: Miley Cyrus earns her place in the spotlight