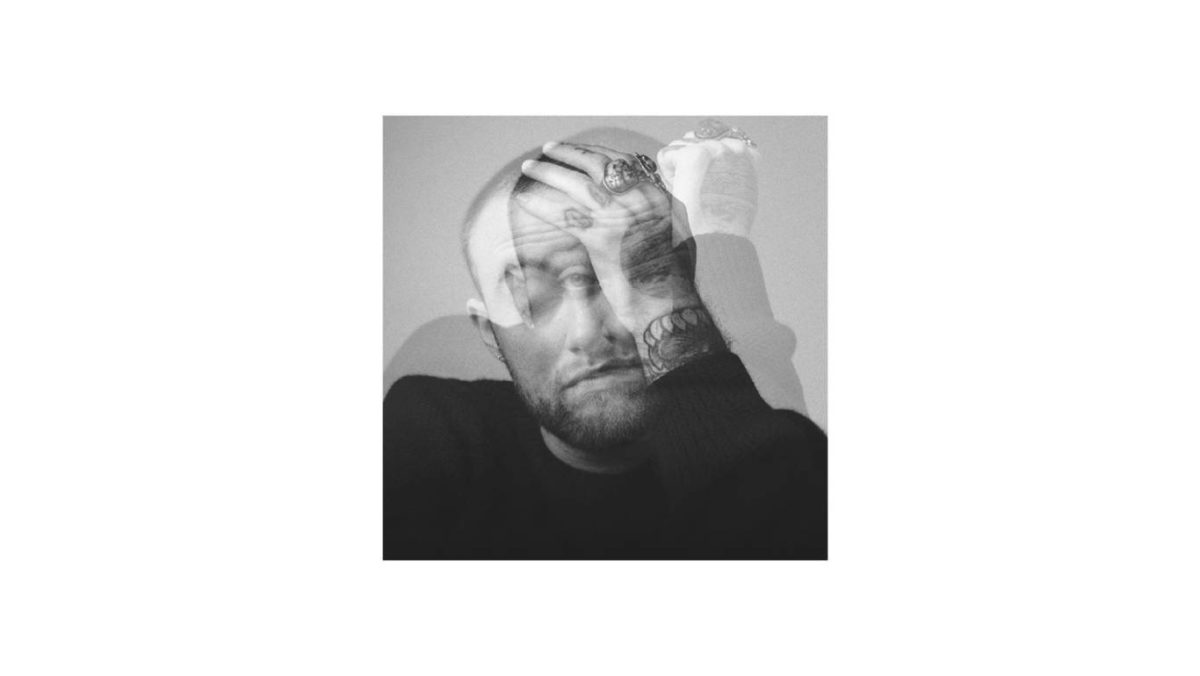 Warner Records Inc.
The release of Mac Miller's album "Circles" is a gesture that is meant to honor the memory of the late rapper. The album offers Miller's impressive lyricism and keeps his memory alive among fans.
By Kara Bowen
Published: January 29, 2020

After his arrival to the hip-hop scene in the late 2000s, rapper Mac Miller’s music was characterized by nonstop, exponential growth. The posthumous release of “Circles,” his sixth studio album, seems to be the natural progression of his previous introspective, psychedelic-influenced creative work.

“Circles” is a companion album to 2018’s “Swimming,” for which Miller was posthumously nominated for a Grammy Award for Best Rap Album. The hip-hop world has seen several posthumous releases from the rapper since his untimely death in September 2018 at 26 years old. In June 2019, Miller’s family approved the release of the singles “That’s Life” with 88-Keys and Sia and “Time” with Free Nationals and Kali Uchis. The rapper had no further accompaniment to his five other albums, however, until his family announced the release of “Circles” 16 months after his death.

For the album, producer Jon Brion and Miller combined funk and lo-fi base with strings, piano and electronic elements. “Circles,” the song, leans more fully into its electronic base while sticking to a backbone of introspective and thoughtful hip-hop. The song “Complicated” goes full electronic with a razor-sharp snare, while “That’s on Me” switches to a piano-heavy waltz.

The running thread through all of the songs is Miller’s impressive lyricism. The album begins with a gut punch of a line: “Well, this is what it looks like right before you fall.” Aside from the painful dramatic irony, the writing remains honest and emotional without being overwrought. The confessions are lightened by other funny, quotable lines, like “I ain’t politicking/ I ain’t kissing no babies,” made playful by rising inflection. Miller’s delivery is always understated, his simple statements laid bare: “I spent the whole day in my head/ Do a little spring cleanin‘.” The lines, underwhelming when written, become compelling and confessional in Miller’s voice.

This lack of spectacle allows Miller to ride out his longer songs like “Good News,” an almost six-minute single accompanied by a psychedelic, hypnotic music video. The song takes its time through its slow progression and lightly plucked strings, while Miller continues with his even-keeled delivery. A groovy bassline, mild water droplet sound effects and background acoustic guitar drive the approximately five minutes of “Woods.” These songs are the crowning points of the album, exemplifying the creative production and charged delivery.

Despite the album’s high quality, an ethical debate looms over its release. Whether or not posthumous record releases are appropriate was brought back into conversation after the deaths of Lil Peep and XXXTentacion and the posthumous album drops of Avicii and Prince. Some releases are more respectful than others: Compare Tupac’s intended-for-release “Killuminati” to the tacky holographic image of the rapper performing at Coachella in 2012.

Posthumous releases are neither inherently good nor bad. Their morality depends on the context and execution. If “Circles” was an unfinished demo never meant to see the light and leaked by a stranger, it would be an invasion of Miller’s privacy. But the rapper had been actively working on the album before his death, and production was completed by Brion, the same producer who worked with Miller on this album and “Swimming.” The release is not an intrusion into Miller’s private work but an honorable piece shared to an appreciative audience.

The last word we hear from Miller is short and sweet “Once a Day.” In a 2015 Billboard interview, Miller said the final song, “Grand Finale,” on his album “Faces” was “supposed to be the last song [he] made on earth.” Compared to the heavy drums, complicated guitar riffs and forceful vocal delivery of “Grand Finale,” “Once a Day” is quieter, based in soft synth and sounds like Miller giving advice to the listener. The track ends on an incomplete cadence, the volume rising with the expectation of leading into another song on the album. But then the song ends, and there’s nothing else. The other 11 songs on the album, and the entire body of work before it, are impressive and cohesive. That makes the album’s insufficient resolution all the more tragic — the promise of more artistic progress, cut short all too soon.