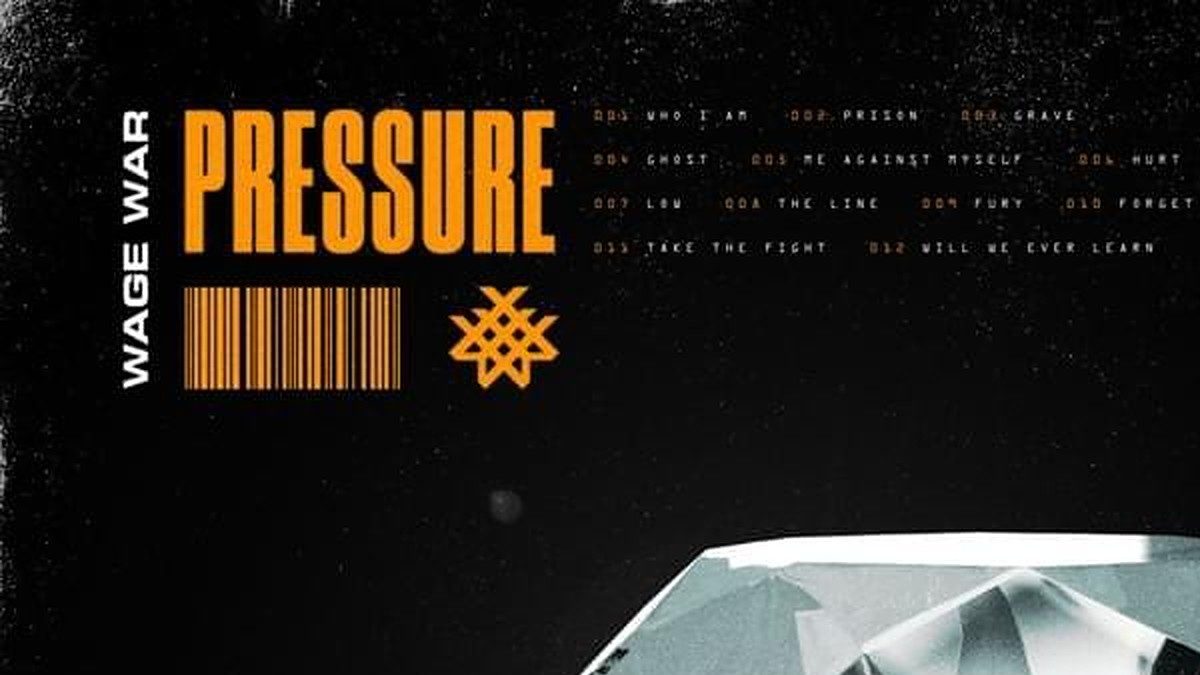 Florida-based band Wage War is one of the latest metalcore groups bursting into the mainstream. Similar to Bring Me The Horizon, I Prevail and A Day To Remember, metalcore bands are often recognized for their sheen over their grit. These groups polish their sounds to achieve the perfect ratio between hardcore screams and instrumental breakdowns to create catchy, radio-friendly rock anthems. Most times, this is difficult to achieve. But with “Pressure,” the band’s anticipated third album, Wage War comes close to this balance by incorporating a lighter, poppier sound along with its usual heavy bangers.

The album starts off with “Who I Am,” one of the leading singles that dropped when the band announced the LP on July 9. This track begins with one of the band’s signature breakdowns, complete with intricate guitar riffs and a catchy beat. However, the lyrics set the tone for what’s to come. With lines like, “You learn to live with pressure when it’s the only thing you feel” and “Don’t forget I’m human/ I’m not alive for your amusement,” the band touches on feelings of anxiety, depression and perfectionism.

The next track, “Prison,” experiments with lighter, pop-esque sounds in unexpected ways. Within 10 seconds of the song, powerful vocals from lead vocalist Briton Bond burst through — but, this time, instead of using his signature range of screams, he dips into smooth, melodic singing. Contrary to the majority of songs where he screams, “Prison” deviates from the band’s typical sound. The chorus, sang by rhythm guitarist and vocalist Cody Quistad, is not as strong as the other verses, but Bond’s transition from deep croons to high-pitched screams is smooth, showcasing vocal versatility that usually isn’t depicted in metal bands.

Though some songs on “Pressure” find a sweet balance between their hardcore roots and their pop-rock experimentation, others miss the mark. “Grave” is quite an attention-grabber with a danceable beat and piercing lyrics like, “You’re still the person I remember/ Make sure they’re watching, so you’re the center” and “Your mind’s the drug, and you skipped the intervention.” However, its chorus is repetitive and predictable. “Me Against Myself” is one of Bond’s strongest tracks vocally — his deep tone and the mellowness of his voice add a layer of much-needed emotional depth to a song about battling your inner demons. Despite this, the chorus is underwhelming at best. Though its lyrics about mental health issues relay a compassionate message, its execution is unoriginal.

“Ghost” and “Will We Ever Learn” are arguably the best songs of “Pressure” — perhaps even Wage War’s entire discography. “Ghost” takes a hard turn back to its metal roots — and in the best way possible. The guitar solo in the bridge, which can only be described as an absolute masterpiece, fades into a killer breakdown reminiscent of its 2015 debut album “Blueprints.” At the same time, “Ghost” shows how much the band has grown and improved its sound over time. “Will We Ever Learn,” the final song of the album, showcases both Bond’s gentle, soothing vocals and Quistad’s dynamic vocal range. However, it also shows how well its vocals blend together to tell a story about lost love and learning from mistakes, making this track an epic finale to the album.

Compared to its first two albums, “Pressure” seems like the oddball of Wage War’s discography. However, the album shows how much the band has honed its sound and developed in-genre versatility over the years. Though older fans may be skeptical of the lighter songs on this album, the band shouldn’t be worried. Through “Pressure,” Wage War is able to combine the heavy and the melodic into something awe-inspiring, instilling yearning for what the band has planned next.