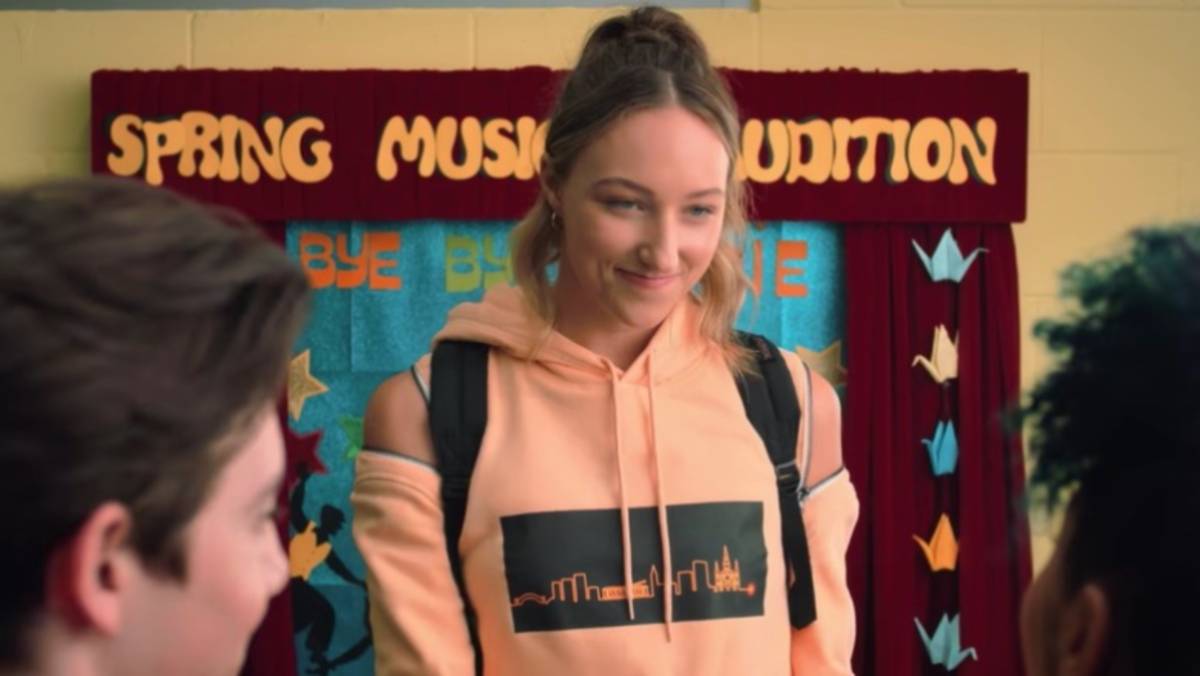 Courtesy of Netflix
"Tall Girl 2" is obnoxious, it makes better background noise than it does a movie.
By Sydney Brumfield — Staff Writer
Published: February 24, 2022

Looking for a film that evokes the feelings of polite indifference and boredom? Look no further than the most unnecessary sequel of the year, “Tall Girl 2.” Directed by Emily Ting, “Tall Girl 2” relies heavily on the character arcs and relationships from the first film, aptly named “Tall Girl” (2019), leaving viewers to have to remember back to the first film if they’d like to try and elicit anything meaningful from this film.

“Tall Girl 2” follows Jodi Kreyman (Ava Michelle) — a 6’1 highschooler who looks like a runway model — who after years of being insecure about her height, feels confident enough after the events of the first film in this series to audition for the lead in her school’s musical. Unsurprisingly, Jodi gets the lead and has to learn to balance musical practice, school and her tumultuous love life.

Shockingly, the movie starts out pretty strong. It walks the fine line between corny and cringy with the interactions between Jodi and her boyfriend Jack Dunkleman (Griffin Gluck). The pair also genuinely found ways to allow for their on-screen chemistry to shine through. The first act of this film is also full of genuine moments of comedy between Jodi and her friends, or situational humor that occurs when a 6’1 girl is dating a 5’7 boy.

The talent in “Tall Girl 2” is doing the best with the material they were given. Like most teen rom-coms, the dialogue is clunky at times and the acting tends to be a little bit too dramatic for the situations that occur — like when Jack is outraged that Jodi isn’t taking their three months anniversary seriously because she would rather go practice her lines for the musical. But ultimately the majority of the performances given by the actors in this project were compelling and believable, even if the situations were a little unpragmatic.

Unfortunately, the nuggets of comedy quickly fall by the wayside and “Tall Girl 2” grows pretty boring to watch. By the second act, when Jodi is in the full swing of musical practice, and all of her friendships and relationships are being put to the test, she begins to suffer from anxiety attacks. The inclusion of the conversation surrounding anxiety and self doubt is an important one, especially in media targeted towards teenagers. But the constant recurrence of Jodi’s self doubt becomes annoying and overdone very quickly.

The substance of “Tall Girl 2,” much like “Tall Girl,” is extremely shallow the majority of the time. Jodi’s primary conflict is still how others perceive her with the underlying struggle  with self acceptance. While this is an important message for many impressionable viewers to experience, the problem with it is the resolution to this conflict. No tangible solutions are offered to viewers on how to resolve their own self-doubt or insecurities, Jodi just does it with no explanation aside from ignoring the little voice in her head.

Truthfully, “Tall Girl 2” is a boring and comfortable film to watch. Viewers can expect that by the time the credits roll all of the conflicts will be resolved and the primary cast of characters will be content with said resolutions. The film leaves nothing to the imagination and offers no engaging twists or changes.

“Tall Girl 2” isn’t great, but it’s not the worst Netflix Original of the lot. This movie isn’t trying to be anything it’s not and can definitely serve as some much needed background noise.