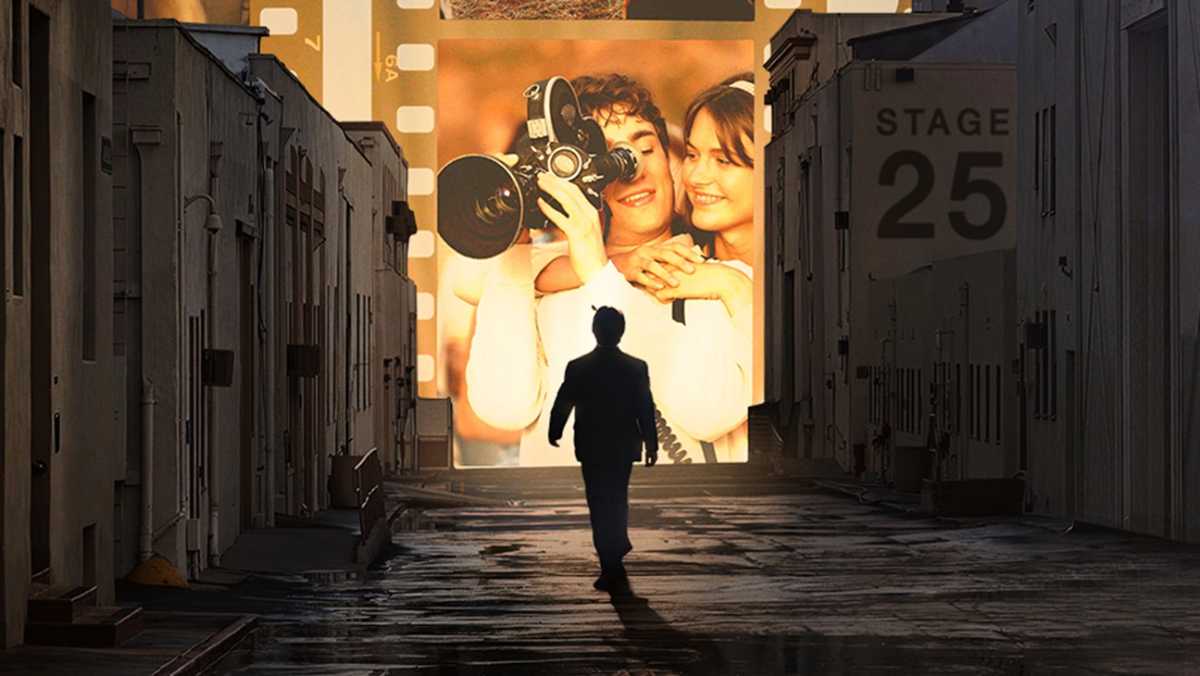 Courtesy of Amblin Entertainment
After his parents take him to see Cecil B. DeMille’s “The Greatest Show on Earth," a young Sammy Fabelman falls in love with the art of filmmaking.
By Evan Miller — Staff Writer
Published: December 6, 2022

If there is one director whose name is synonymous with the art of cinema, it is Steven Spielberg. Spielberg’s films have inspired awe and wonder in audiences of all ages for nearly half a century. He is responsible for producing films like “E.T.,” “Jaws,” “Jurassic Park” and many more that filmmakers who have come after him, like J.J. Abrams and Matt Reeves, have praised as the movies that first lit a spark for their love of cinema. In “The Fabelmans,” Spielberg shines a spotlight on his own life in what is his most personal film yet.

“The Fabelmans” showcases much of Spielberg’s early life and upbringing, with the titular family serving as a stand-in for his own. For all intents and purposes, Sammy Fabelman (Gabriel LaBelle) is a model for Spielberg in the film.

“The Fabelmans” opens with Sammy’s mother, Mitzi (Michelle Williams), and his father, Burt (Paul Dano), taking him to see his first ever movie, Cecil B. DeMille’s “The Greatest Show on Earth.” What had initially sparked fear in Sammy became an obsession that began his love affair with creating films. From here, Spielberg displays some of the significant events in his early life that made him the person he has become. Audiences see some of his first home movies, his parents’ divorce and the antisemitism he faced as a young man in high school and more.

Spielberg does not hold back, providing an honest and open look behind the curtain at some of his most intimate childhood moments. The director’s life has always been reflected in some way in films, like in “E.T.,” in which he imbued some of the feelings he felt about his parents’ divorce into the character of Elliott, or in “Saving Private Ryan,” a film he made for his father who fought in the second World War. However, in “The Fabelmans,” he takes the opportunity to share with people what almost feels like a therapy session. He opens up to his audience in ways that never cross the line of self-indulgence or feel overly sentimental. His story does not always grab viewers in ways that keep them engaged, simply because it, at times, feels like one they may have seen before in other films. However, “The Fabelmans” is a rousing new entry in his filmography that, like all of his films prior, will inspire the next generation of filmmakers to take up the craft.

In the process, the film displays magnificent performances from its cast, with a particularly phenomenal performance from Williams. Williams is mesmerizing and takes Spielberg’s material to another level, stirring laughter in some moments and tears in others. In a film that will undoubtedly be a front-runner in this year’s Academy Awards race, Williams will certainly go the distance to landing a nomination for her work. The performance given by veteran actor Judd Hirsch is another notable, yet very minor, presence. Hirsch makes the absolute most of his roughly 10 minutes of screentime as Mitzi’s uncle who pays the family a visit at a significant moment in the film. He gives Sammy an emotionally powerful speech that will likely resonate with any viewer who is or has ever been in Sammy’s shoes as an aspiring artist. Throughout “The Fabelmans,” LaBelle perfectly captures the essence of someone who needs to create art as much as they need food and water to survive. He is fantastic in what will likely be a star-making role.

Frequent Spielberg collaborator Janusz Kamiński’s gorgeous cinematography and the legendary John Williams’ moving score both do their parts in helping create the film’s tone. Kamiński’s work in particular often makes the film appear to the viewer as though they are looking directly into the memories of Spielberg. There are certain shots that have a snowglobe-like atmosphere to them — one that feels warm and nostalgic as you look into it. Williams, in what will likely be his final collaboration with Spielberg, creates an emotionally melodic throughline that utilizes the piano, the instrument Spielberg’s mother played.

Although “The Fabelmans” might not be looked back upon in the history of cinema as one of Spielberg’s greatest films, it fulfills its purpose in spades, giving fans the in-depth look at the cinematic auteur’s life that they have always wanted.