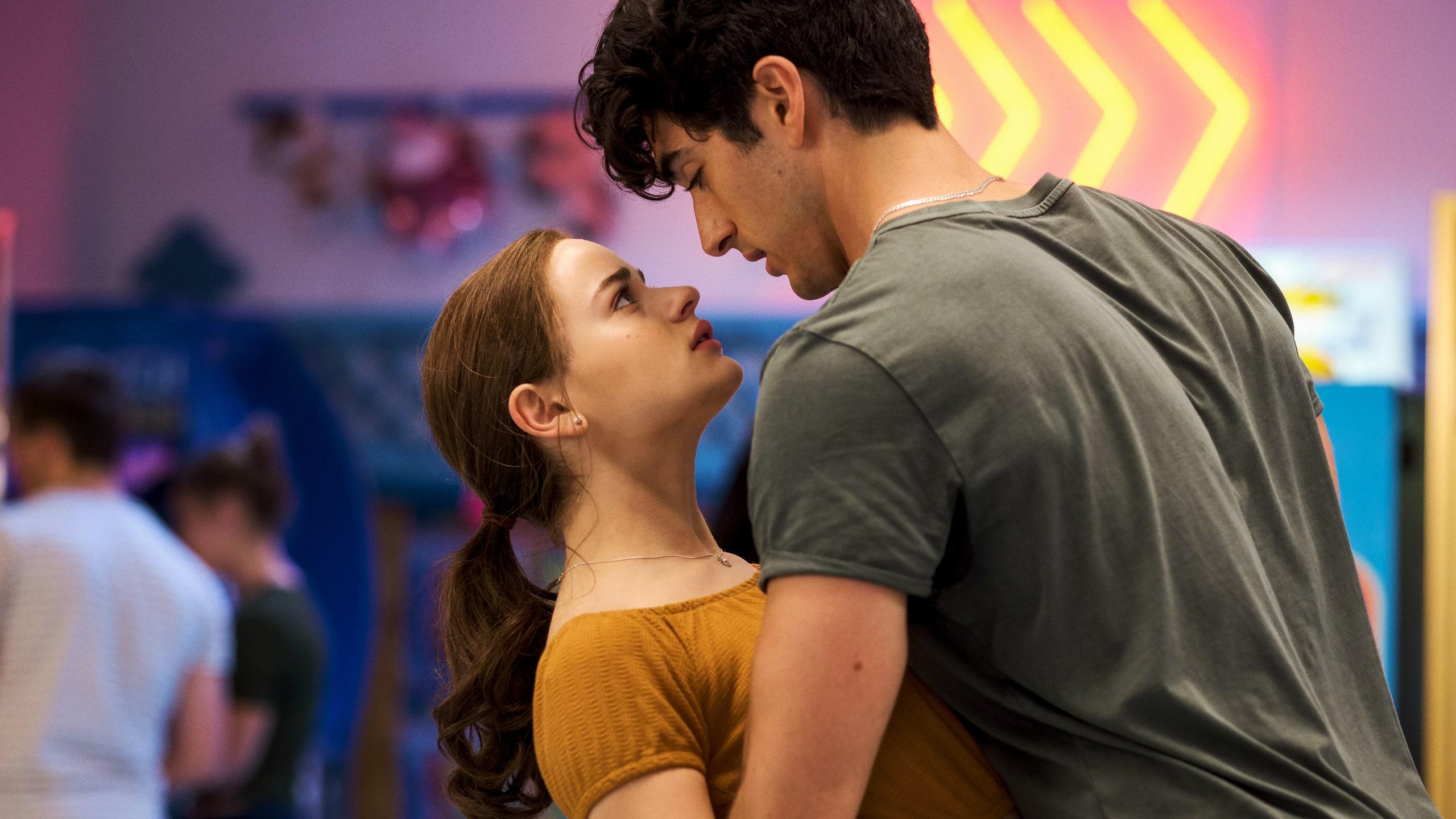 Courtesy of Netflix
"The Kissing Booth" appeared on Netflix in 2018 and told the story of protagonist, Elle, falling for the most popular boy in school Noah. Now the story continues, retaining all the drama, humor, and charm of the original.
By Gabrielle Topping — Staff Writer
Published: August 5, 2020

Beth Reekles’ novel “The Kissing Booth” accumulated 20 million reads when she published it on Wattpad in 2010 at 15 years old. After Random House Children’s Books selected the book for commercial publishing, Netflix released a film adaptation in 2018. Two years later, the franchise is still going strong with the release of “The Kissing Booth 2,” a film adaptation of Reekles’ second book in the series.

In the first film, high schoolers Elle Evans (Joey King) and her best friend, Lee Flynn (Joel Courtney), pitch their idea for a kissing booth at their homecoming carnival fundraiser. At the kissing booth, Elle and Noah Flynn (Jacob Elordi), Lee’s brother and the most sought-after boy at school, kiss. Despite Elle and Noah knowing Lee is against their relationship, they start secretly dating.

“The Kissing Booth 2” further explores Elle’s life as she maintains a long-distance relationship with Noah as he begins his freshman year of college, an evolving friendship with Lee and feelings for her new classmate and dance partner Marco Peña (Taylor Zakhar Perez).

With Noah away at school, Marco is the next guy all the girls are fawning after. His presence heats up the drama in the film, especially when he starts pursuing Elle. Ultimately the love triangle is childish, but Noah’s maturity is shown by the actions he makes in dealing with the situation.

Meanwhile, college decisions and an intense Dance Dance Mania video game competition loom in the distance. Elle is particularly stressed about the competition because there is a cash prize and a win for Elle means she could pay for college. The next problem is if it will be with her boyfriend at Harvard University or with her best friend at the University of California, Berkeley.

The romantic comedy focuses on the school year up until Thanksgiving and then fast-forwards to the end of the year with the use of cinematic montages. This technique allows for the highest points of drama — Elle and Marco’s dance competition, Elle and Lee’s college application decisions and Elle and Noah’s future as a couple — to shine in the film. Despite all the skipped time, this decision ultimately improves the pacing of the film, putting the focus where it belongs.

Both “The Kissing Booth” and “The Kissing Booth 2” are beautifully executed on screen with the perfect balance between a glamorous life in Los Angeles and authentic hardships. While the first film focuses on Elle’s romance with Noah, the second film highlights the necessity of communication when maintaining healthy relationships, both platonic and non-platonic. Although romantic comedies are known for being cheesy, the complex story arcs of the characters and the light-hearted feel of the film contribute to the audience’s investment in the characters’ futures.

Unlike its predecessor, “The Kissing Booth 2” incorporates more of Lee’s relationship with his girlfriend Rachel (Meganne Young), which sparked when they locked lips at the kissing booth in the first film. Lee and Rachel have a sweet romance which Elle frequently third-wheels, inevitably creating tension among the trio. This dynamic is unfortunate for Rachel, who feels she can’t compete with Elle for her boyfriend’s attention, yet hilarious for the audience. When their triple costume of graham crackers and smores is swapped for Ghostbuster costumes at the Halloween bash, Rachel is the only one to show up to the dance as a fluffy white glob.

In true “Kissing Booth” fashion, the next homecoming carnival kissing booth is a smashing success and unites existing and new romances. Classmate Ollie (Judd Krok) contemplates kissing a girl at the kissing booth but finds the courage to reveal his long-time crush to Miles (Evan Hengst). In a picturesque scene, Ollie asks Miles if he bought a ticket and the two share a kiss while their classmates cheer them on. The bright carnival lights in the background create a romantic feel for the new couple while the camera flashes to the classmates’ shocked yet excited reactions.

As the drama in the second film starts to settle, Elle’s college decision still remains a mystery, leaving the audience only wanting more. “The Kissing Booth 2” is currently No. 1 on Netflix’s viewing charts and, luckily, the streaming service announced that “The Kissing Booth 3” is in post-production and is set to launch on Netflix in 2021.