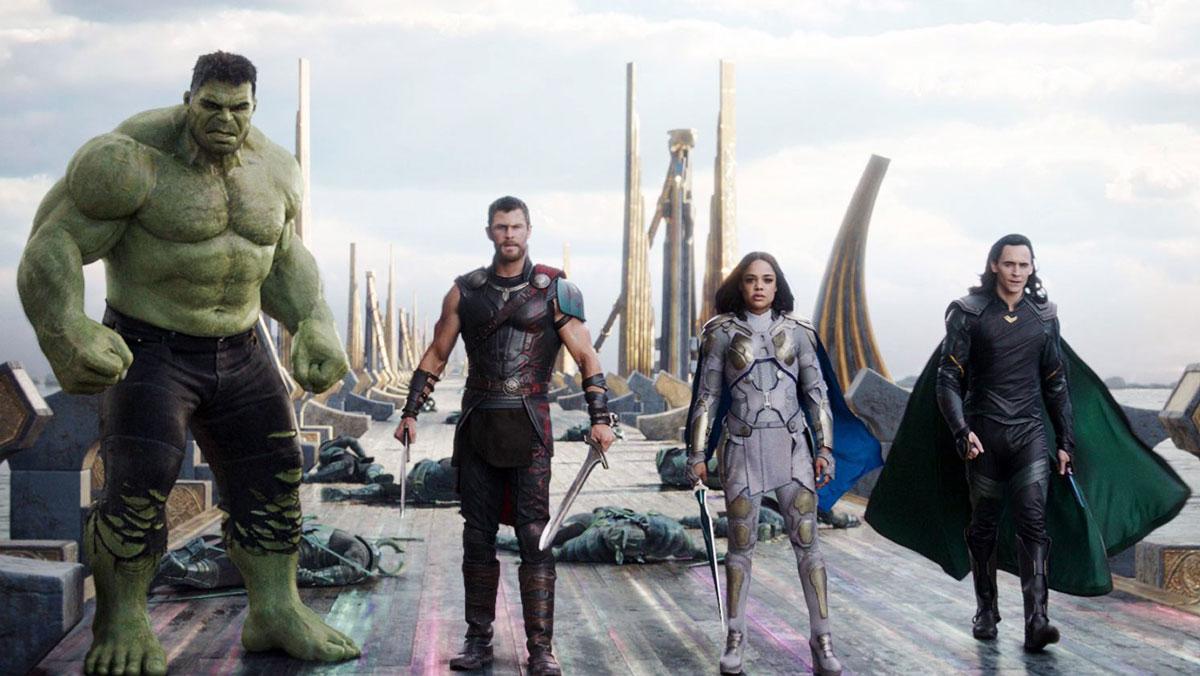 Korg (Taika Waititi) is an imposing, imprisoned gladiator. He is a man made of rocks, hardened by combat. And he’s a soft–spoken, starry-eyed revolutionary. Korg is one of the many new characters introduced in “Thor: Ragnarok” to mix up the “Thor” formula. Like Korg, director Taika Waititi tries to revolutionize the Marvel Cinematic Universe, and like the towering rock–warrior, Waititi fails to fully realize his vision.

There is a lot going on in this movie. The story mainly consists of three parts. First, there is the arrival of Hela (Cate Blanchett), Thor’s long-lost sister, who aims to dominate Asgard. A significant portion of the movie is devoted to the planet Sakaar, where Thor and the Hulk (Mark Ruffalo) are captives of the Grandmaster (Jeff Goldblum). Lastly, Thor and his team return to Asgard to fight Hela.

The MCU is often criticized for sticking to the same formula. This latest addition to the series stands apart because it tries to stand apart. While superhero films are rarely grounded in reality, Waititi delivers a story that is absolutely fantastical and otherworldly. At various points, Thor fights Surtur, the Norse fire giant, battles zombie Asgardian soldiers and travels along the rainbow Bifrost Bridge. The scenes on the bridge are like an LSD trip, with wild, vibrant colors filling the screen. To further this uncanny setting, Hela employs the giant reanimated Fenris Wolf in her quest to take over Asgard.

Waititi challenges the viewer to suspend their disbelief and invest in this incredible story that harkens back to heroic epics. Some previous Marvel movies focus on similarly abnormal settings. The Guardians of the Galaxy fight a living planet. Doctor Strange traverses the astral plane and battles mystical enemies. The two previous Thor movies are largely based on Norse mythology. This film surpasses the unreality of its predecessors by defying logic and embracing the quirks of the ’80s.

“Thor: Ragnarok” succeeds in capturing a new style, largely due to its reliance on the mythological. However, it is still plagued by some of the Marvel movies’ consistent shortcomings. The plot has very little substance. This superficiality is partially due to the fact that there are so many story threads that Waititi tries to weave together. The depth of each subplot suffers, as none of them can be sufficiently fleshed out. For example, part of the film focuses on the family dynamic between Thor, Loki (Tom Hiddleston), and Odin (Anthony Hopkins). At the end of this film’s predecessor, “Thor: The Dark World,” Loki dies. When Thor discovers that his brother is still alive, there is minimal emotional impact in “Ragnarok.” Thor barely displays any emotion in what should be a dramatic moment. The same sentiment holds true when the two brothers find Odin, who has been missing since “Thor: The Dark World.” This moment, and the ensuing scene, should be powerful, but instead, they feel relatively insignificant. This is representative of the movie’s fatal flaw. While the modernization of mythological concepts is enthralling, the lack of consequential plot points makes it difficult for the viewer to invest in the plot.

Too much of a good thing can often be a bad thing. In “Thor: Ragnarok,” this rings true in regard to the use of comedy in the film. The MCU is often lauded for its effective humor. However, this film proves that jokes can do more harm than good. While plenty of the witty comments and other humorous moments generate laughs, they detract from the emotional impact of the story. The problematic pacing and balance of the comedy precipitates this effect. Several times throughout the movie, dramatic moments are undercut by a poorly placed joke. For example, when Thor and his team attempt to escape Sakaar, they must travel through an ominous red portal, which is absurdly named The Devil’s Anus. This faulty joke placement weakens the emotional depth of the film.

“Thor: Ragnarok” is a film that’s hard to hate and hard to like. It fails to provide noticeable ramifications for the MCU as a whole, but at the very least, it is a fun ride filled with laughs.