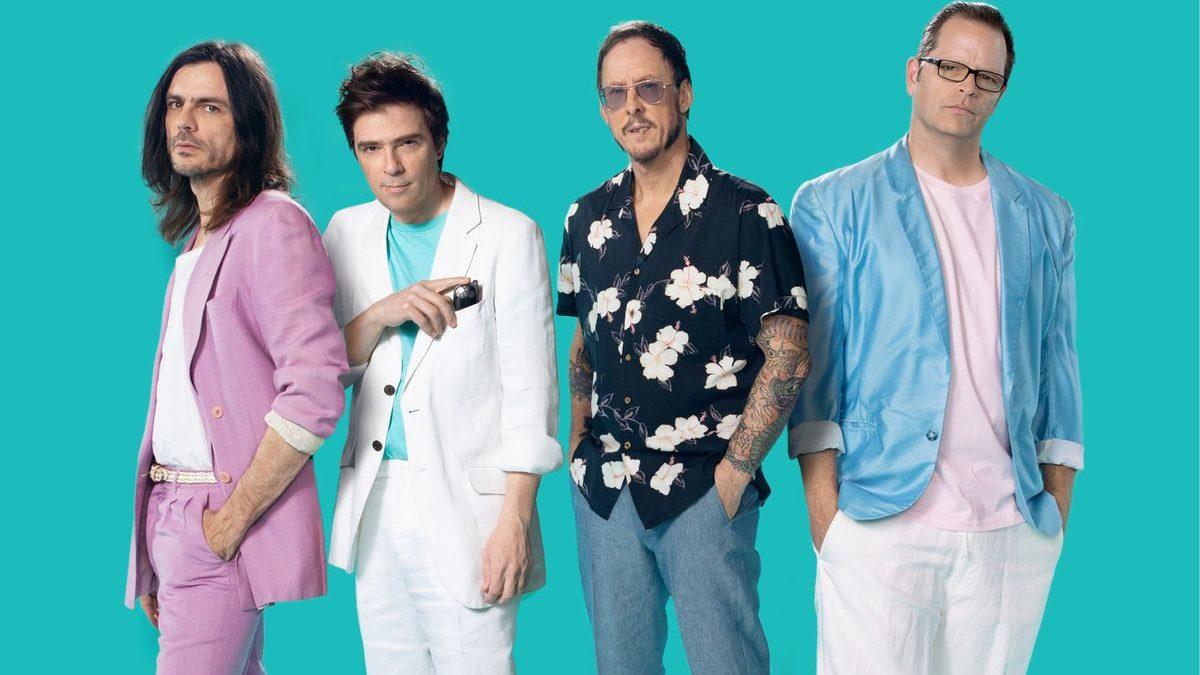 Atlantic Records
Weezer reached meme status when the group released a cover of "Africa" by Toto after a fan on Twitter requested it. Now, they have a whole album of covers. While most covers are strong, some fall short.
By Hannah Fitzpatrick
Published: February 8, 2019

In December 2017, Twitter user @weezerafrica posted a tweet tagging Rivers Cuomo, the lead singer of Grammy Award–winning rock band Weezer, with a simple request: “it’s about time you bless the rains down in africa.” Months later, the group finally did bless the rains by releasing a cover of Toto’s “Africa” in summer 2018, with the same tweet on the digital cover, and to much success. The song reached No. 1 on the Billboard Alternative Songs chart in August 2018, becoming the band’s first number one single since “Pork and Beans” in 2008. The song also became a huge meme on Twitter, with users expressing their love for “Africa” for months on end.

Now, as a way of promoting their upcoming release of the “The Black Album” in March 2019, the band has dropped their surprise “Teal Album,” full of cover songs from artists like Eurythmics, The Turtles and Michael Jackson. Along with keeping the trolling alive, “Teal Album” is unexpectedly genius because it stays true to the original songs while putting its own “Weezer” twist on them.

“Teal Album” starts off expectedly with their cover of Toto’s “Africa.” Meme-status aside, this cover is on point. The band is able to meticulously replicate this song, up to the recognizable synths in the bridge, while also making it their own by adding epic guitar riffs and drum solos. However, the one aspect of this track that could have been executed better is Cuomo’s vocals. The overall style of “Africa” fits his vocal style like a glove, sounding melodic and mellow throughout. The chorus is another story. The original “Africa” has a powerful, ballad-like chorus that is hard to forget, but in this version, it feels like Cuomo is holding back. This, in addition to the heavy layering of vocals, makes what would be a legendary chorus bland and unimpressive.

The next two songs, Tears for Fears’ “Everybody Wants To Rule The World” and The Eurythmics’ “Sweet Dreams (Are Made Of This),” are a step up in the karaoke game. Through both songs, it is clear that the band is trying to keep their covers as accurate to the original version as possible, but what stands out is how well they execute it. “Everybody Wants To Rule The World” showcases Cuomo’s vocal range, with delicate highs in the verses to deep lows in the chorus. The lack of layering vocals throughout the song also helps Cuomo stand out from the groovy guitar riffs and synthesizers, making it a fun track overall. “Sweet Dreams (Are Made Of This)” is arguably one of the best tracks on the album. Right from the beginning, this song goes hard — it starts off with the original version’s famous synthesizer riff, then with powerful vocals layer by layer, which, again, shows off Cuomo’s vocal ability. Complete with a catchy guitar and synthesizer solo near the end, this track’s overall style screams “Weezer” and is pleasantly addictive.

With every high point on an album, however, comes its lows, and “Teal Album” is no exception. Their rendition of Electric Light Orchestra’s “Mr. Blue Sky” is grayer than anticipated. Though the guitar solo in the second verse adds a nice blues-rock touch to an otherwise pop-heavy song, Cuomo’s voice sounds monotone throughout and does not feel like it fits the general mood of the track. Their version of TLC’s “No Scrubs” is laughable. Covering a song completely outside of their genre is a bold move, and Weezer was still able to add its own twist to it by adding heavy guitar and drum riffs. However, this track makes you want to listen to the original song 10 times in a row in order to make up for the three minutes and ten seconds of Weezer’s utter atrocity.

Overall, “Teal Album” focuses on covering ’80s hits and feels like a missed opportunity to teach new listeners about the band’s beginnings. But the purpose of this LP is not to teach us about the band, it’s to keep us talking about them. And for that, Weezer deserves a round of applause.