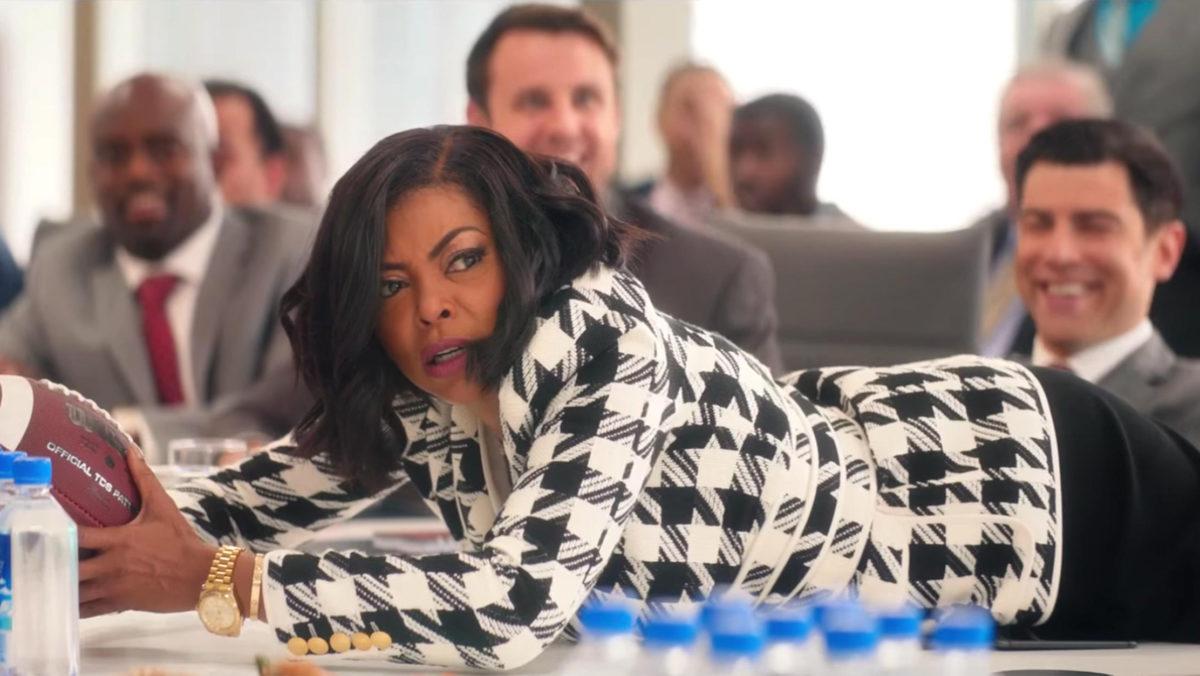 Paramount Pictures
"What Men Want" is a poor attempt at exploring systematic misogyny. Instead of delving deep into issues and creating a comprehensive commentary, the movie only skims the surface of what it was trying to achieve.
By Alex Hartzog
Published: February 12, 2019

Many people, at one point in their lives, have wanted to know what the opposite sex keeps locked behind their lips. If one day someone actually had the ability to decipher these thoughts, what would happen? That is what “What Men Want” attempts to answer.

The romance in this fantasy rom-com feels tacked on, as the main character pursues romance only to further her own agenda: signing a contract with the next NBA star, Jamal Barry (Shane Paul McGhie).

The main character, Ali Davis (Taraji P. Henson), works as a sports agent at Atlanta Sports Management and has been eagerly awaiting a chance to receive a partnership bid from the company for years. It is heavily implied within the first 10 minutes of the film that she has been passed up several times already. In a board meeting, Ali is once again passed up on a partnership plea in favor of a male coworker she sees as less qualified than her. This infuriates Ali, and at a bachelorette party later that evening, her friends take notice. The women suggest that Ali get a reading from a psychic to lighten the mood. Then, in comes the comically stereotypical psychic, Sister (Erykah Badu), who gives Ali a mysterious Haitian tea, and, following a drunken montage, Ali wakes up to find that she can read the thoughts of men.

Many of the jokes seem focused on making fun of men instead of asking anything deeper of Ali or the audience. The movie lightly treads around the misogynistic mindsets of the men Ali hears the thoughts of, but she rarely takes a stand against it. Instead, Ali quietly allows the misogyny to continue and never presses into what else the men are thinking.

Many of the jokes in the movie, while wholly inaccurate, are funny and add charm to the movie as it attempts to show some of the more fun aspects of Ali’s newfound powers. Some of the jokes made near the beginning of the movie feel a little cheap but, surprisingly, end up paying off in the third act of the film.

Some of the line delivery from the cast was enough to make even the blander jokes seem quite funny. The cadence and tone of the actors helped to accentuate jokes and added an extra layer of comedy. A notable example of this is the psychic scene early in the movie, which had one of the best deliveries in the entire movie — spot-on comedic timing, over-the-top, slapstick acting and the actor’s creative uses of the set — making the somewhat dull act of tarot card reading interesting.

A main gimmick of the plot is Ali knowing what the male-dominated industry is thinking, meaning she can finally claw her way to the top. She immediately aims for the most sought after business conquest in her field and tries to sign Jamal Barry, who is guarded by his eccentric father Joe ‘Dolla’ Barry (Tracy Morgan).

At the beginning of the film, Ali is a strong-willed woman who does not take “no” for an answer. As soon as she is thrown into the thick of things, she reveals what will be her central flaw: She cares only about herself, and she will lie and use other people as pawns to achieve her goals. Ali is supposed to be the character the audience wants to see win, but at every step, she continues to fall deeper into a web of lies and deceit. After Ali comes to the realization that she should have been using her power to help people other than herself, she immediately uses it in the most destructive way possible and sinks even lower.

Ali’s realization is the collapse of the catastrophic juggling act of a movie the showrunners have been putting on until this point. The part where Ali abuses her powers so blatantly, while funny, is the entirely wrong scene to follow Ali’s realization that she should use her powers for good. It feels like the scene is introduced out of order and should come before the realization. Luckily, after this nonsensical, terrible scene, Ali comes to her senses – yes, again – and decides to act like a decent human being and begins treating the other characters with respect.

This movie seems to exist solely to poke fun at men and very lightly point out misogynistic systems in the United States. While “What Men Want” does offer a heaping dose of funny jokes and well-delivered lines, the various thematic missteps and failure to look deeper into any of the various subplots make this a movie perfectly suited for streaming services exclusively, and most certainly not the silver screen.