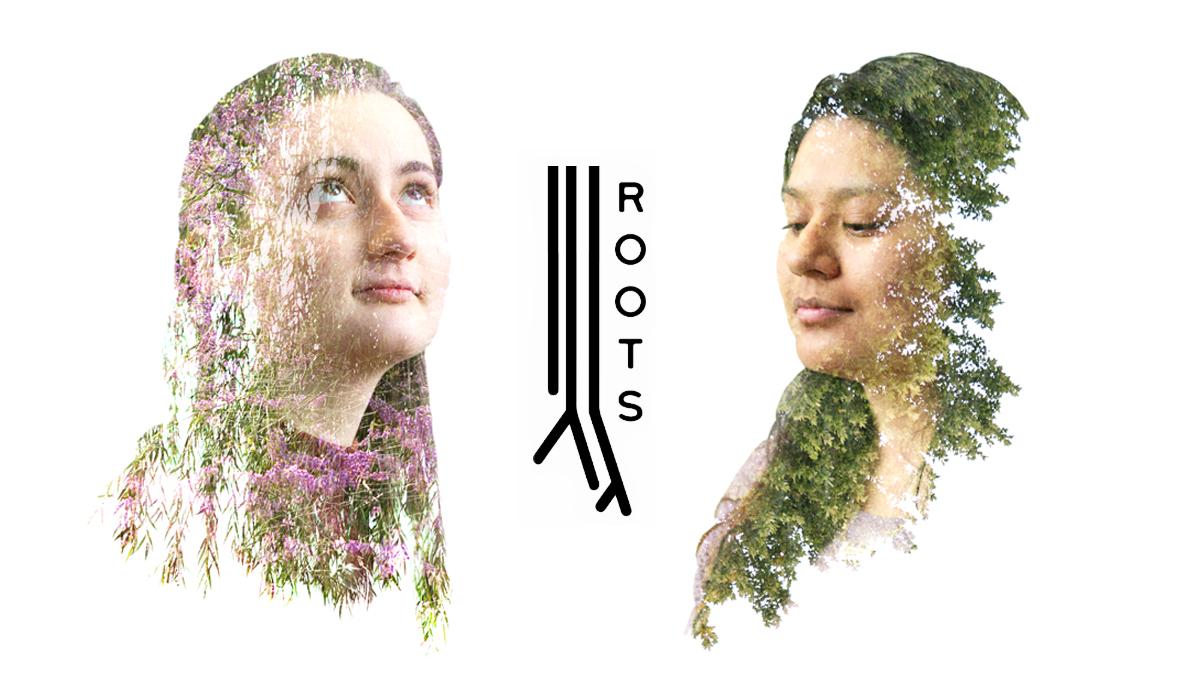 When the link finishes loading, a black and white picture of a forest ground appears on the screen. Bold letters across the screen read the word, “Roots.” Below the large text is a small maroon box with the word “Enter”. Once that box is clicked, a variety of articles, photographs, and links to podcasts pop up — all of them related to specific environmental issues. All of the content — the articles, photographs, podcasts and the website itself — was created by Ithaca College students.

“Roots” is a student-run online journal produced by the Department of Environmental Studies and Sciences at the college. Students created this journal in an experimental class started in Fall 2018 by Fae Dremock, an assistant professor in the Department of Environmental Studies and Sciences. The class, Topics in Environmental Communication: Environmental Story Production, will now be offered to all majors every fall semester. It allows students to write feature stories, record and edit podcasts, interview environmental experts and create a website throughout the semester. Though the class itself is still in its experimental phase, it will be offered in Fall 2019, and a new group of students will take over the publication of “Roots.”

The digital journal, which released its first issue, “The Seventh Season,” on Dec. 14, has three sections. Students decided the topic for each section based on what issues were most interesting to them. The first section, “Wane,” focuses on animal evacuations that occurred during Hurricane Florence, while the second section, “Flare,” discusses solar development in and around the Ithaca area. The third section, “Drip,” covers what harmful algae blooms are and how the toxins produced by the bacteria within these blooms affect Cayuga Lake. It also covers policies that have been passed by the City of Ithaca to prevent injuries by these toxins.

Dremock said she was inspired to create this class because of her experience as the director and developer of “Alluvian,” a student-run, creative nonfiction and fiction environmental journal formed in Fall 2015 at the college. She also wanted to create a space where students who are passionate about communicating environmental issues can learn how to share these issues with the world.

“I have very passionate students who care a lot about environmental issues and sharing those issues with others,” Dremock said. “Because of this, it seemed like a natural thing to start trying to do science outreach but to push it more towards student control under a class environment.”

Senior Amy Kruzan first heard of the class through a course exposition presented by the college’s Department of Environmental Studies and Sciences at the end of Spring 2018. She said she was inspired to take the course because of her interest in the field of environmental communication.

“There aren’t a lot of classes involving environmental communication that are offered, so when I heard about this class I took advantage of that opportunity right away,” Kruzan said. “I really liked the idea that we would get to work independently and develop our own content on topics that we care about.”

During the semester-long process of creating the first issue of “Roots,” the 15 students in the class were divided into three teams of five people: one team for each section of the journal. Within the teams, each person was assigned a specific role for their section: webmaster, editor, and art, social media and podcast team members.

Junior Lilly Christian was in charge of social media for her team. As part of that role, she created Instagram, Facebook and Twitter pages to promote the journal leading up to and after the journal’s release. She said that although she had previous social media experience, it was a challenging yet rewarding experience to create social media content for the journal.

“There were definitely a lot of hiccups that we had to get over throughout the semester, but we were able to push through and create something that I’m very proud of,” Christian said. “We came out with a really good product that I think should be expanded, and I’m really proud of the work that everybody did.”

Senior Drew Mele was in charge of web design for his team, which included creating a logo for the journal and organizing the content to make sure it looked visually appealing. He said the hardest part of his role as a webmaster was making sure that each person in his group was on the same page.

“Like anyone else that needs to contribute something to the page, everyone’s individual parts take time to complete,” Mele said. “It took some time to create the website page itself because we had to make sure that everything was in a similar format and that everyone had the same idea of what we were going to do to make the website look its best.”

Kruzan said she would recommend this class to other students because she believes it will give people who are interested in creating their own content an opportunity to be a part of something that is different and collaborative.

“I’ve never been a huge group project person, but this class was a great experience because of the way it was run,” Kruzan said. “Everyone felt their own sense of responsibility, and, because of that, it allowed us to develop our own pieces and bring it all together.”

Dremock said students interested in taking her class in Fall 2019 should not be discouraged from enrolling if they do not have experience with creating different forms of content and building a website.

“I think that, at this point, we have enough familiarity with basic forms of writing and technological skill that if we just trust that we can figure it out,” Dremock said. “The world is changing very rapidly, and it’s important to learn how to think outside the box, take risks and try things you didn’t think you would and I think this is class serves as a great opportunity to be able to do that.”

Christian said she does not know if she will contribute to future issues of “Roots” outside of class, but she said she plans on possibly contributing to “Alluvian,” Dremock’s other student publication, in the future. She said the media that she and her classmates produced last semester is valuable because it helps make the details behind various environmental issues easier to understand.

“Part of the problem with getting others to believe the fact that is climate change is that information is coming from the government or scientists, which isn’t always the best way to communicate,” Christian said. “When people look at graphs or studies, they’re often looking at data that they don’t understand or units of measure that don’t seem to make sense, so they shut down. The scientific community is slowly getting better at communicating.”