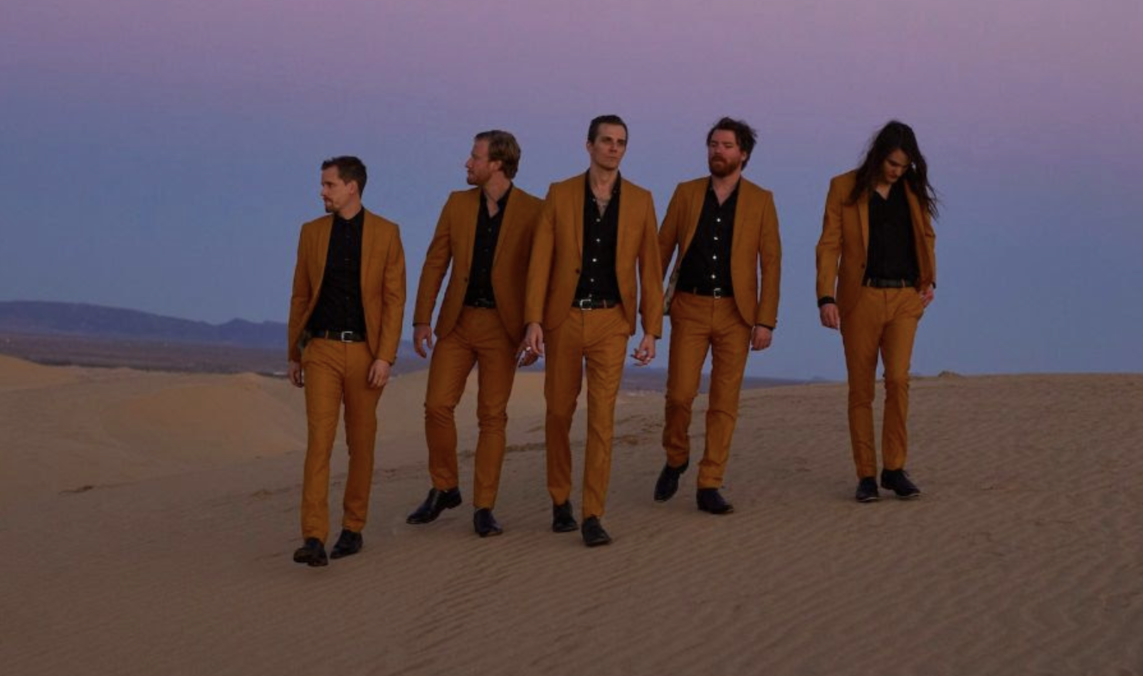 The Maine has an empowering message for listeners: “You Are Ok.”

With the release of its seventh studio album, “You Are Ok,” alt-rock band The Maine put to rest the slow, emotional phase of its last era with this upbeat and cohesive set. After throwing a funeral for its previous record, “Lovely Little Lonely,” in October 2018, the band claims it produced this one to reassure for “you,” the listener, with layered tracks backed with violin and other classical elements, that this project offers an exciting and energetic take on the alt-rock and pop tunes The Maine is known for.

While touching on the same topics as some of its previous works about mental illness and depression, this album takes its message of hope to a new level. Instead of wallowing with listeners, The Maine is reminding them of what comes next — that after the darkest of days, it will be okay. It’s an album about self-love despite inner demons.

The tracks’ guitar riffs and drum beats are reminiscent of its “Can’t Stop Won’t Stop” album, with the upbeat and dance-provoking tunes worthy of its Warped Tour days. The emo undertones are still there, but this time instead of only sympathizing with the audience, The Maine is offering a message of support. For the band that totes the phrase “Make America Emo Again,” it is not just making America emo again — it is redefining the tone of emo.

The 10-track record keeps a consistent belt-along-in-your-car vibe. The entire project keeps consistent energy, which while exciting, offers little variety in mood for the listener. It opens with a chorus of lyrics and rounds out with the nine-minute ballad “Flowers on the Grave.” A number this long is admittedly hard to get through — and the interlude in the middle drags on for a few seconds too long — but it picks back up again to another headbanging climax while continuing to drive home the album’s titular message. By the end, frontman John O’Callaghan brings the album full circle by closing this last track with a repetitive “I was on the verge of breaking down/ Then you came around” — the same lyrics in the chorus of the opening song, “Slip the Noose.”

“You Are Ok” is a refreshing change in pace from The Maine’s last two works, without straying too far from the band’s defining sound. Just like the rest of its music, these tracks are timeless pieces to be listened to over and over again; it is not representative of just one era of alt-rock, but a boundary-pushing combination of many. The album  leaves little to be desired from fans new and old as the music keeps listeners enraptured while melding elements from its entire discography into one 44-minute project.