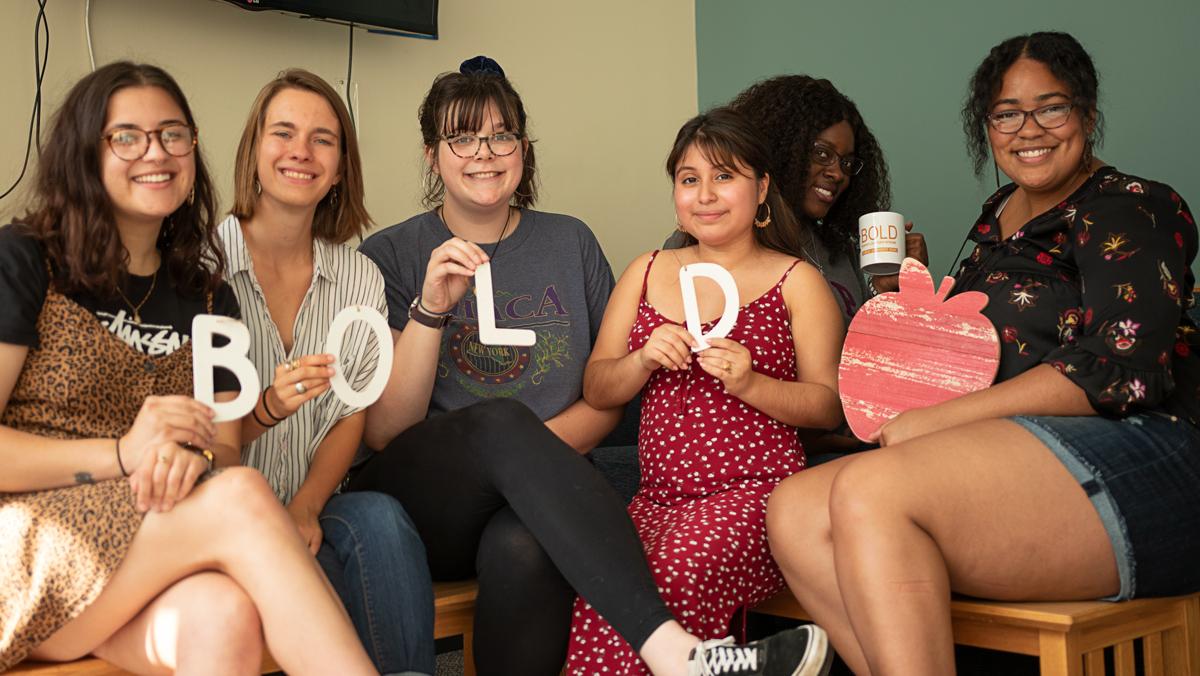 Chloe Gibson/The Ithacan
The BOLD Women’s Leadership Network requires that applicants identify as women, but Samantha Elebiary, BOLD Program Director at the college, said nonbinary identifying students are not discouraged from applying. Elebiary said students are not required to disclose their gender identity on the application.
By Ashley Stalnecker — Senior Writer
Published: February 10, 2021

The U.S. Office for Civil Rights has opened an investigation against Ithaca College’s BOLD Women’s Leadership Network after receiving a complaint of a Title IX violation by a University of Michigan professor.

Samantha Elebiary, BOLD Program Director at the college, said that she cannot comment on the status of an ongoing investigation but that the college will cooperate with the Office for Civil Rights.

Perry said the BOLD Women’s Leadership Network violates Title IX policy, which states, “No person in the United States shall, on the basis of sex, be excluded from participation in, be denied the benefits of or be subjected to discrimination under any education program or activity receiving federal financial assistance,” according to the U.S. Department of Education website.  Because the college allows students to apply federal money to their tuition through the Free Application for Federal Student Aid, the college is required to comply with Title IX policy.

The BOLD Women’s Leadership Network is funded by the Pussycat Foundation, which sets the application criteria for participating colleges. The program requires that applicants identify as women, but Elebiary said nonbinary identifying students are not discouraged from applying. Elebiary said students are not required to disclose their gender identity on the application.

President Shirley M. Collado brought the BOLD Women’s Leadership Network to the college in 2017, shortly after she became president of the college. Collado founded the program when she worked at Rutgers University–Newark. Elebiary started working at the college as a residence director in 2017 and began working with BOLD in 2018.

At the All-College Gathering on Feb. 9, Collado said the program has received over $4 million in funding since she brought the program to the college.

“The main goal is to provide that additional professional leadership development to students who identify as women or female and are in their junior and senior year,” Elebiary said.

Perry said he has filed 283 Title IX complaints. A majority of these complaints are against colleges with programs or spaces exclusive to women. He said he has filed complaints against BOLD Women’s Leadership Network programs at Middlebury College, The College of Saint Rose, University of Connecticut and Colby-Sawyer College. The only college that hosts a BOLD Women’s Leadership Network program that he has not filed a complaint against is Rutgers University-Newark.

His complaint against The College of Saint Rose was also opened for investigation by the Office for Civil Rights. The other complaints are still pending investigation.

Perry said he believes the BOLD Women’s Leadership Network is in violation of Title IX because there is not a similar program for men, and men are ineligible for the current program.

“It’s not just illegal, but it seems unethical to have federal civil rights legislation that’s only enforced selectively and with a double standard,” Perry said.

At this time, Elebiary said the college does not have any plans to alter the structure of the BOLD Women’s Leadership Network.

Perry said he believes women do not need special programming for leadership development because they attend college at a higher rate than men. Women earned more than 57% of undergraduate degrees and 59% of master’s degrees in 2018, according to the Center for American Progress.

While women make up 50.8% of the U.S. population, they are still largely underrepresented in leadership, according to the Center for American Progress.