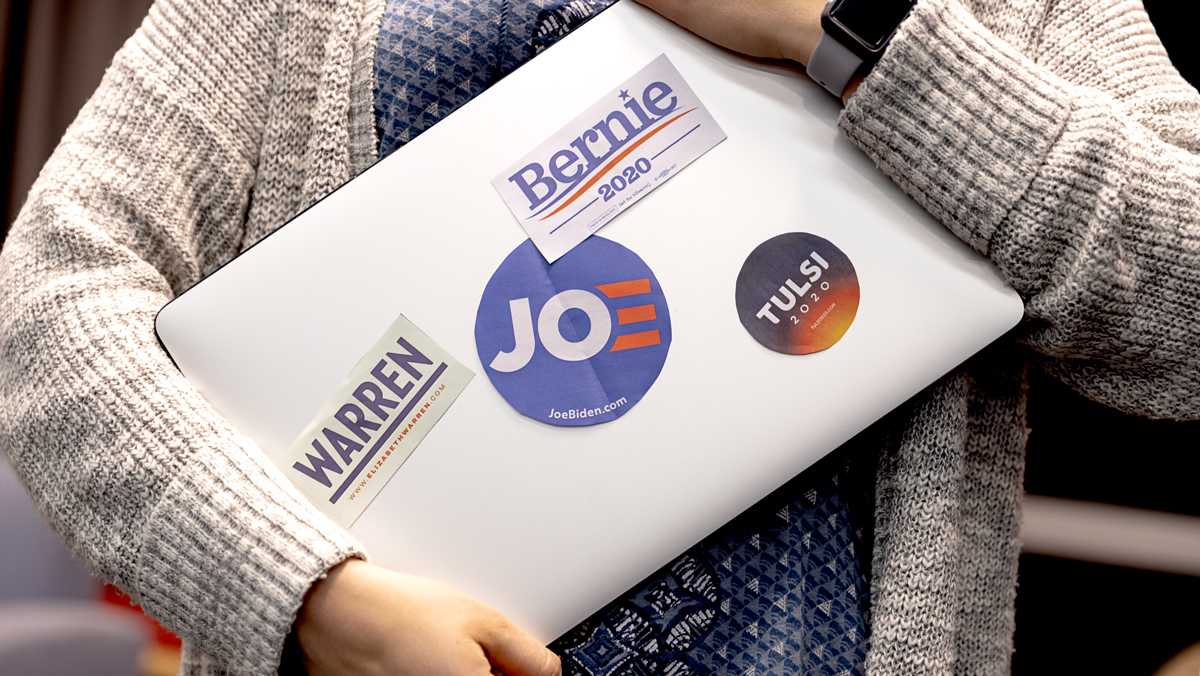 The presidential primary elections present an opportunity for college students, many of whom are eligible voters for the first time, to change their futures.

The Democratic candidates’ platforms cover topics from health care and climate change to gun control. One topic on all the candidates’ platforms is close to home for college students: higher education. There are currently four democratic candidates still in the race — including former vice president Joe Biden, Rep. Tulsi Gabbard, Sen. Bernie Sanders and Sen. Elizabeth Warren — all of whom have different plans to address issues in higher education.

The average cost to attend college has more than doubled since 1985, according to the National Center for Education Statistics. The increased cost of attendance, along with other factors, has contributed to record–high student loan debt at $1.56 trillion with approximtely 44.7 million students taking out loans to attend college, according to The Institute for College Access and Success.

Jeff Selingo ’95, a beat reporter on higher education for The Atlantic, the Washington Post, The New York Times and the Chronicle for Higher Education, who is also a member of the Ithaca College Board of Trustees, said that over the last 20 years, the funding for higher education has shifted as federal and, especially, state governments have contributed less funding to higher education.

He said the decrease in funding is particularly concerning because his and others’ research shows that there is a direct correlation between students’ social mobility after college and having student loan debt.

“We have to figure out a way to reduce student debt,” he said. “I think a lot of that comes down to reducing the cost of college, to begin with, and making sure that all the entities that are supposed to help students fund colleges, including states and the federal governments, give their fair share.”

He said that historically, higher education policy in the United States has been implemented incrementally. As a result, he said, he is skeptical of the ability of bigger policy proposals such as tuition-free college and total debt forgiveness to be passed.

“Personally, I don’t think either plan is doable, given the current political climate, financial climate and Congress right now,” he said.

He said other less drastic policies that add and tweak existing policy may be more realistic.

While more progressive candidates, including Sanders and Warren, are pushing for tuition-free public education and loan-debt forgiveness, more moderate candidate Biden is advocating for lowering the cost of college and increasing grant programs including The Federal Pell Grant Program, which is a scholarship through the U.S. Department of Education that, unlike loans, does not require any repayment. Gabbard has said she supports free college and expanding and fixing existing debt-relief programs, according to Gabbard’s Education Policy.

Donald Beachler, associate professor in the Department of Politics, said that while he understands the appeal to many students for free tuition, he is concerned with how it will impact private, tuition-driven colleges like Ithaca College.

“[The plans] will probably hurt Ithaca College in the long run,” Beachler said. “It would add to the challenges the college faces.”

Approximately 88% of the college’s 2017–18 budget came from student tuition and fees.The cost of attendance at the college has continued to increase over the years with the 2019–20 academic year being the first time it exceeded $60,000.

For the 2020–21 academic year, the Ithaca College Board of Trustees approved to raise tuition by 2.95%.

Biden, who was vice president during former President Barack Obama’s administration, currently has a 91% rating by the National Education Association for voting in favor of public education, according to a voting tracking site On The Issues.

Biden’s educational platform stems from his belief that college needs to be a “reliable pathway to the middle class.” All of his plans combined would require investing $750 billion over 10 years, according to Biden’s “Plan for Education Beyond High School.”

He also plans to increase the availability and worth of Pell Grants by doubling the maximum value and loosening the requirements to help more people qualify for the grant. Additionally, his plan said he aims to crack down on for-profit education programs and private lenders.

He said he will pay for the programs by eliminating loopholes and reducing itemized deductions that allow wealthy Americans to pay less in taxes.

Sanders has been a U.S. senator for Vermont since 2007 and before that was a member of the U.S. House of Representatives starting in 1991. Sanders currently has an 83% rating for his voting record in favor of public education from the National Education Association, according to On the Issues.

He has voted in favor of lots of legislation that would expand access to higher education. He voted in favor of the Every Student Succeeds Act of 2015, a bipartisan legislative response to the widely criticized No Child Left Behind Act of 2001, which Biden voted in favor of. He also voted for the American Competitiveness Scholarship Act of 2007, an appropriations bill that gave $10.2 billion to federal education and Health and Human Services projects. He also voted on the Reverse the Raid on Student Aid Act of 2006, a substitution bill that would grant $84 million to Black and Hispanic colleges.

Sanders’ main plans to address higher education issues include making public colleges, universities and trade school free for all, canceling all existing student loan debt and capping student loan interest rates at 1.88%, according to Sanders’ “College for All and Cancel All Student Debt” plan.

It also involves investing $1.3 billion per year into private, nonprofit HBCUs and MSIs, ending equity gaps in higher education attainment, expanding Pell Grants to cover non-tuition and fee costs and tripling funding for the Federal Work-Study Program, which allows students to work a job while at college in order to pay some of the cost of attendance.

Sanders said his plan will cost approximately $2.2 trillion. He said he will pay for it through various methods including imposing 0.5% tax on stock trades and a 0.1% fee on bond trades, specifically targeting Wall Street, a tax that he estimates will raise $2.4 trillion over the next 10 years.

Warren has served as a Democratic senator of Massachusetts since 2013. Warren’s main plans to address issues regarding higher education include canceling debt for 95% of students with debt and making two- or four-year public college tuition-free, according to her “Affordable Higher Education For All” plan.

She also plans to invest $100 billion over the next 10 years in Pell Grants and expand eligibility for the grant. She plans to create a fund by initially investing $50 billion into HBCUs. She will also ban for-profit colleges from receiving federal money.

Her plans will also prohibit public colleges from considering citizenship status or criminal history in admissions decisions and require public colleges to complete an annual audit that identifies issues that create shortfalls in enrollment and graduation rates.

All of the Democratic candidates’ plans involve increasing education spending, which directly contrasts the President Donald Trump’s administration’s plans for higher education. The Trump administration has requested cutting the Department of Education budget by $5.6 billion, approximately 7.8%, according to reporting from Inside Higher Ed.

Gabbard is the first female combat veteran, having served two tours in the Middle East, to run for president. She was elected to be a Democratic Hawaii House of Representatives in 2002, where she served for six years. Gabbard has also served on committees for the U.S. Homeland Security and Foreign Affairs.

Gabbard said she wants all “students to have equal access to quality education” and that she believes that resolving student debt would make education more accessible.

She has also supported amending legislation including the Higher Education Act of 1965, an amendment that establishes a grant program to eliminate tuition and required fees for all students at community college or two-year tribal universities or for working and middle–class students at public four-year institutions.

Senior Kevin Malloy, member of Ithaca College Democrats, said he is most concerned about the candidate’s position on student debt. He said he is voting for Sanders in the primary.

He said that after graduating in May 2020, he will need to pay back tens of thousands of dollars in loans that he had to take out in order to afford to attend Ithaca College.

“I’m going to be in a ridiculous amount of debt,” Malloy said. “That’s going to be affecting me very soon. I know people who sob over their student debt, on a regular basis, like full-grown adults, who after 10 or 20 years, are still paying this ridiculous bill.”

Freshman Lila Weiser, a member of the IC Democrats and a delegate for Warren in Ohio, said that before addressing other issues such as equal access to education and social mobility, she thinks it’s critical to address climate change.

[the system in place],” Ingerson said. “There’s going to be a lot of pushback on any person who’s trying to fight that system, so, like, Bernie Sanders might be pro-free college for all or more stipend tuitions, but his ability to get that through might be hard and slow.”