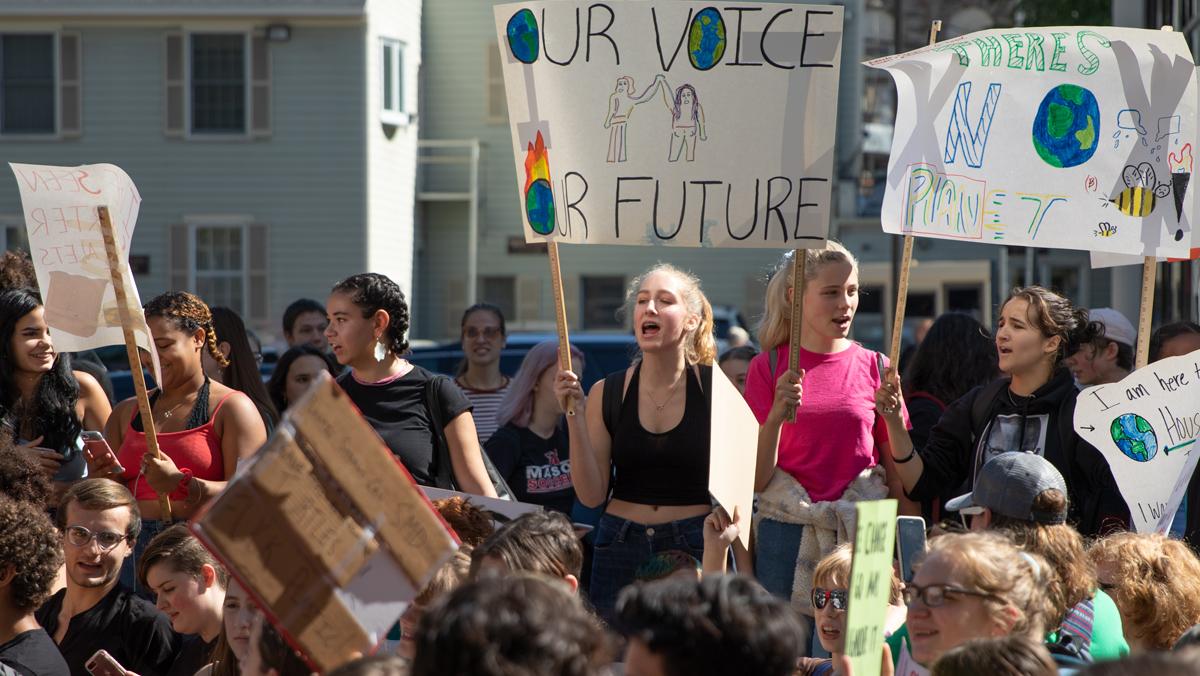 The proposed Ithaca College Center for Climate Justice (CCJ) will no longer be launched at the college following the elimination of 116 full-time equivalent faculty positions as part of the Academic Program Prioritization (APP) process.

Steingraber said that she is still trying to figure out the possible future of the CCJ elsewhere and that the funding for the CCJ will be going with her to a new venue. Steingraber did not disclose who the funder was or how much funding she received. She is leaving the college at the end of Spring 2021 in solidarity with faculty members being cut and the inability to continue the CCJ.

“Somewhere along the line, I thought, ‘Ithaca College could be this really great destination place, especially for environmental communication about the climate crisis,’” Steingraber said.

Steingraber said she pitched the idea to La Jerne Cornish, provost and senior vice president for academic affairs, and was given approval to start searching for grant funding. Steingraber said she then joined the Strategic Action Group on Climate Action, which was created as a way for the college to figure out how to respond to the climate crisis as a higher learning institution.

Steingraber said that when the APP process started, she began to worry about the CCJ’S future.

“I needed to be able to reassure the funder that we were building this center on solid ground,” she said. “Once the cuts started to be announced, I realized I felt like I could no longer honestly go forward with this.”

She said nine faculty members who teach some aspect of the climate crisis are being cut, including Caldwell and Dremock. Steingraber wrote a commentary March 3 that gained traction in the college community and internationally.

At the “Future of the College” gathering March 4, Cornish said that she thought the Department of Environmental Studies and Sciences and other faculty on campus were supportive of the Center for Climate Justice.

“[Steingraber] is a wonderful resource and has been a wonderful addition to our campus community,” Cornish said. “I’m really sorry that she feels that she cannot stay here and launch that center. We will miss her, and we will also miss the two colleagues that she references in her opinion piece. We must align the size of our faculty with the size of our student body, and so we have to eliminate some faculty positions.”

Steingraber said that she felt like a workplace injustice was happening at the college and that she could not start a justice center here.

Caldwell said that, after the Ithaca Forever Strategic Plan was created, she, Dremock and other faculty worked from November 2019 to April 2020 on creating the Strategic Action Group on Climate Action. Caldwell said she and Dremock worked on a proposal that was sent to the Senior Leadership Team (SLT) about recommendations for how the college can handle the climate crisis. The top recommendation was the creation of the CCJ.

“As part of efforts to move toward climate carbon neutrality by 2030, Ithaca College must broaden its innovative approaches to social justice and become a strong leader for communities, nonprofits and institutions engaged in working on climate justice,” the proposal stated.

The proposal also touched on the strategic plan’s goal for more inclusion and diversity by describing how faculty and students need support in teaching and understanding the climate crisis, as well as social justice. Communities of color are disproportionately impacted by climate change. One study showed that Black and Hispanic communities are more likely to be affected by air pollution, while most of the pollution itself is caused by non-Hispanic white communities.

“The people that will be most affected by climate justice and environmental justice are the most marginalized of almost any community,” Dremock said. “The primary portions of the population that will be affected first and most seriously and most devastatingly are populations of color.”

Steingraber said she is grateful for the opportunities the college has given her over the past 18 years. She said that she has taught in all five schools at the college and that she feels like she was prepared to start the CCJ.

“In doing all this stuff I do anyway across the campus, I began to have this vision of how to pull it all together and create a center,” she said. “I was the right person to do it, I felt, and I felt that Ithaca College was the right place for it.”

She said she feels a lot of grief about leaving and not being able to begin the CCJ at the college.

Michael Smith, professor in the Department of History, said he worked with Steingraber, Caldwell and Dremock in trying to make climate justice a priority on campus and said the CCJ became the focal point of their efforts. Smith said he was on sabbatical during Spring 2020 when the proposal was created. He said that, had the CCJ been started, he would have helped with curricular revision to include more climate-centered information.

“I think students recognize that the climate emergency and all of the things that are related to it, including the profound injustices that different groups of people will face as a result, is just the world that we live in,” he said. “Having a center that was inspired by the idea of justice, not only for people living today but future generations … would have been really a powerful statement on the part of Ithaca College.”

Commentary: A Farewell to Ithaca College after 18 years