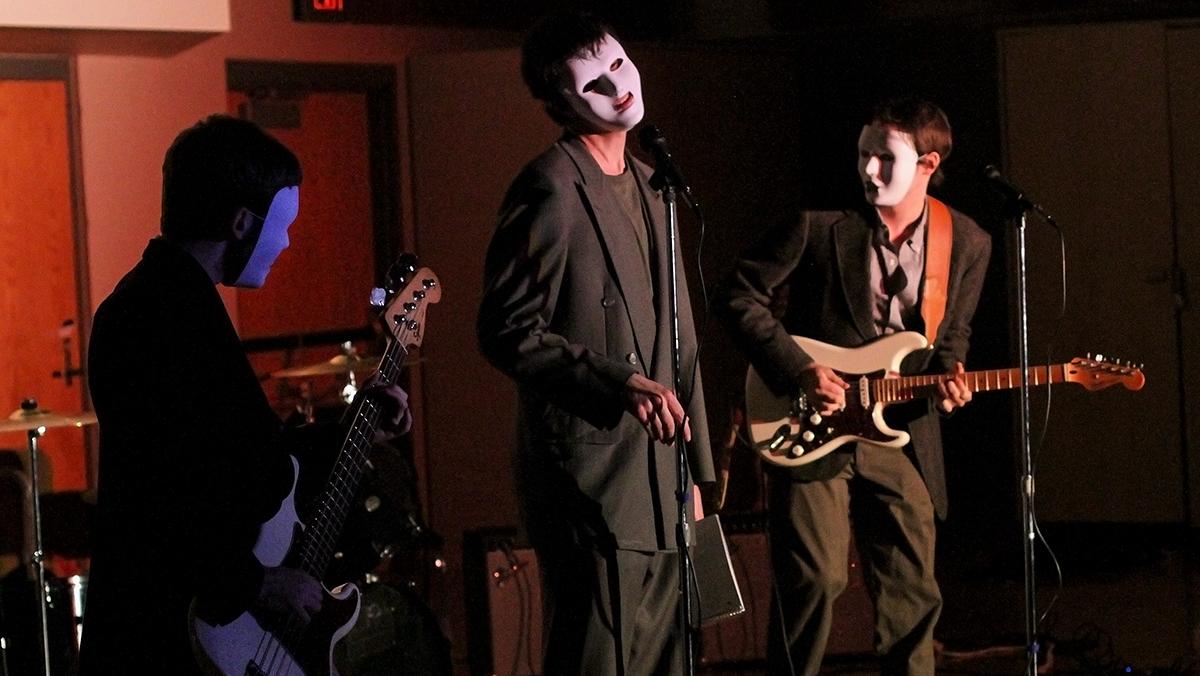 Climate Study group to present results of most recent survey

The Climate Study Working Group will host two campus presentations April 25 regarding the results of the campus-climate survey. The presentations will be held from noon to 1:30 p.m. and from 4 p.m. to 5:30 p.m. in Textor Hall 103.

Rankin & Associates, the consulting firm that conducted the survey and analyzed the results, will be giving the presentations and sharing its key findings from the study. Students, faculty and staff are encouraged to attend and review the Executive Summary Report in advance, which will be posted on the campus-climate survey website the week before the presentations.

The leaders of the Climate Study Working Group will also collect feedback and suggestions related to the survey results from community members during open sessions May 4 from 12:10 p.m. to 1:30 p.m. and from 4 p.m. to 5:30 p.m. in the Taughannock Falls conference room in the Campus Center. The sessions will be structured so that small groups of attendees can discuss the findings and reflect on what improvements the campus can make immediately.

To explore and gain insight into careers in environmental policy, 10  Ithaca College environmental science students attended graduate classes at Cornell University on April 12, and the others competed in the 2017 Policy Case Competition coordinated by the Politics Society at New York University.

At Cornell, students attended professional team presentations and met individually with policy team members, other graduate students, professors and the director of the program. Rebecca Brenner, a former faculty member at the college who now teaches at Cornell, organized the visit.

The Policy Case Competition, first developed in 2014, is a three-round, highly competitive exercise where students are given the opportunity to learn and refine their policy-making and presentation skills.

The Ithaca College team developed and submitted a written policy memo outlining its key issues and propositions on an element of environmental policy.

The Ithacan wins recognition in regional and state competitions

The Ithacan has been named the Best College Newspaper in New York state for 2016 by the New York Press Association. The award, the NYPA’s top collegiate honor, was announced April 8 at the organization’s annual convention at the Gideon Putnam Hotel in Saratoga Springs, New York. The award was for work produced during 2016.

In addition to being named the best overall college paper in the state, The Ithacan and its staff members received 12 other awards.

The Society of Professional Journalists also named The Ithacan’s website the Best Affiliated Newspaper Website in the Northeast Region for 2016. The website received the first-place Mark of Excellence Award at the SPJ Region 1 conference April 8 at the John Jay College of Criminal Justice in New York. The Ithacan’s print newspaper was honored as a finalist in the best all-around nondaily newspaper category.

In an effort to support the increasing growth of conferences and events occurring at Ithaca College during the summer, Parking Services has collaborated with Campus Center and Event Services to create new summer parking restrictions to aid summer visitors.

The goal of this change is to create a more welcoming environment for summer guests who are unfamiliar with the campus. The summer parking season will be from Commencement weekend until fall opening day, May 20 through August 27.

Beginning this summer, academic-year parking-permit restriction (blue, red and green) will not be in effect during the summer parking season; anyone with or without a parking permit will be able to park in any legal space on campus; Parking Services will no longer sell students summer parking permits since no permit will be required to park on campus; Campus Center and Event Services will no longer issue parking permits to conference attendees; and anyone parking on the Ithaca College campus will need to adhere to restrictions in lots that are closed for events and construction.

The Human Rights Watch @ IC student group is hosting a workshop called “Know Your Rights.” The workshop will be led by Cornell University professor Mary Jo Dudley, director of the Cornell Farmworker Program, and Cornell law student Zachary Baum. The workshop will take place from 5:30 p.m. to 6:30 p.m. April 24 in Friends 304.

The panel will address an update on the executive orders and recent political and legal developments at the national level, what to do if encountering Immigration and Customs Enforcement, international and domestic travel, Ithaca City and Tompkins County sanctuary policies, and Deferred Action for Childhood Arrivals issues such as financial aid, reapplying or applying.