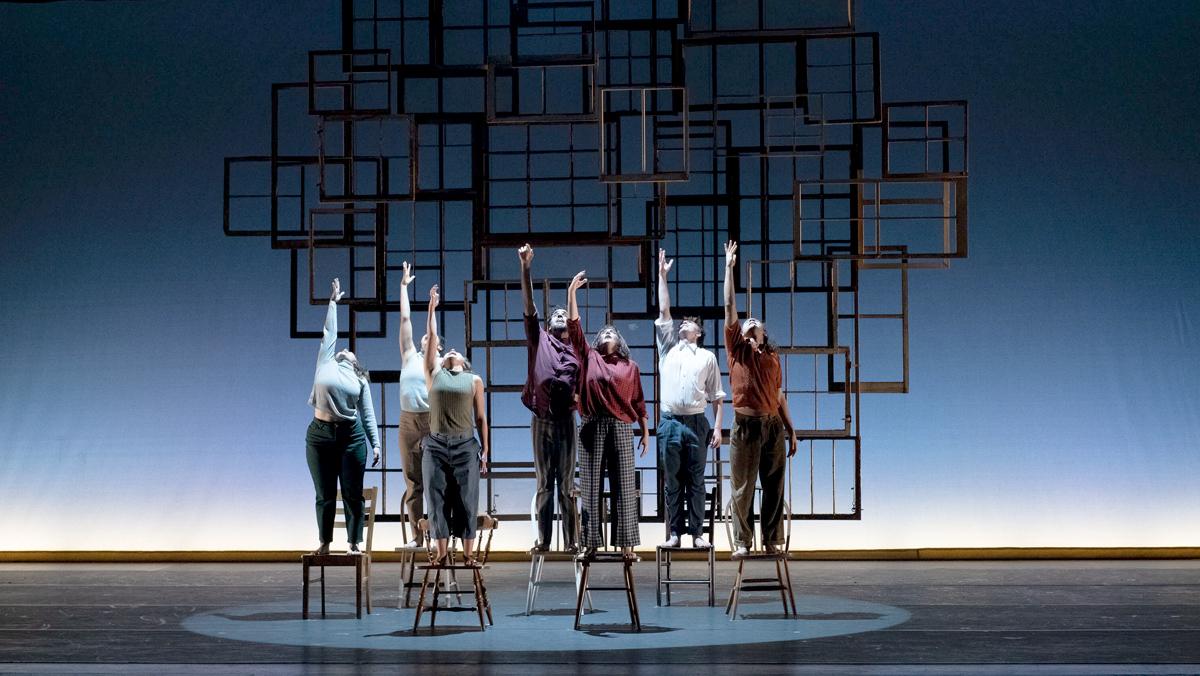 Students will showcase their final creative projects for Introduction to African Diaspora Studies and Introduction to Asian American Studies from 10 a.m. to 5 p.m. Dec. 13 in Clark Lounge. The event will be hosted in partnership with the Center for the Study of Culture, Race and Ethnicity.

The goal of the initiative is to educate the campus about important issues to African Diaspora and Asian American communities and to create a space for conversations about diversity and community.

Some of the projects were also on display Dec. 12 in the Ithaca Falls Room in the Campus Center.

Catherine Taylor, associate professor in the Department of Writing, published a new essay on aging, dance, vitality and collective active in The Believer. The Believer is a creative writing magazine based in Las Vegas. Her essay is based on research she did during her sabbatical leave.

The article looks at how Richard deconstructed myths of Arcadia that were important to Arcadia and Cajun culture and identity. Paparone said Richard refocused the reader’s attention onto marginalized  populations.

An Ithaca College health class, Food and Society, hosted a panel and Q&A on possible solutions to food system dilemmas from 6 p.m. to 8 p.m. Dec. 12 in Klingenstein Lounge.

The panel presentation and research event was titled “Food and Society: Exploring Solutions to Food System Problems.” The presentation included seven guest panelists who run, or are a part of, food systems in New York.

The businesses represented by the panelists were Northland Sheep Dairy, the Groundswell Center for Local Food and Farming, Plowbreak Farm, the Piggery and the Cornell Small Farms Program.

Cory Brown, associate professor in the Department of Writing, published a 57-page paper that assesses different ways that people pursue happiness, including factors such as money, marriage, religion and more. He will present his research at an international arts and humanities conference held from Jan. 3 to 5 in Hawaii.

His research also explores philosophical issues such as how to define and measure happiness and its relationship with different perceptions. Brown said his experience with the issues comes from years of studying the topic and teaching a course about it in the Honors Program.

Ithaca College will host a reception to celebrate students graduating after the fall semester  from 2 to 3:30 p.m. Dec. 15 in the Emerson Suites.

The event will feature a presentation from President Shirley M. Collado; Olivia Corlett, vice president of the senior class; Steven Novakovic, instructor of finance and international business; and Eri DeMarco, a member of the Alumni Association Board of Directors.

Ithaca College held its final Provost’s Colloquium of the fall semester from 4 to 6 p.m. Dec. 10 in Taughannock Lounge. The event was designed to give professors an opportunity to share their research and sabbatical work with the campus community.

Professor studies art in residence at Punahou School in Honolulu

Janet Galvan, professor in the Department of Performance Studies, was an artist in residence at Punahou School in Honolulu.  She also worked with the Kapolei School Chorus.