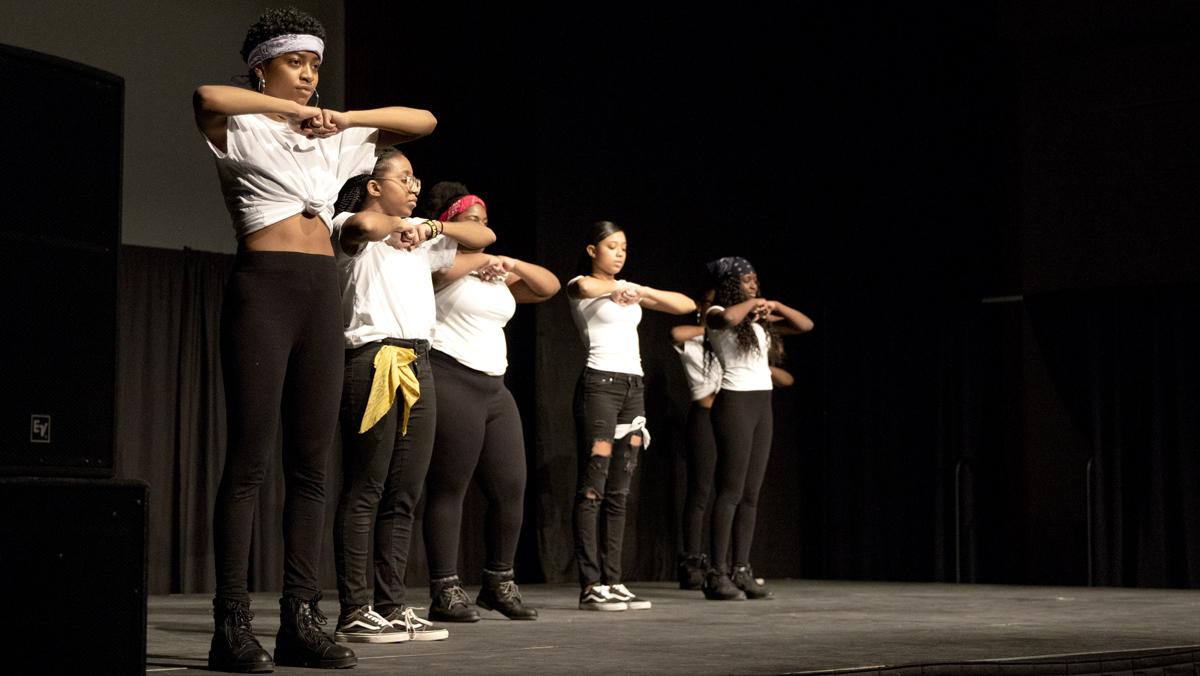 Connor Lange/The Ithacan
The Dedicated Overachieving Precise Entertaining Steppers of Ithaca College (D.O.P.E. Steppers of IC), a group that celebrates African culture, performed at Step Fest on Feb. 22 in the Emerson Suites. This year’s theme was “so dope.”
By The Ithacan
Published: February 27, 2019

Six Ithaca College integrated marketing communications–student teams have been selected to progress to the semifinal round in the Washington Media Scholars Case Competition. After competing in the qualifying round of the contest, the top 30 teams in the country were selected to contend in the Media Plan Case Competition semifinals.

This event challenges students to think strategically and dive into the deep end of marketing impressions, numbers and budgets. The top six teams in the semifinal round will receive an all-expenses-paid trip to Washington, D.C., to compete for the National Excellence in Media Award and $16,000 in scholarships.

Paul Geisler, professor and program director in the Department of Exercise and Sport Sciences at Ithaca College, recently received a 2019 Most Distinguished Athletic Trainer Award. The award recognizes teachers that have demonstrated a commitment to leadership, volunteer service, advocacy and distinguished professional activities as an athletic trainer at the national and district levels for a continuous period of time. Geisler will receive this award in June.

IC professor of athletic training presents at conference in France

Patrick McKeon, associate professor in the Department of Exercise and Sport Sciences at Ithaca College, presented several workshops and lectures on foot and ankle injuries and rehabilitation at a sports medicine conference in Montpelier, France. McKeon examined the evidence and science behind the “common ankle sprain,” as well as various techniques for treating the common inury in sports.

The Ithaca College student chapter of the American Choral Directors Association (ACDA) has been chosen to receive the 2019 National ACDA Outstanding Student Chapter award. In the letter informing the chapter members, David Edmonds, chair of ACDA National Student Activities, said, “The impact you have had on your own student members, your campus and the choral community is making a significant contribution to the field of ensemble singing.” The award was presented at the national conference Feb. 27.

Provost to host reading event featuring ‘I Am Jazz,’ an LGBTQ story

La Jerne Cornish, provost and senior vice president for academic affairs at Ithaca College, will read the book “I Am Jazz,” 2 p.m. Feb. 28 in Clarke Lounge in the Campus Center. The story is about a transgender child and is based on the real-life experiences of Jazz Jennings. Following the reading, Cornish will also host a discussion of the children’s book and other new titles, including “Julián Is a Mermaid” and “They She He Me: Free to Be!” This event is being sponsored by Luca Maurer, director of the Center for LGBT Education, Outreach and Services.

This event is part of a coordinated effort to host readings of the book on this day throughout the country in communities, schools, libraries and other settings. The book was the center of a 2015 controversy in a small town in Wisconsin. In December 2015, that community stood up to hate by reading “I Am Jazz” to support a transgender elementary school student there.

Ithaca College announced a new award for faculty — “The President Shirley M. Collado Faculty Award for Outstanding Contributions to the Ithaca College Community.” The award was funded by honorary trustee Gloria Hobbs. The award is $5,000 and will be presented to a faculty member who exemplifies Collado’s vision of excellence in education. Such excellence is demonstrated through an inclusive approach to educational practices of teaching, research and leadership. Sites of practice include the classroom, campus and community — local or global. The award is intended to support the professional development of the chosen faculty member and to further enhance their capacity for equitable and inclusive leadership in all relevant academic and community areas. This award will be made available through the Center for Faculty Excellence. Faculty at the associate professor rank or above, either tenured or continuing contract, are eligible for the award.

Professor in Department of Art interviewed in Interalia Magazine