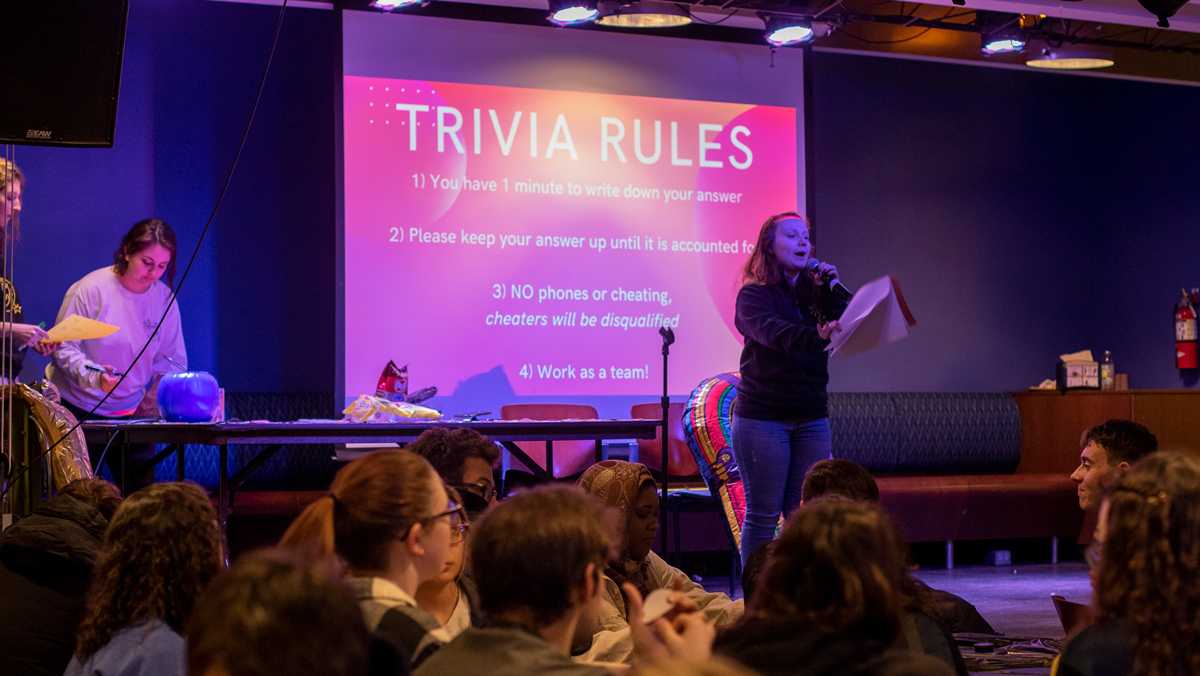 College to host discussion about solidarity against Islamaphobia

Building upon the legacy of Muslim American and Japanese American solidarity since 9/11, #VigilantLOVE is a healing and arts-driven organization that creates spaces for connection and grassroots movement to ensure the safety and justice of communities impacted by Islamophobia.

Traci Ishigo, co-founder and co-director of Vigilant Love, will provide both a lecture and a workshop on cultivating solidarity and resistance against Islamophobia and surveillance programs that affect college campuses nationwide.

The lecture will be held at 6 p.m. March 24 in the Taughannock Falls Room as a part of the Center for the Study of Culture, Race and Ethnicity discussion series.

Provost to hold event for faculty to share post-sabbatical projects

La Jerne Cornish, provost and senior vice president of academic affairs, is holding an event for speakers to share their sabbatical projects. It will take place from 4 to 6 p.m. March 16 in Clark Lounge.

Mary Bentley, associate professor in the department of Health Promotion and Physical Education, will hold a presentation called, Podcasting as a Form of Community-Based Advocacy — Developing New Skills for Contemporary Public Health Professionals.

Cristina Gomez, associate professor in the Department of Mathematics, will present a project called Going Back to Elementary School.

Jeff Lippitt, associate professor in the Department of Accounting and Business Law, will present a project called, The Effect of Environmental Sustainability Initiatives on Firm Value.

Keith Kaiser, dana professor in the Department of Music Education, will facilitate the event. It is organized and supported by the Center for Faculty Excellence.

Three Roy H. Park School of Communications student teams have been selected to progress to the semi-final round in the Washington Media Scholars Case Competition.

After competing in the qualifying round of the national competition, the top 24 teams in the country were selected to contend in the Media Plan Case Competition semi-finals.

This event challenges students to think strategically and dive into the deep-end of marketing impressions, numbers and budgets.

The top six teams from the semi-final round will receive an all-expenses-paid week-long trip to Washington, D.C. There they will compete as finalists for the National Excellence in Media Award and $16,000 in scholarships, while networking and job shadowing at media organizations.

College to host speaker to talk about esports in higher education

Charles Murray, a nationally recognized innovator in esports and Coordinator of the SUNY Canton esports program, will discuss how esports in higher education has become a cultural phenomenon that is taking college campuses all across the world by storm.

Canton has won two Eastern College Athletic Conference championship titles for esports and has a varsity program with a full-time staff. Attendants can learn how Canton created partnerships to evolve its program from 18 students playing three games to approximately 100 students playing eight titles. The event will take place at 12:10 p.m. March 19 in Clark Lounge. This is one of over 50 sessions that are part of the college’s 30th annual Educational Technology Day, scheduled from 9 a.m. to 3 p.m. March 19 in the Campus Center.

No registration is required for members of the college community.

Department of Politics to hold event to honor retiring professor

Asma Barlas, professor in the Department of Politics, will retire in Spring 2020. To mark her retirement, the Politics Department will host a symposium and reception from 3 to 6 p.m. March 20 in Clark Lounge.

Some of her former students will present on issues of identity, race and colonialism and Islam that marked their trajectories at the college and beyond.

At 6 p.m., there will be a reception with food and refreshments where alumni, students, colleagues and other invitees are welcome to share memories about  their time with her.

Following the reception, Barlas will give a keynote lecture.