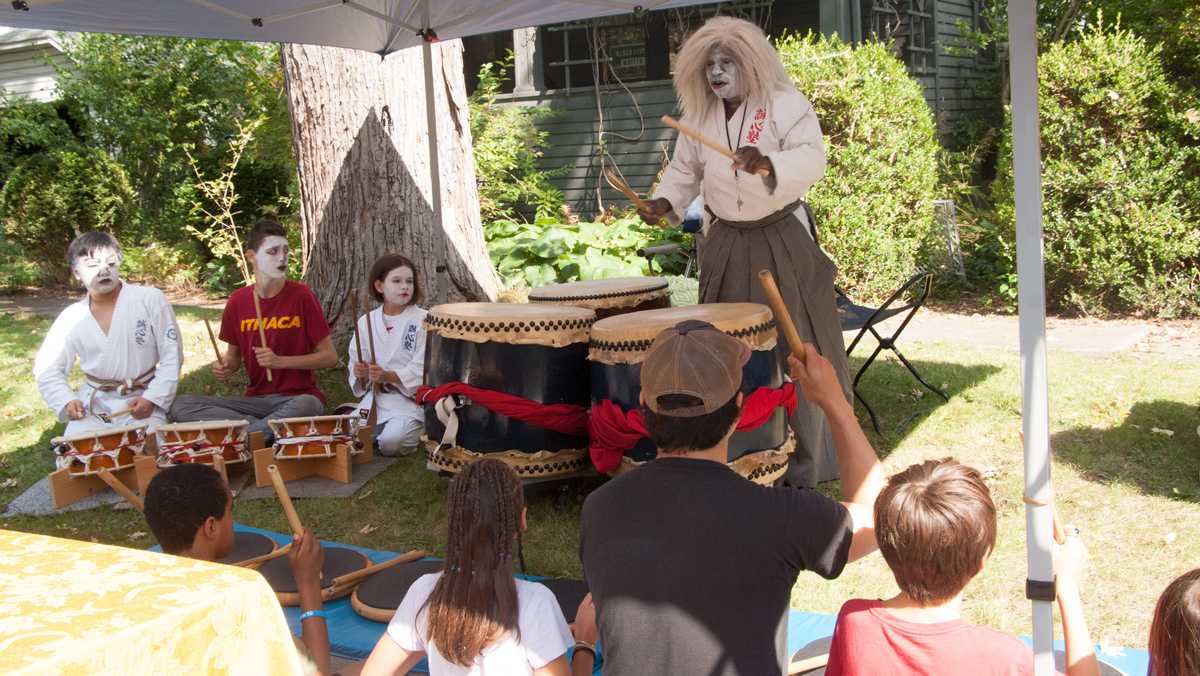 President Shirley M. Collado and her team have scheduled a variety of gatherings designed to help her get acquainted with the members of the campus community.

The president and her colleagues will be meeting for a casual catered lunch in the Founder’s Room of the Peggy Ryan Williams Center. This installment of the lunch series will include faculty and staff of color and will take place Sept. 21 from 2 to 3:15 p.m. Faculty and staff of any rank and years of service are invited to sign up. The lunch will be capped at 12 participants.

IC professor to give keynote at science congress in Latvia

Her talk will focus on the spectral mapping challenges and new technologies that will be employed during NASA’s OSIRIS-REx mission operations at asteroid 101955 Bennu in Spring 2019. Clark will be presenting some of the work performed by her research students at the college — Salvatore Ferrone, Fedor Efremenko and Stavrini Tsangari.

She will also be meeting with OSIRIS-REx international science team members from Britain, France, Italy and Canada to discuss the possibilities for international collaboration on the NASA mission. Clark’s role on the mission includes leading the effort to select a site on the asteroid that the spacecraft can land on and conduct an analysis in spring of 2020.

SLA provides opportunities for college tour guides, ambassadors, student workers and their supervisors in admissions to network and learn from one another during workshops for both students and supervisors. The college’s participants presented a session titled “Across Campus and Back: A Tour Guide’s Journey from Hiring to Training.”

In their session, they spoke about the extensive process that happens each year to hire new tour guides and the transition tour guides take to become successful. The session also highlighted the types of students that are chosen to be a part of the President’s Host group and how this process unites the group into beingsuccessful together.

The First-Year Experience is hosting the First-Year Speaker Series, which begins at 7 p.m. Sept. 25 in the Emerson Suites.

The first speaker of the year, Maura Cullen, will be presenting on “Taking the Adversity Out of Diversity.”

As a storyteller, she utilizes a variety of interactive exercises to get the core of the problem — our fear of being judged and misunderstood. Professors and students are invited to go as a class or separately to sit in on the event. The event is designed to support freshmen in their transition into college.

Cullen has traveled throughout the United States, Canada and Australia to speak about diversity and leadership to different groups. Throughout her career, she has worked with over 500 organizations.

In honor of Latino Heritage month, Cine con Cultura Latin@ American Film Festival will be coming to Ithaca for the fourth year.

The film festival has expanded the festival this year to team up with Ithaca College, the Greater Ithaca Activities Center, the Committee on U.S.-Latin American Relations, the Tompkins County Immigrant  Rights Coalition, the Rocky Acres Farm with Rafael Aponte, the Multicultural Resource Center, No Mas Lagrimas, Palonegro and Cornell Cinema to sponsor selected festival screenings. They will also continue to work with longtime partner Cinemapolis.

The official festival selection for this year includes critically acclaimed and award-winning films from 11 different countries. Some films are old and some are new, but each film provides a different glimpse into life throughout Latin America.

Festival screenings will take place several times a week, starting Sept. 19 through Oct. 15. There will be a total of 12 films shown this year, with a wide selection of shorts, feature-length films and documentaries. Other related events for festivalgoers this year include live music, talkbacks with filmmakers, a student film contest with cash prizes, ticket giveaways and more.

More information can be found at https://culturaithaca.wixsite.com/mysite/blog.

A presentation titled “The Carceral State: Race, Citizenship and American Life in the 21st Century,” will be held 7:30–9:30 p.m. Sept. 17 in Emerson Suites Room B as part of Ithaca College’s celebration of Constitution Day.

The Office of Public Safety and Emergency Management is investigating a report of burglary, which occurred on the eighth floor of East Tower between 9:15 p.m. Sept. 5 and 2:20 a.m. Sept. 6.