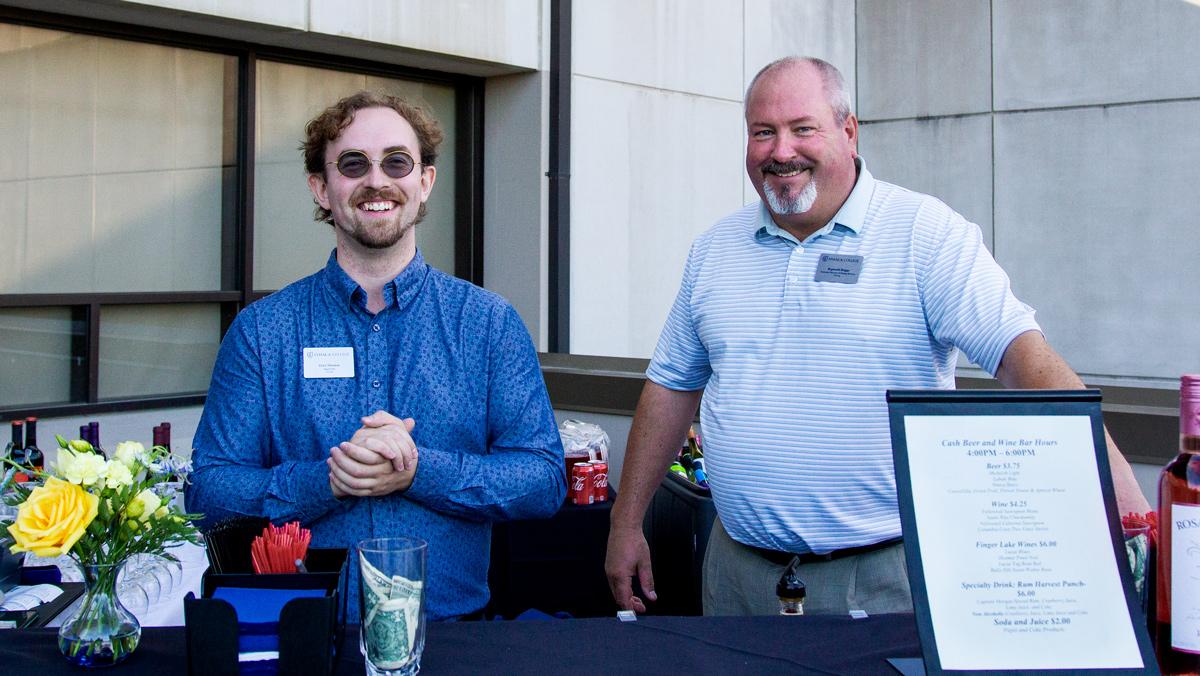 Lindsey French, visiting assistant professor in the Department of Studio Arts at the University of Pittsburgh, will present her lecture “Practices of Receptivity” at 6 p.m. Sept. 26 in the Handwerker Gallery as part of the “Ambiguous Territory: Architecture, Landscape and the Postnatural” exhibition. French is an artist and educator whose work engages in gestures of communication with landscapes and the nonhuman. Her projects are texts written in collaboration with trees, scent transmissions, performative lectures and video documentation of dialogues with landscapes. She shared her work at the Museum of Contemporary Art and the International Museum of Surgical Science in Chicago, at Vox Populi in Philadelphia and in conjunction with the International Symposium of Electronics Arts in both Albuquerque, New Mexico, and Vancouver, British Columbia.

John Duber, CNN live television director, will speak at 10 a.m. Sept. 27 in the Park Auditorium. Duber has worked in news production for 20 years. He has received seven Emmys from the National Academy of Television Arts and Sciences. He has worked across the country in live news and music as well as directed for Apple.

Playwright to present her memoir in three-hour multimedia solo show

Playwright Ruth Bieber is coming to the college to present her multimedia solo show on her life. The show will take place at 3 p.m. Sept. 27 in Hill 104. The show will be split into multiple parts with time for discussion and questions from 6 to 6:30 p.m. Bieber was born to immigrant parents in 1956. Her show features the highlights of her life as a woman, mother, professional, academic and traveler. Bieber, who is blind, will invite audience members to wear nightshades during the show to fully experience her loss of sight.

The Cloud Chamber Orchestra will perform live music to the silent film “The Cabinet of Dr. Caligari” at 8:15 p.m. Sept. 30 in Hockett Family Recital Hall. There will be a moderated question and answer segment with the musicians
following the performance. Funding for this performance is provided by the Office of the Dean in the Roy H. Park School of Communications and the Ithaca Seminar Program, with additional support from the Finger Lakes Environmental Film Festival.The event is free and open to the public. Musician Robby Aceto, musician and composer Peter Dodge and musician Chris White will play for the orchestra. Aceto is internationally known for his work as a guitarist. Dodge has performed in a variety of genres, including classical, folk and rock. White has played in a jazz string quartet and with the Cayuga Jazz Ensemble.