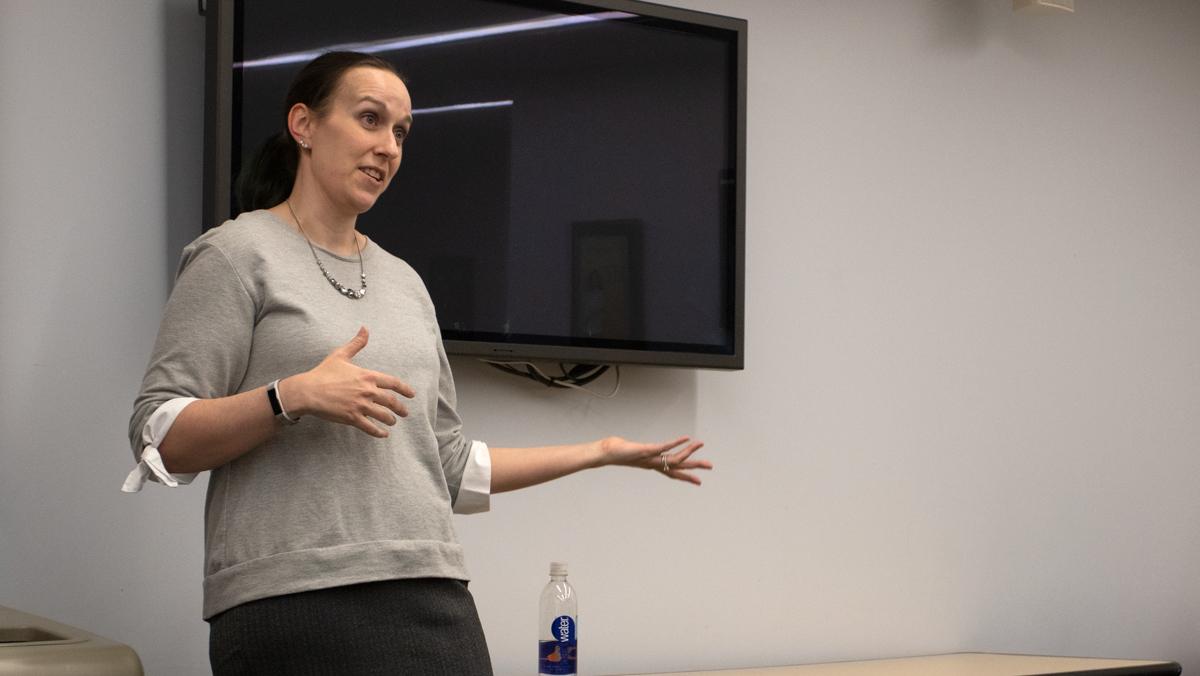 In celebration of Banned Books Week, the library’s Research Help Desk will display banned books. Visitors can use the library’s guide to banned and censored media to find books to explore and learn more about the event. Banned Books Week is an annual event celebrating the freedom to read and the importance of the First Amendment. This year it is being held from Sept. 23 to 29. Books are most frequently banned or challenged if an institution or individual deems their content to be offensive.

This year, an event, Thank a Banned Author, was held at noon Sept. 25 in the Center for LGBT Education, Outreach and Services. Readers gathered to write emails or postcards to banned or censored authors in order to thank them for their impactful books. The event will also be held Sept. 27.

Steven Mauk, professor in the Department of Performance Studies, edited the English language version of “Saxophone Music by Polish Composers” written by Dariusz Samol. The book was published in Polish in 2014 but was only recently made available in the English version.

Samol was a guest artist at the School of Music two years ago and hosted Mauk during a past performance and master class at the Academy of Art in Szczecin, Poland.

Patricia Zimmermann, professor in the Department of Media Arts, Sciences and Studies and co-director of the Finger Lakes Environmental Film Festival, was featured in a profile interview for Immerse magazine from the Massachusetts Institute of Technology. The interview focused on concepts elaborated in her new book co-authored with Helen De Michiel, “Open Space New Media Documentary: A Toolkit for Theory and Practice.”

The book provides a conceptual model for analyzing international media projects on political issues such as sea level rise, the Great Famine in China, migrants in Malaysia, gentrification in Philadelphia, Palestine hidden histories and forced sterilization in Peru. Funded by the MIT Open Documentary Lab, The Fledging Fund and The Mac Arthur Foundation, Immerse is an online magazine for the creative discussion of emerging nonfiction storytelling. The magazine features stories on how user participation, social media and gaming have affected documentaries and journalism.

As part of the Park Distinguished Visitor Series, David Brooks, a political commentator, will be speaking at the college. Brooks will discuss “Our Lives On-Line: The Challenge of Forging Identities,
Relationships and a New Society Through Mobile/Social Media” at 7:30 p.m. Oct. 4 in Emerson Suites.

Brooks writes a biweekly op-ed column for The New York Times. He is a regular analyst on PBS NewsHour and on National Public Radio’s All Things Considered. Brooks’ current book, “The Road to Character,” explores the road to a deeper inner life and explains why selflessness leads to greater success. His previous books include “The Social Animal,” “On Paradise Drive” and “Bobos in Paradise.”

Brooks worked at The Wall Street Journal for nine years and has written for The New Yorker, Forbes, The Washington Post, and other periodicals.

College alum to give presentation on athlete strength and conditioning