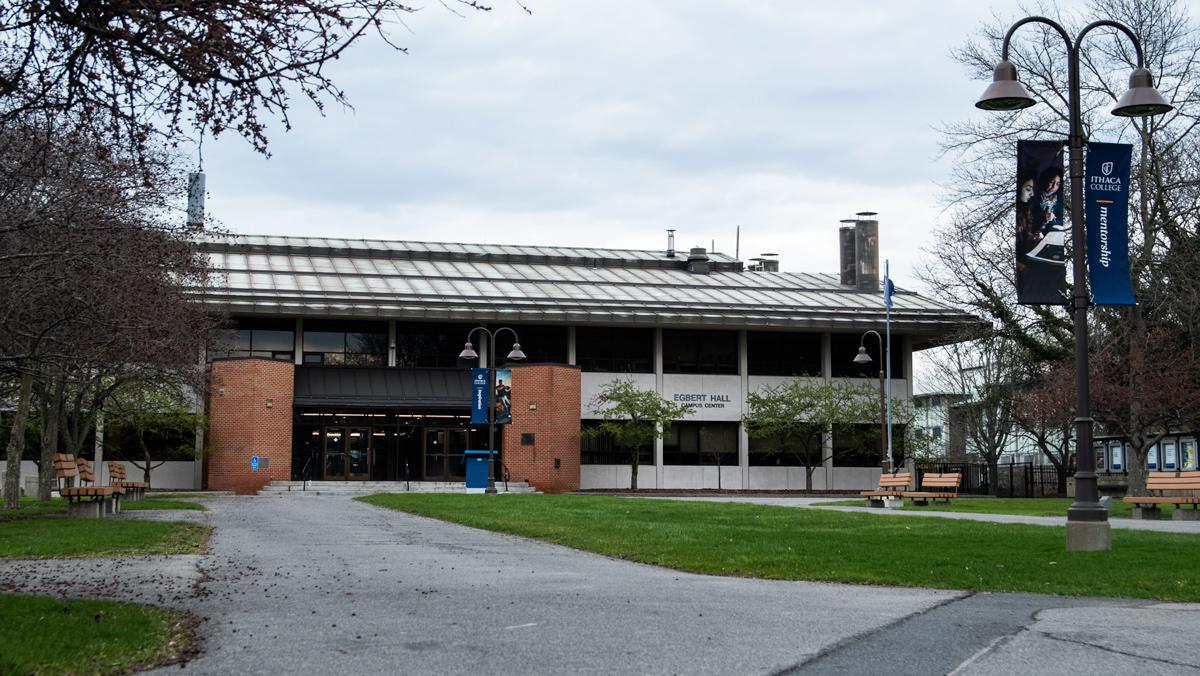 Some Ithaca College students are concerned about health and safety following the college’s plan to begin the 2020–21 academic year on campus in October.

President Shirley M. Collado announced May 18 via email that the college will begin the 2020–21 academic year with in person classes Oct. 5. The college has not released information pertaining to social distancing nor on-campus activities, but the Return to Campus Task Force is working to share this information in September. Tompkins County is part of the Southern Tier region in New York and began phase two of Gov. Andrew Cuomo’s reopening plan May 29.

Collado provided an outline of the academic calendar for the 2020–21 academic year in an email to the campus community May 26.

The new calendar includes shortened breaks for Thanksgiving in the fall semester and a four day break in March in lieu of a spring break. The college will also provide incentives for students to remain on campus during those breaks. Winter break will be shortened to two weeks and fall classes will resume Jan. 4. Commencement is scheduled for May 30.

A petition to change the opening to an earlier date has garnered over 500 signatures since its creation May 27.

The petition, created by rising senior Thomas Edson, raises concerns over the health and safety of students due to a lack of breaks in the academic calendar. It also questions the college’s decision to open in October when other higher education institutions in New York are moving to online instruction in November.

Some nearby schools in the region and in regions on-par with the Southern Tier have announced their plans for the upcoming academic year. Binghamton University in Binghamton, New York, announced May 20 that the semester will be starting as planned in August. Syracuse University in Syracuse, New York, announced May 20 it will hold classes in person starting in August, with exams issued virtually after Thanksgiving.

Cornell University released six possible scenarios May 25 for the 2020–21 academic year; all of the options offer instruction online after Thanksgiving break. The university asked for feedback from faculty and students on the calendar options before making a final decision in mid-June, but made clear that it is not a referendum.

Edson said he was concerned when Ithaca College announced it would reopen Oct. 5 and he created the petition to encourage students and families to provide feedback and advocate that the college should reassess their reopening plans.

“Students and parents are instrumental in this reopening process,” Edson said. “And if the college feels that these populations are large enough and have legitimate concerns, I believe that this administration will open up to dialogue and hopefully change.”

The Department of Politics released a letter to the Return to Campus Task Force via Intercom June 4 expressing their concern over the college’s choice to have students on campus during the height of flu season. The department asked the college to consider a simplified academic calendar that follows the plans of neighboring schools.

Universities across the country are concerned about a decrease in enrollment due to the COVID-19 pandemic. The college extended its enrollment for incoming freshmen to June 1 because of the pandemic. In the past, the college has missed its target enrollment.

Incoming freshman Gracie Marcellus said the announcement from the college did not impact her decision to attend the college for the 2020–21 academic year. She said she is interested in the incentives for remaining on campus during breaks because she is from out-of-state.

“Considering this pandemic created what some might call an ‘extended summer,’ it’s not too much to ask for us to cut our breaks short,” Marcellus said. “It may be a change of pace, but college is a big change in general.”

Rising senior Elinor Zollweg said she would like to learn more about the academic calendar for the 2020–21 academic year. Zollweg said she is supposed to graduate in December, but does not have information about a new graduation date.

Vikki Levine, registrar in The Office of the Registrar, said the task force is working on finalizing a date for fall semester commencement. She also said that no decision has been made on a final date for students to take a leave of absence from the college for the fall semester.

“As soon as definitive final information is available it will be sent to all students and families,” Levine said.

Rising sophomore Lauren Levesque said she thinks the college should provide an option for students to take classes remotely for the semester, an option that she said she would take if the college offered it.

“The college shouldn’t be forcing students to come back to get an education,” Levesque said. “If students come back to campus and the worst happens, I think the college will have more problems than just converting the semester online.”

Levesque said she is concerned that the pandemic could last past October. The summer might slow down the spread of the virus, but there could be a second wave in Fall 2020, according to some medical professionals.

Zollweg also said she thinks the college should provide an option for students to learn remotely.

“My parents are in an at-risk age group for coronavirus and I don’t want to accidentally bring it home to them at the end of the semester,” Zollweg said. “I just really think it is crazy that Ithaca College is considering bringing everyone back to such close quarters when there is no sign of a vaccine being distributed anytime soon.”

Some students also expressed concerns over the Hammond Health Center’s ability to manage students’ needs during the pandemic. In the past, Hammond Health Center has not been able to meet demands, especially in the Center for Counseling and Psychological Services. Collado said in an email to the campus community May 26 the Return To Campus Task Force is working on a way to provide testing to the campus community, but no further details have been released.

The Hammond Health Center did not respond to requests for comment.

Tompkins County currently has no confirmed resident deaths due to COVID-19. As of June 5, over 10,960 people have been tested. There have been 163 positive cases.

Carol Herb, mother of rising senior Sean Herb, said she would like to see immediate testing for people exhibiting symptoms of coronavirus and a change in how professors enforce attendance policies.

“One thing I would like to see very much is flexibility with the professors in terms of if someone is feeling unwell there is no penalty for staying home, in their apartment or dorm, so they have the time to be able to get checked and see what’s going on,” Herb said. “I know so many kids go to classes sick, so I would really hope the college institutes some kind of change in the culture.”

In an attempt to enforce social distancing, the Office of Residential Life decided to disband triple rooms and limit the number of people living in an individual room to no more than two people. There have been no further details about housing logistics for the upcoming semester.

Students have expressed dissatisfaction with housing in the past after Residential Life placed upperclassmen in freshman dormitories in order to resolve a shortage of available upperclassmen housing during the 2019–20 academic year. The number of rising juniors approved to live off-campus for the 2020–21 academic year was also less than usual.

Rising junior Manuel Sanchez said he would like to see a specific plan about keeping students safe on campus.

“It doesn’t seem like that’s in place right now,” Sanchez said. “The biggest concern to me is how they plan to address housing when they’re very adamant that they couldn’t do anything for our housing problems during the year.”

Residential Life did not respond to requests for comment.

All of the college’s affiliated study abroad and away programs were canceled for the upcoming academic year. The most recent cancellation was the Ithaca College Los Angeles (ICLA) program. Stephen Tropiano, director and professor at the James B. Pendleton Center in Los Angeles, announced via email to students enrolled in ICLA for the fall semester that classes exclusively offered in Los Angeles will be taught online.

Rising seniors enrolled for the fall semester were automatically reassigned to Spring 2021. Rising juniors were notified via email from Tropiano that their enrollment was pushed back to the 2021–22 academic year.

Rising senior Mateo Flores said he was devastated by the announcement. Flores said he planned to graduate early at the end of the fall semester. Flores said he decided against taking a leave of absence in the fall because there is no way to predict what will happen with ICLA in the spring.

“Going to the main campus in the fall felt like the safest option,” Flores said. “Plus, I would get a chance to get some closure that I felt I missed out on when Ithaca College went remote in the spring.”