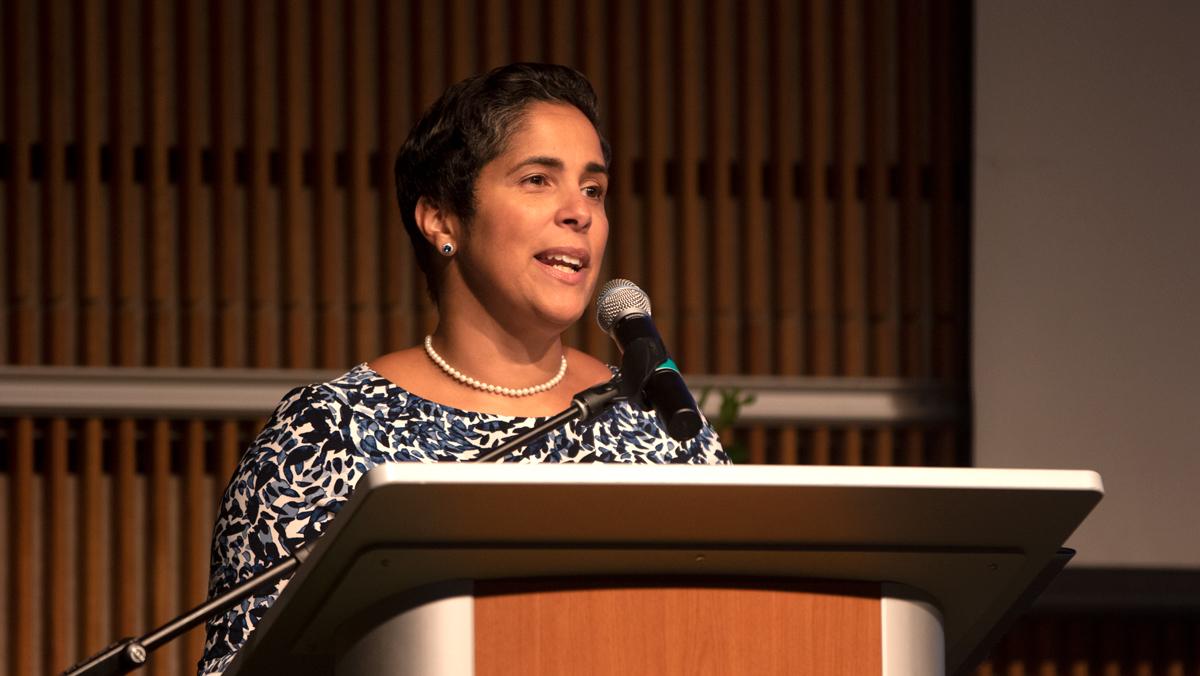 Julia Cherruault/The Ithacan
Tuition will now be set at $45,275, a 2.95 percent increase from tuition for the current academic year, according to an email sent to the community by President Shirley M. Collado.
By Maggie McAden — Assistant News Editor
Published: October 26, 2018

The Ithaca College Board of Trustees approved increases for tuition, room and board for the 2019–20 academic year during one of its October meetings, bringing the total cost of living for students on campus to $61,132.

Tuition will now be set at $45,275, a 2.95 percent increase from tuition for the current academic year, according to an email sent to the community by President Shirley M. Collado and chair of the board David Lissy ’87. The cost for a standard double room will also increase by 2.35 percent, bringing the cost to $8,769. The price of the standard meal plan will also increase by 1.35 percent, and the plan will now cost $7,088.

Collado and Lissy said in the email that these increases will be offset by institutional and need-based aid. They said more than 90 percent of students attending the college receive institutional aid, which amounts to $127 million. They said in the email that the college is trying to keep tuition increases low while also investing in the student experience. They cited the addition of the Division of Student Affairs and Campus Life as an example of these efforts.

The board also participated in “deep dive” sessions in which different topics of higher education relevant to the college were discussed. Bill Guerrero, vice president for finance and administration, recommended changing the board’s annual budget approval vote to the board’s May meeting instead of its February meeting and ending the college’s fiscal year June 30 instead of May 31.

They also announced in the email the negotiation of the sale of 2 Fountain Place, the mansion where the past six college presidents have resided, and 2 Willets Place, its adjacent carriage house. They said that the plan for building the on-campus presidential residence is currently in its design phase and that groundbreaking will not be expected to begin until Spring 2019. The board also spent its first day of meetings discussing leadership and the strategic planning process.

Ithaca College budget for 2018-19 not yet approved