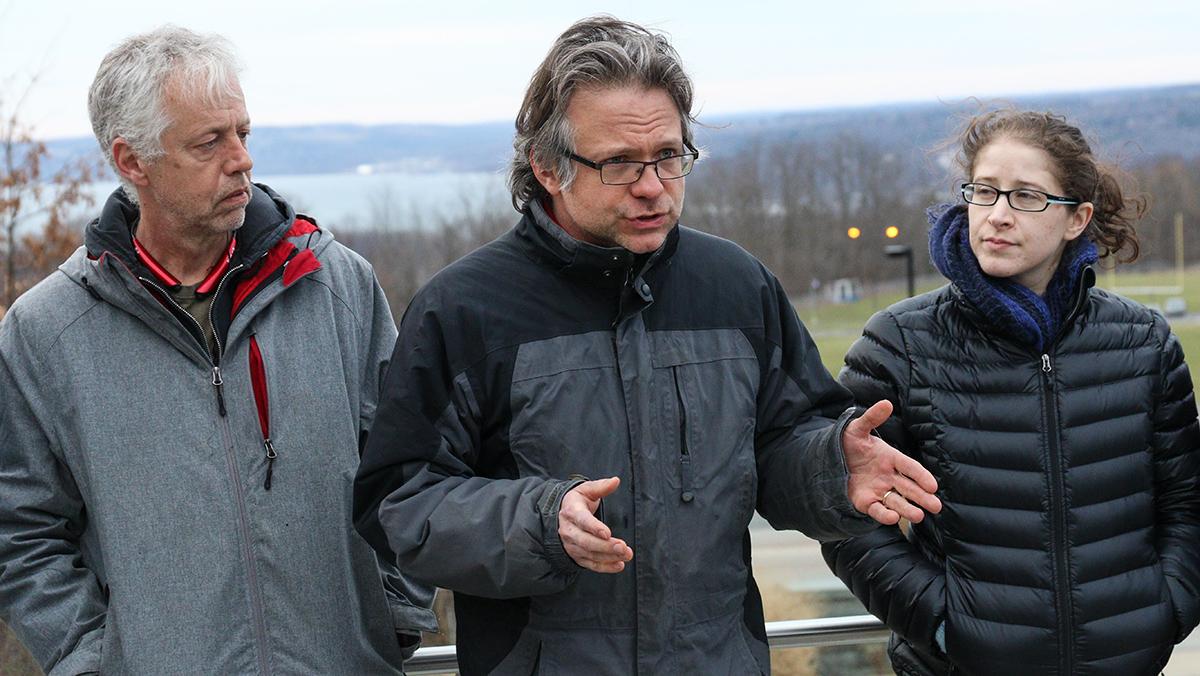 Andrew Treves/The Ithacan
The contingent faculty unions have announced that they will strike on March 28 and 29 if a contract agreement is not reached.
By Grace Elletson — News Editor
Published: March 9, 2017

At a news conference held March 9, Sarah Grunberg, instructor in the Department of Sociology, said the part time–faculty union left a bargaining session March 8, agreed to an emergency bargaining session held from 9 a.m. to 12 p.m. March 9 and expected the administration to deliver a significant compensation raise. However, she said it did not.

Rachel Kaufman, lecturer in the Department of Writing, said the part-time faculty came down from its goal of pay parity with full-time contingent faculty members at the March 8 session — the lowest paid full-time contingent faculty member at the college makes about $48,000 a year, so pay parity for a part-time faculty member would be $24,000 a year, as previously reported by The Ithacan. Megan Graham, assistant professor in the Department of Writing, would not disclose exactly where the part-time faculty came down to but that at the March 9 meeting, the administration rejected its offer.

“Through our mediator, we made an offer to come down off of pay parity to attempt to get them to move,” Graham said. “They came back with, ‘No, what else you got?’ We found that even coming down from a principle of justice did not do us any good.”

Dave Maley, senior associate director for media and community relations, said the college is disappointed that instead of continuing to bargain with the college March 9 — which he said the administration was willing to do — the union announced a strike date.

“By continuing to bargain, a contract agreement can be reached,” Maley said. “If the union does strike, the college will be prepared to ensure that our students continue to receive their education.”