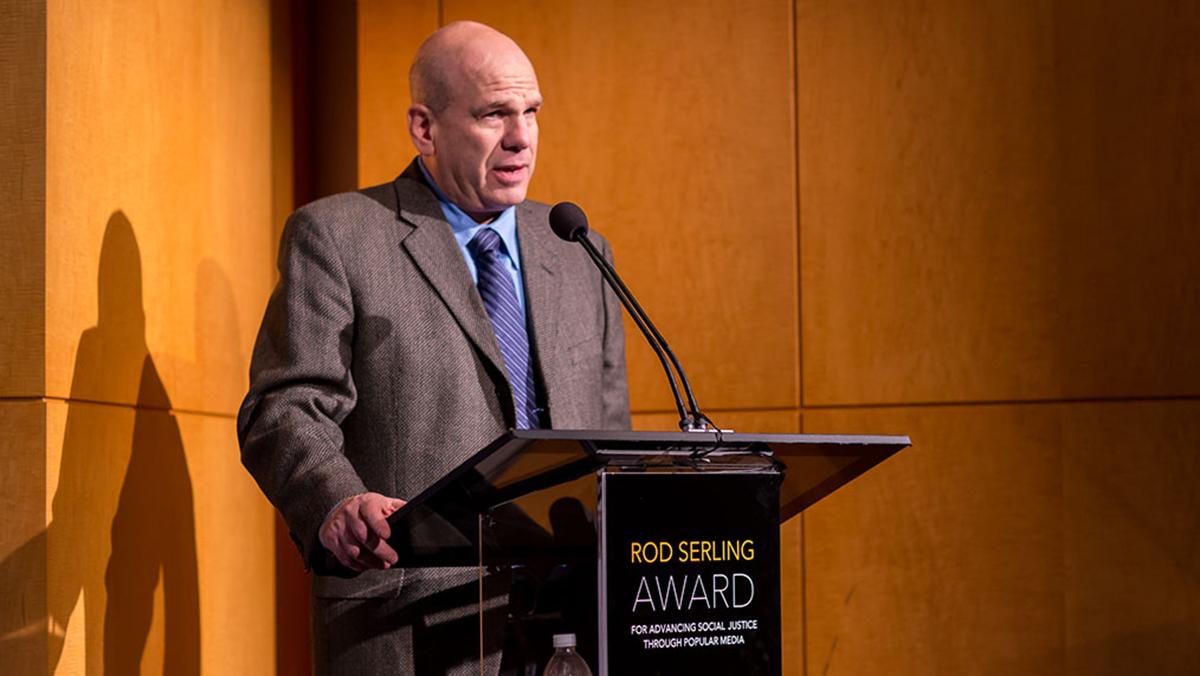 The Rod Serling Award for Advancing Social Justice Through Popular Media was presented to David Simon Feb. 4 at the Paley Center for Media in Los Angeles.

This award, in its inaugural year, is presented in honor of writer, producer, teacher, and humanitarian Rod Serling. Serling is best known for his TV series “The Twilight Zone” and taught at Ithaca College from 1967–75. The Rod Serling Award “honors a contemporary media industry professional who shines light on prejudice, inequality, and evolving social norms” through their work, according to the college website.

Diane Gayeski, dean of the Roy H. Park School of Communications, said while many people associate Serling with science fiction, those who know his work well recognize his contributions to society through fighting social injustice.

“As an alumna who had the privilege of taking classes with Rod Serling, I’m proud to have created a new award in his honor,” Gayeski said via email.

Simon is the creator of the HBO television series “The Wire” and “Treme,” which both depict urban life in America. Simon is a Baltimore-based author, journalist and television writer and producer. He worked as a crime reporter for The Baltimore Sun before entering the television industry and has received a Peabody Award for his work.

Gayeski drew parallels to Simon and Serling’s work and said Simon was the perfect choice to receive this award.

“Like Rod Serling, his gift is the ability to make his audiences uncomfortable but unable to switch off the story,” Gayeski said via email. “Both leave viewers with lingering images and issues that can’t be ignored and force us to confront our own responsibility to those who still have unequal opportunities in our country.”

In his acceptance speech, Simon said he was astonished and honored to be compared to Serling. Simon said while he usually tries to avoid award ceremonies, when he got the call that he was going to be the first recipient of an award named after Rod Serling, he accepted the invitation with “alacrity.” Simon thanked the Park School for creating an award that encourages positive subversion in the entertainment industry.

The award was presented by Carol Serling, Rod’s widow and former member of the Ithaca College Board of Trustees.