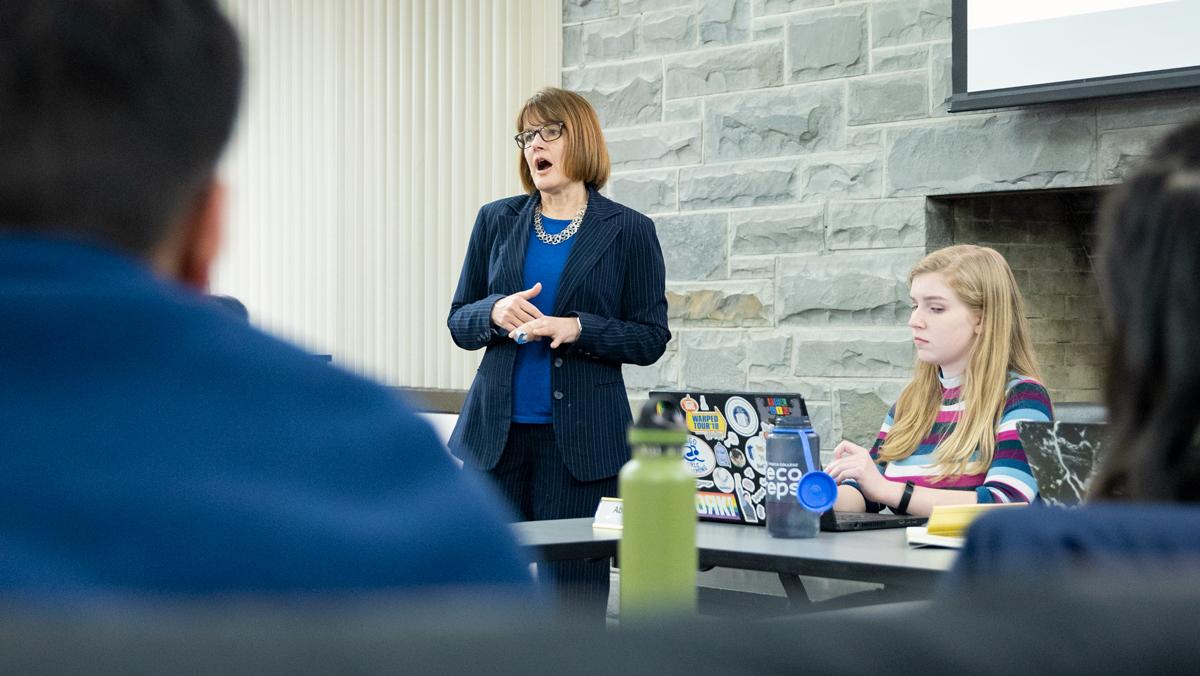 Dean of Students Bonnie Prunty met with the Ithaca College Student Governance Council on Jan. 27 to discuss changes being made to the sophomore housing process, the off-campus housing process and fall orientation.

Prunty said the college is considering possible changes to the sophomore housing selection process after receiving responses from students who were dissatisfied with the process.

In July 2019, rising sophomores faced issues while registering for housing for Fall 2019, as previously reported by The Ithacan. On the second day of sophomore housing selection, the housing portal shut down because of the lack of housing options. Some sophomores had to select housing in dorms that sophomores do not typically live in, like East Tower and the Circle Apartments.

“There has been some pretty clear and re-occurring feedback, particularly by students who are rising sophomores, about the fact that our current selection system is not working well for those students,” Prunty said. “We’re really trying to take a look at what can we do differently that might improve that experience moving forward.”

Freshman Grace Madeya, Class of 2023 senator, said she appreciates the steps the college is taking to fix the housing process going forward because she has heard concerns from freshmen.

“A lot of freshmen are really nervous about sophomore housing next year, so I really appreciate the fact that you guys are looking at it,” Madeya said.

In November 2019, sophomores experienced more trouble with housing when applying for off-campus housing for next year, as previously reported by The Ithacan. The software the college used experienced technical difficulties due to the high volume of applicants, causing some applications to be improperly recorded or not collected at all. Unlike previous years when the applications were approved on a first-come, first-serve basis, applicants were picked at random.

Prunty said the college is looking to change the software it uses for selection for off-campus housing so the software can be tested before it goes live to the campus community to ensure that there are no issues.

Prunty said the college did not allow as many students to live off-campus as it has in previous years even though it received a greater number of off-campus housing applications. She said this is because the college enrolled approximately 1,500 students for the Class of 2023 rather than the expected 1,630–1,699 students. She said she expects that there will be a similarly low enrollment size for the Class of 2024.

Sophomore Hunter Simmons, Class of 2022 senator, said that students face difficulties when paying for housing at the college and that it is important to listen to students.

Prunty said that because it was the first year of a new orientation program, the college ran into difficulties that will be addressed in the future.

“The first year through, there were definitely things that worked,” Prunty said. “The food trucks worked really well, but the lines were too long. You wouldn’t know that until you do it the first time because we didn’t know how to anticipate how students would elect to spread out among the different events.”

The SGC also passed a bill to create a position on the SGC senate for a representative from the Students of Color Coalition (SOCC).

It was sponsored by sophomore Senator-at-Large Sebastian Chavez and junior Mayuri Perera, former SGC international senator. The amendment was co-sponsored by senior SGC President Farwa Shakeel and the SOCC.

After the SGC Senate passed the bill, junior Senate Chair Abigail Murtha said she was glad the SGC approved the amendment.