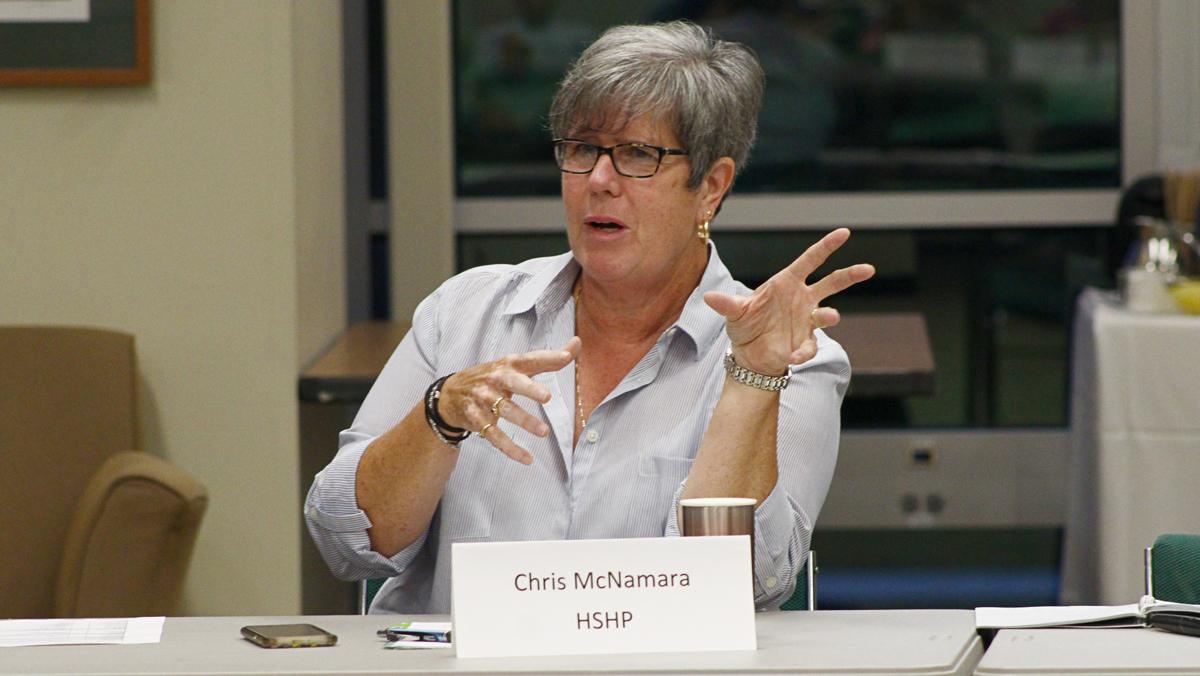 The Ithaca College Faculty Council Executive Committee has met with the administration to express concerns regarding a transfer student on the football team.

The executive committee met with La Jerne Cornish, provost and senior vice president for academic affairs; Rosanna Ferro, vice president of the Division of Student Affairs and Campus Life; and Susan Bassett, associate vice president and director of intercollegiate athletics and recreational sports, Sept. 11 to discuss the enrollment of senior Joe Germinerio at the college.

Germinerio transferred to the college for the Fall 2019 season to compete on the college’s football team as a quarterback. Germinerio graduated in 2019 from the College at Brockport in Brockport, New York. He is currently enrolled at Ithaca College as an undergraduate student. Germinerio said he does not plan to complete a degree and plans to leave the college at the end of the fall semester.

The executive committee called the meeting because it had received concerns from faculty members regarding the terms of Germinerio’s transfer, said Chris McNamara, faculty council chair and clinical associate professor and clinic director in the Department of Physical Therapy.

McNamara said she could not elaborate on the specific concerns discussed because the meeting was confidential. She said that Cornish, Ferro and Bassett were forthcoming with information at the meeting.

“I think we asked a lot of questions,” she said. “We got a lot of information.” 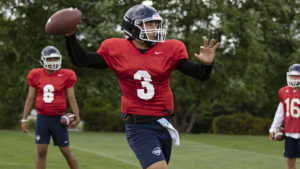 Joe Germinerio transferred to the college for the Fall 2019 season to compete on the football team as a quarterback. Peter Radier/The Ithacan

The executive committee released a statement to faculty members after the meeting.

“We had a productive conversation during which we asked questions and expressed the concerns of the many faculty who contacted us regarding this matter,” the executive committee wrote in the statement. “Susan, Rosanna and La Jerne answered our questions and fleshed out our understanding of what transpired.”

Cornish sent a message to faculty Sept. 17 regarding the meeting. She wrote in the statement that she also looks forward to having continued conversations about the academic and sports-related values of the college.

“Some of the criticism following the publication of [The Ithacan] article has been directed at the School of Business and the Office of Intercollegiate Athletics and Recreational Sports,” Cornish wrote in the message. “After a thorough examination of the situation, I am happy to provide my continued unwavering support to our business school and athletics program.”

Bassett sent a Letter to the Editor on Sept. 12 stating that although Germinerio’s transfer to the college is unusual, the Office of Intercollegiate Athletics and Recreational Sports complies with NCAA regulations. Because Germinerio has remaining eligibility to play football, he can complete an undergraduate degree at one Division III institution and begin another undergraduate degree at another Division III institution, according to NCAA Bylaw 14.1.9.

Cornish said via email that after The Ithacan article about Germinerio was published, she expected faculty to be concerned about the situation. She said she thinks the conversation went well.

“We had a candid conversation with faculty clearly articulating their concerns,” she said via email. “We discussed Division III athletics in general and our collective understanding of what it means to be a Division III athlete at Ithaca College in particular.”