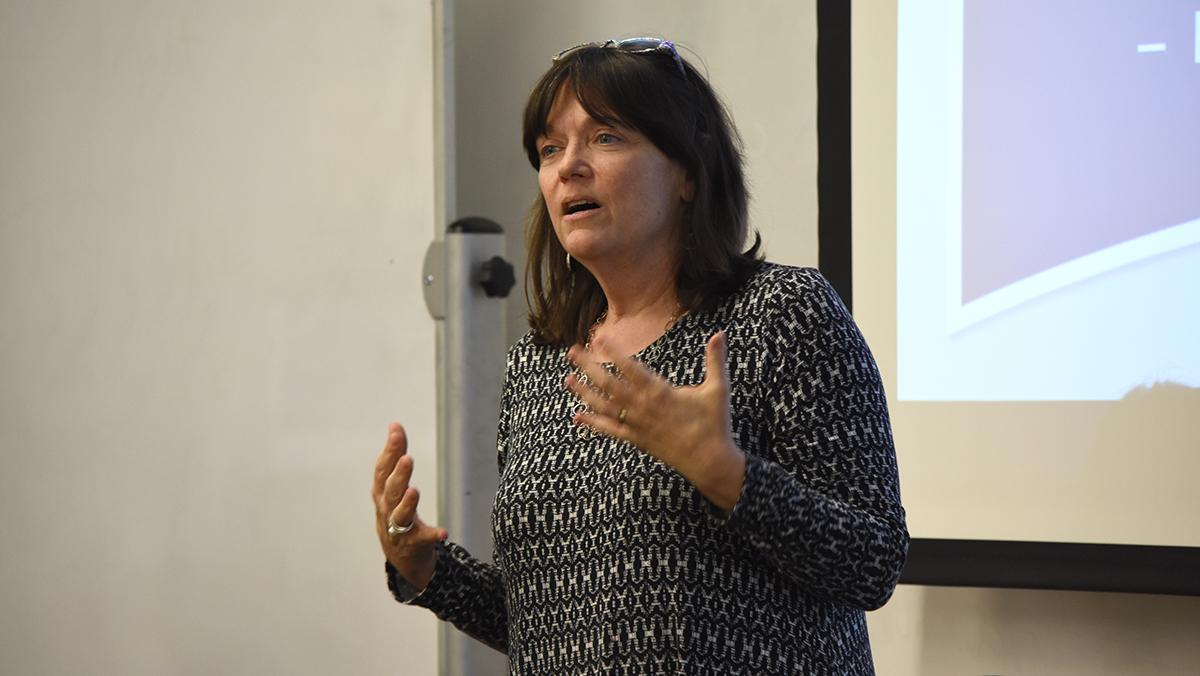 The Faculty Council voted in favor of tabling the recently published updated shared governance draft until the ninth president of Ithaca College, Shirley Collado, begins her term on July 1, 2017.

The council approved tabling the report at the April 4 meeting so that they are able to work inclusively with Collado to develop a plan. The council also discussed donor contributions to the college, initiatives developed by the Student Success Committee and progress with the Integrated Core Curriculum Advisory Committee.

Chris McNamara, member of the Ithaca College Shared Governance Task Force and clinical assistant professor and clinic director in the Department of Physical Therapy, said Collado’s input could be beneficial in the development of the draft because of her previous experience improving shared governance at other institutions, as she said when she visited campus Feb. 22.

Tom Swensen, chairman of the Faculty Council and professor and chair of the Department of Exercise and Sport Sciences, said he wanted to table the report since the new update did not create changes to incorporate the other constituent bodies on campus, like the Student Governance Council, the Staff Council and the Faculty Council, to collaborate with the President’s Council on proposals it creates.

The new shared governance proposal specifies that all proposals put forth by the Faculty Council, the SGC, the Staff Council and the Administrative Governance Council must go through the proposed College Governance Council. However, proposals put forth by the President’s Council do not have to go through the CGC. The council agreed to table this report also because they felt it would not be fair to create a new system of governance right before Collado assumed her position.

During the last fiscal year, the college fell short of its donation goal, receiving only $8.5 million, but Biehn did not disclose what the college’s original goal was. Donor retention also decreased from 72 percent in 2015 to 51 percent in 2016, Biehn said. However, this year’s numbers are slowly increasing again, he said. The donations received so far this year total $8.7 million, and the donor retention rate is at roughly 60 percent. Once Collado was announced as the new president of the college, donors came back and showed their support, Biehn said.

From the Student Success Committee, both Elizabeth Bleicher, associate professor in the Department of English and exploratory program director, and Dave Prunty, executive director of auxiliary services, also visited the council to present their plan on how to improve student engagement in convocation and commencement. Currently, these events consist of speakers addressing students at length, which often causes people to lose focus and be uninterested. They plan to increase engagement by making the events more interactive and welcoming, Prunty said. One of the suggestions that the SSC presented was to have faculty stand in the aisles as students walk by in order to feel that they are welcomed and surrounded by people who are there to help them, he said. Another suggestion was to give a class gift to students at convocation, such as a T-shirt, or a towel to use when they participate in the fountain jump before graduation.

The SSC is focused on the success of a student’s first year, which they define as spanning from the time they place their deposit until Oct. 1 of their sophomore year.

“We want to think about how convocation fits into that arc,” Bleicher said.

Since the previous council meeting, the ICC Advisory Committee has begun talking to professors about the issues they have with the ICC, said Jason Freitag, associate professor in the Department of History and member of the ICC Advisory Committee. The committee has also started looking at which themes could potentially be combined, Freitag said, which was originally proposed by the SGC. Some courses are offered in multiple themes, so the committee is looking for ways to tie them together to potentially be part of one theme.

Biehn said the college is also planning to update the college’s website by changing the layout and design of the site as well as making functionality changes for professors, current students and prospective students. More information about this plan will be presented to the council at its next meeting on May 2.

The Faculty Council will also be hosting a wine and cheese night from 4 to 6 p.m. April 17. The event is open to all faculty to inspire discussion among faculty.