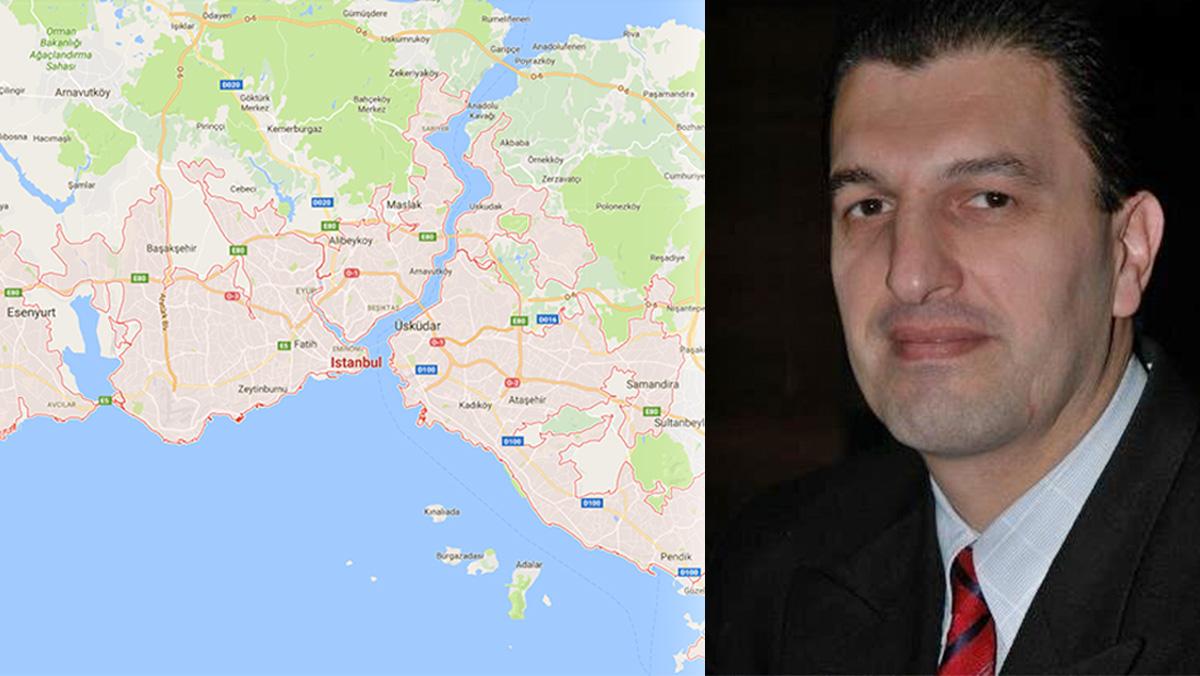 Google Maps/Ithaca College
Vedat Demir studied at Ithaca College as a visiting scholar-in-residence between 2012–14. Now, he's been arrested and placed in Turkish prison after he was thought to have been an accomplice in the failed military coup which took place in Turkey on July 15.
By Grace Elletson — Assistant News Editor
Published: September 21, 2016

Vedat Demir, who was a visiting scholar-in-residence at Ithaca College from 2012–14 and researched political communication in federal election campaigns, has been imprisoned in Turkey without a set end-date.

Demir is one of many academics who has been detained and put in Turkish prison since July. Additionally, Science Magazine reported that about 15,000 staff members from the Ministry of Education were fired, 21,000 teachers lost their licenses and more than 1,500 university deans were asked to resign. These arrests and resignations began after the Turkish military attempted to overthrow the Republic of Turkey and unseat President Recep Tayyip Erdoğan on July 15. After a night of gunfire and explosions throughout Istanbul and Ankara, the coup was defeated, and 265 people had died.

Demir was a professor at Istanbul University, where he taught journalism and communications since 2011. He was previously the secretary general of the Turkish Press Council and was a columnist for a newspaper called Yarina Bakis, where he frequently wrote critically about the government.

On July 24 and 25, 31 scholars from Istanbul University, including Demir, were detained by the government on suspicions that they were associated with the movement accused of inspiring the coup, according to a statement released by Scholars at Risk, an advocacy organization dedicated to the protection of academics. On Aug. 3, 25 of them were released and issued travel bans, but Demir was formally arrested and sent to prison. Demir has publicly denounced the coup attempt in his column and on social media.

Nick Salvatore, a professor of Industrial and Labor Relations at Cornell University, said he connected with Demir and his family while he was conducting his research at the college. He said Demir was someone who was passionate about democracy and freedom of speech. Demir was researching political campaigns in the United States to apply what he learned to Turkey’s own political campaigns.

Salvatore said Demir was concerned with the direction Turkey’s democracy was taking. In the past two years, the government has been criticized for human rights violations and hindering freedom of speech by imprisoning journalists.

Though Demir was critical of the government, Salvatore said he did not support the coup.

“He had been critical of some of the various policies that have emerged especially in the past two, three years,” Salvatore said. “But he was very open about them, and published articles about them. It wasn’t that he was going around looking to foment some kind of secret revolution or change.”

“The police show up at three o’clock in the morning and roust the whole family up and take him away,” Salvatore said. “To this day, he has not been charged with a crime of any kind.”

Daniel Munier, an advocacy and communications officer for Scholars at Risk, said the organization has not been able to speak with Demir, but it has managed to get limited information on his situation from Turkish media and other sources familiar with his case.

Munier said there is no way of knowing when Demir will be released. He said Scholars at Risk has written letters of appeal to the Turkish government and the United States government on behalf of the detained academics.

“We have not seen a crackdown on academics at this level throughout the history of our organization,” Munier said.

When Demir was conducting his research at the college, he befriended Jason Freitag, an associate professor in the Department of History. Freitag said Demir was a valuable member of the community, especially as someone who valued the freedom of the press, since the college has such a prominent communications program.

“At the very least, because this cuts at the heart of what we do, we should care about this,” Freitag said. “But the fact is he was a member of this community … which gives us a special connection to his case.”

Correction: The article previously stated that Scholars at Risk had received information in their press release from Turkish government officials. It was corrected to state that the information was gathered from the Turkish media and other sources familiar with his case.