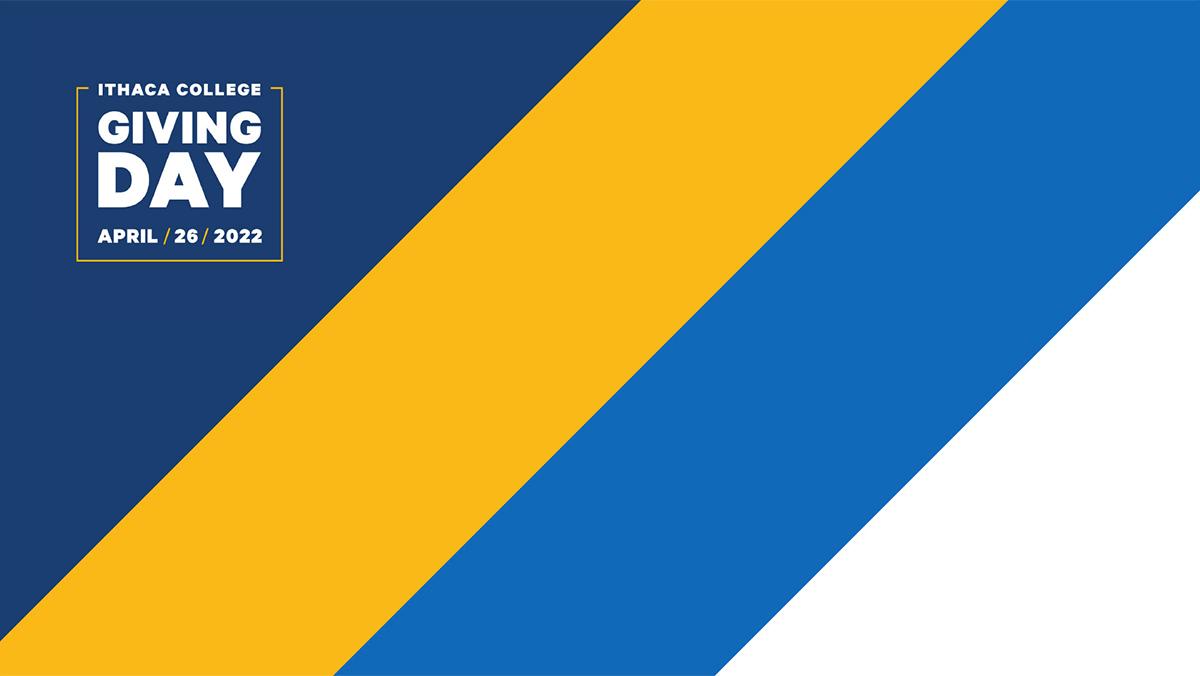 This is the college’s third time hosting the fundraising event and over $2.2 million was raised from 4,794 donors, the highest amount raised by the college in one day.
By Clare Shanahan — Staff Writer
Published: April 27, 2022

The Ithaca College community expressed mixed reactions to the annual 24-hour Giving Day fundraiser April 26. Some were frustrated by promotional materials like spam emails, while others enjoyed the opportunity to support specific organizations they care about at the college.

This is the college’s third time hosting the fundraising event and over $2.2 million was raised from 4,794 donors, the highest amount raised by the college in one day. Wendy Kobler, vice president in the Department of Philanthropy and Engagement, said Giving Day received a 39% increase in donors and a 20% increase in donations over last year’s $1.8 million raised. Donors were able to select how their money would be allocated among departments and programs across the college, including athletic teams, academic programs, financial aid and the more general annual fund.

Kobler said the 24-hour Giving Day campaign is used rather than a long-term fundraiser because it unites the campus community. Throughout the day, events were held across campus to promote Giving Day, including student performances and distribution of food to students.

“It is something that resonates extremely well with our alumni, our families, our friends and our parents,” Kobler said. “It’s an opportunity for everyone to come together on one day and celebrate engagement and philanthropy at Ithaca College.”

The college held the first ever Giving Day in 2015. In 2021, another Giving Day was held and many community members chose not to donate because they did not support faculty cuts being made by the college as part of the Academic Program Prioritization (APP) process, while others saw it as motivation to donate, as previously reported by The Ithacan.

In a tweet, the Ithaca College Library said it would use funds raised on Giving Day to have longer hours at the library. The library raised $20,001 from 43 donors.

“Ithaca College tuition is over 60k with room and board and they have the audacity to continuously ask for money to support their b——- downward spiral trajectory of relevance in higher Ed. Cut it out guys,” @MiGueloB3 said.

The cost of attendance for the 2021–22 academic year was $65,527, and the Ithaca College Board of Trustees approved a tuition increase of 3.25%, raising tuition to $67,656 as previously reported by The Ithacan

Users @snorin_lauren and @Gaykhaleesi expressed irritation at the number of emails they had received from the college.

“IF ITHACA COLLEGE EMAILS ME ONE MORE TIMEEEEE I’M NOT GIVING YOU MONEY,” @snorin_lauren said.

Jennifer Hochberg Toller ’97 said she received nine emails on Giving Day asking her to donate, which she said was excessive and insensitive to alumni like herself facing financial struggles.

“There’s a lot of people hurting and I think it’s important for the development office to realize that,” Hochberg Toller said. “I know, yes, they have a job to do but I feel nine emails and from various parties was excessive and it’s a turn off.”

Hochberg Toller said she feels the aggressive email campaign is an ineffective marketing choice, especially in addition to other requests for donations alumni receive throughout the year.

Nate March ’11 said he also received nine emails and found the amount of communication overwhelming. March said he currently works in the Department of Communications and Marketing at a different institute of higher education and knows there are better ways to motivate donors.

“I work very closely with our foundation and we talk strategy with them, we would never recommend quite so heavy-handed an ask of that sort,” March said. “[Social media] grassroots outreach I think appeals much more than doing something with production value and things like the canned e-blasts.”

March also said the college is not transparent in its financial situation, especially with recent cuts as a part of the APP, and that discouraged him from donating.

“I think that they should be painting a more transparent picture for those of us who have a stake in the future of the college to kind of know, where’s all the money going?” March said.

Kobler said the funds are going to directly impact faculty and staff and in some cases will be used to support faculty and improve college programs. For example, the Department of Sports Management raised funds to provide professional development and training to develop that program.

The college’s athletics department raised the most money out of all the organizations participating with a total amount of $1 million raised from 3,631 donors.

Sophomore James Collishaw donated to the fundraiser to support the men’s swimming and diving team and received the STAT Student Prize that awards an additional $500 to five randomly-selected student donors. Collishaw said he was surprised and felt extremely lucky to receive the bonus donation.

Collishaw said he enjoyed raising money, and his team raised over $20,000 for the event. The men’s swimming and diving team plan to use the money to reduce the costs of a future team-training trip and to buy more swimsuits and gear.

“A big part [of raising money] was a lot of people got their friends and family involved and relatives, siblings, cousins, everything just helped tremendously,” Collishaw said. “Friends and family played a huge role because we’re only college students, we don’t have too much money to spare.”