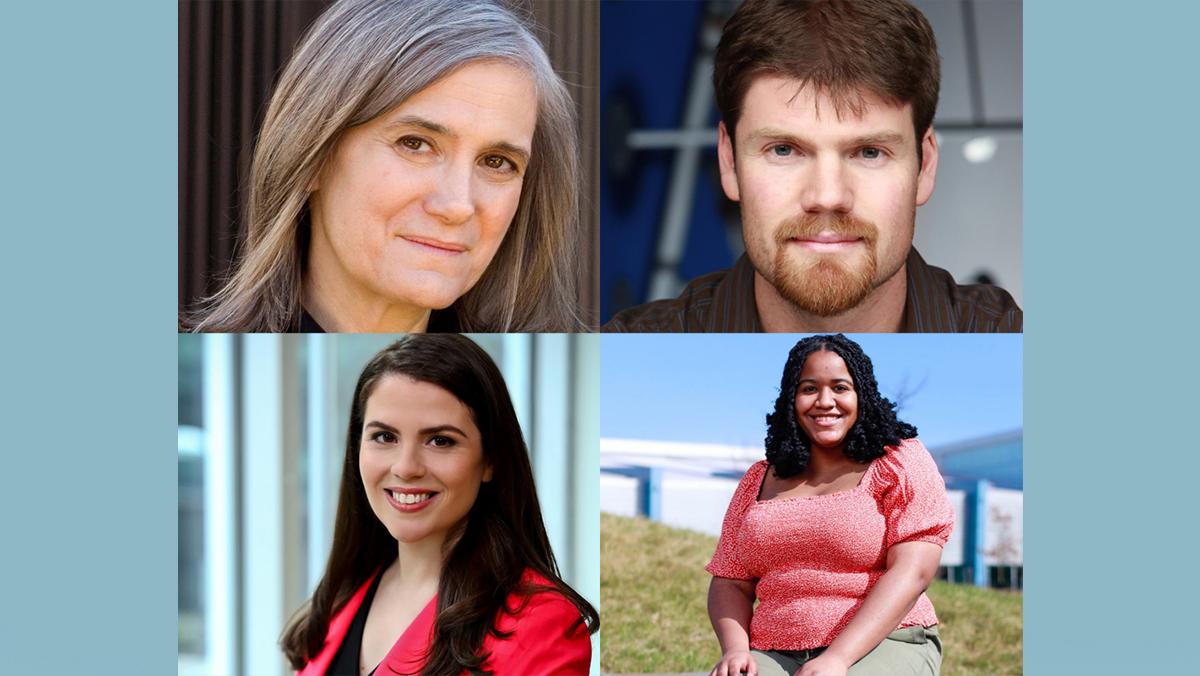 Ithaca College has announced that Sheila Katz ’05, chief executive officer of the National Council of Jewish Women (NCJW), will give the main address for the college’s 127th Commencement to be held May 22.

The college also announced that Jeff White ’98 visual effects supervisor and creative director for the Vancouver studio of Industrial Light and Magic, and Amy Goodman, founder of Democracy Now!, will receive honorary Doctor of Letters degrees. Senior Leticia Guibunda will be the student speaker. The commencement ceremonies will be held at 9 a.m. and 3 p.m. May 22 in the Glazer Arena of the Athletics and Events Center. Family and other guests will be in attendance but a live stream of the ceremonies will also be available. Students are allowed up to six guests each.

The NCJW leads 56 chapters across the country and is supported by over 200,000 advocates working to protect the rights of women, children and families in public policy and courts. Katz is also on the Board of Governors of Tel Aviv University and on the board of Heart of a Nation. Before being named the CEO of NCJW in 2019, Katz held the position of vice president of Student Engagement and Leadership at Hillel International. During her time at the college, Katz was the president of the Residence Hall Association and president of Hillel at Ithaca College.

White graduated from the Roy H. Park School of Communications with a cinema and photography degree. In 2002, White worked as a creature technical director on films like “Star Wars: Episode III — Revenge of the Sith” and “War of the Worlds.” He has overseen visual effects for “The Avengers” and “Kong: Skull Island,” which both received Oscar nominations. White has also overseen visual effects for episodes in Amazon Prime’s “The Underground Railroad,” Netflix’s “The Witcher” and “WandaVision” on Disney +.

Goodman leads Democracy Now!, a worldwide daily news program as host and executive director. She has published six New York Times bestsellers as a co-author and in 2009 won the Izzy Award from the Park Center for Independent Media. Goodman has received many awards for her work like for reporting on East Timor and Nigeria.

Guibunda is the current vice president of campus affairs for the Student Governance Council, after holding the position of international student senator. Beyond representing the student body on the Presidential Search Committee, Guibunda has displayed leadership and commitment to the college. She has worked in the Office of Student Engagement as a peer leadership consultant, a summer scholars student researcher in the School of Humanities and Sciences (H&S), director of marketing and public relations, historian and treasurer for the IC African Students Association; and treasurer for the IC International Club. Guibunda is an international student herself, coming to the college from São Paulo, Brazil but has lived in Maryland for many years. She is on track to graduate from the School of H&S with a major in Spanish and a minor in biological research and applied sciences. Guibunda said that representing the Class of 2022 is a great honor for her.

“There are so many amongst my class that I deeply admire and who have helped in shaping this institution in so many meaningful ways, and I can’t wait to share my gratitude for them and their contributions to this community,” Guibunda said via email. “As an International Afro-Latina woman on this campus I also feel tremendous pride in the opportunity to honor my own culture and the shared experiences I’ve had with other folks during the past years.”