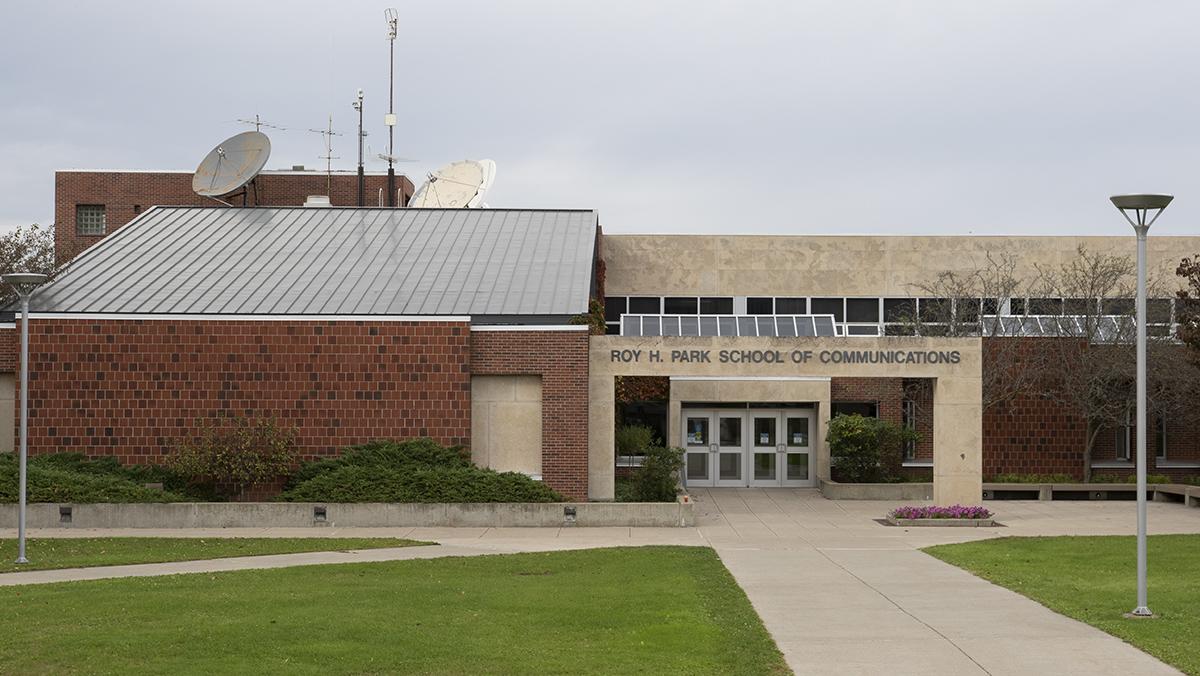 Eleanor Kay/The Ithacan
Jack Powers, Ithaca College’s Roy H. Park School interim dean, announced his support of the IATSE on Sept. 27 on the Park School of Communications Instagram account. IATSE was founded in 1893 when stagehand representatives met in New York City and pledged to support fair wages and working conditions for all of their members.
By Olivia Stanzl — Contributing Writer
Published: October 20, 2021

Members of the Ithaca College community have expressed their support for the International Alliance of Theatrical Stage Employees, Moving Picture Technicians, Artists and Allied Crafts of the United States, its territories and Canada (IATSE).

Jack Powers, Ithaca College’s Roy H. Park School interim dean, announced his support of the IATSE on Sept. 27 on the Park School of Communications Instagram account. IATSE was founded in 1893 when stagehand representatives met in New York City and pledged to support fair wages and working conditions for all of their members. IATSE began talks of a strike when more and more of their workers were frustrated with low pay, marathon workdays and missed meal breaks, according to the Instagram post. IATSE president Matthew Loeb planned to have the union go on strike Oct. 18 unless a deal with the Alliance of Motion Picture and Television Producers (AMPTP) was reached before then. The strike was avoided when a contract was created Oct. 16, just two days before the planned strike.

IATSE union members were planning to stop working until their concerns were addressed. There are around 40,000 film and television workers that are represented by 13 west coast IATSE local unions.

Powers said he was prompted to create the post because the COVID-19 pandemic has created a perfect opportunity for workers to demand fairer treatment. The pandemic allowed people the time to question how they are spending their time. After being home, many found they are happier, and in some cases, making more money from unemployment benefits than their pay through their jobs.

The Roy H. Park School of Communications has over 13,000 alumni in the communications industry around the world. This includes screenwriters, studio executives, directors, editors for photography magazines and more.

“Over the years, we have all heard horror stories about our graduates being asked to work seven days a week, 16–20 hours a day, and not getting a lunch break or a dinner break,” Powers said.

Sophomore Lauren Thier, a Television and Radio major, said she has always envisioned a life doing what she said she loves most — directing.

“This current crisis in Hollywood is making me question everything,” Thier said. “I know there needs to be change.”

Thier is the current director of ICTV Reports and said she hopes to one day work in Los Angeles or New York City. She said while there needs to be change, she understands she has to put in the work to reach her goals.

Powers said this mindset of struggling to become successful is often the narrative among workers in the entertainment industry. This tends to include working jobs that require longer hours, low pay and the only reward being the hope for future triumph.

“For years, the story was this: you have to pay your dues and then at the end there’s a pot of gold if you can just pay your dues,” Powers said. “But we’ve reached the point now where it’s no longer feasible.

The entertainment union negotiated with the AMPTP, which represents people within Walt Disney Studios, Warner Bros, Paramount Pictures, Apple, Netflix, Amazon and more. Despite the companies coming to an agreement, a ratification still must be held within the union. Members will be debriefed by local leaders before the vote. The new contract is for three years and is called the Basic Agreement.

Powers said change on these fronts were essential.

“We’re seeing some alums decide to leave the industry that they love because of the conditions and the low pay,” Powers said.

Junior Robert Mullhaupt, Cinema and Photography major, said the current climate in Hollywood is making him rethink the direction he wants to take following graduation.

“It has pushed me to kind of come up with the idea that I don’t necessarily want to join the film industry”, Mulhaupt said. “It sort of shifted my perspective to become more interested in creating something that still lets me do everything that I want and allows me to sort of make a better film industry.”

Despite this win, many members are expressing disapproval with the three-year contract.

A member of the union created a petition on change.org in support of voting “no” regarding the agreement. With a goal of 2,500 signatures, over 1,900 have already signed.

Leaders of IATSE are urging their members to vote yes and ratify the contract.

Carolyn Pender ’07 said in an Instagram post that, despite her real-life experience of abuse, she is still questioning whether or not to ratify.

“I am not disappointed solely in our leaders, but also in myself and other passive members for not communicating these concerns effectively before negotiations began,” Pender said.

Mullhaupt said he has heard that IATSE members are not happy and said they feel there is a misunderstanding between the leaders of IATSE and the members.

“I think it’s really important for people to pay attention to this,” Mullhaupt said. “I think this is one of the first times that the real film industry has been made visible to college students and people looking to get into the film industry.”