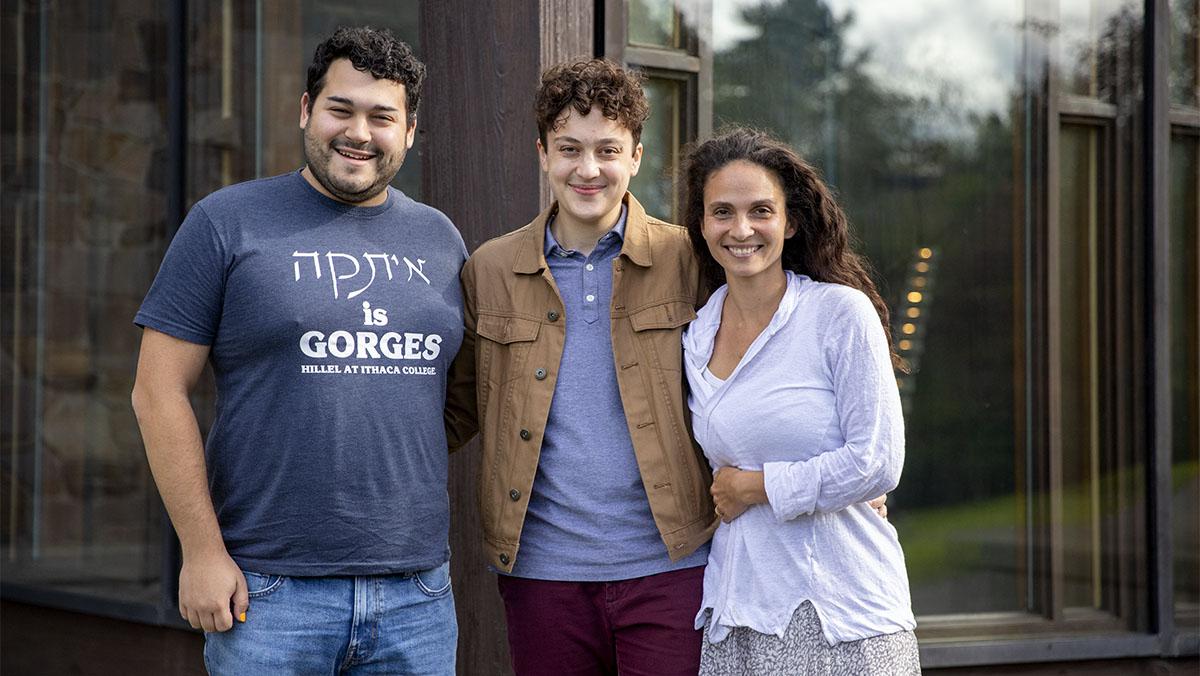 Ithaca College is now a part of Hillel’s International Campus Climate Initiative (CCI), which works with college administrations to make a positive environment for Jewish students, for the 2021-22 academic year.

The goal of the CCI is to create a positive campus climate in which Jewish students feel comfortable expressing their identities and values, free of antisemitism, harassment or marginalization. Hillel is the largest Jewish campus organization in the world. Its mission is to enrich the lives of Jewish students so that they may enrich the Jewish people around the world, according to Hillel International. The college has 1,000 Jewish undergrad students out of 5,852, making the Jewish population 17%.

Mark Rotenberg, vice president of university initiatives and legal affairs for Hillel International, said Hillel International created the CCI because striking statistics showed it could not wait any longer to do something about the growing antisemitism.

Antisemitic hate crimes and bias incidents more than tripled from 2012–19, according to Hillel International. The college has also faced antisemitic incidents and harassment over the years. In April 2019, a student found a swastika on their dorm door in Talcott Hall. In 2017, another student found their mezuzah — a prayer scroll — ripped from their doorpost. In 2019, there was one instance of damage of property in an on-campus residential housing facility that was characterized by religious bias, according to the 2021 Annual Security and Fire Safety Report.

Rotenberg said most universities are unaware and also ignoring these issues.

“Most universities are focused on anti-racism, gender bias and sexual violence, all of which are very important issues,” Rotenberg said. “But, we’re raising our hand and saying hey there’s this issue too and Jewish students are entitled to equal protection under the Civil Rights Act of 1964. We’re entitled to have our needs listened to and respected.”

The CCI staff plans to accomplish its goals by collecting data, training the staff and administration to better understand the challenges the Jewish community faces. It will also help the institutions create policies that will create a positive climate on campus for not only Jewish students, but the entire student population, according to its website.

The CCI is in its second year and will be working with 27 institutions this year, including New York University, Northeastern and Elon University.

Junior Isaac Schneider, president of Hillel at Ithaca College, said he filled out the application for the competitive spot to work with CCI the night he was given the opportunity. The college’s administration and staff had to go through a round of interviews after the initial application was filled out.

Herald Osorto, executive director for Student Equity and Belonging at the college, said he is delighted the college has been selected to join the Campus Climate Initiative.

“This new collaboration builds on the excellent work occurring in the Office of Religious and Spiritual Life alongside our longtime campus partner Hillel at Ithaca College,” Osorto said via email. “It will help us expand our diversity, equity and inclusion efforts.”

Schneider said the college partnering with CCI will give Jewish students a sense of hope. He said he believes there is a lack of awareness within the college community on issues that the Jewish community faces.

“It’s not even this purposeful ignorance most of the time, it’s just that they [non-Jewish students] don’t know,” Schneider said. “I think seeing this very real data from their peers within the next year is going to be very impactful for the majority of this campus, which is not Jewish. And in turn, the Jewish students will feel better once the recognition starts.”

Lauren Goldberg, executive director of Ithaca College’s Hillel, said the college’s administration has shown support to the Jewish community by helping embark on the collaboration with CCI.

“For the campus to say, ‘Let’s really examine how we’re doing right now,’ purely from a place of being proactive and not reactive is really rare these days,” Goldberg said. “I think we’re one of the only campuses that hasn’t had a major crisis that drove their administration into recognizing this need. Our administration heard about this and saw it as an opportunity just to do better for their students and to really listen.”

The college has been known to schedule events on Jewish Holidays. In 2018, the college scheduled commencement on Shavuot, a Jewish harvest holiday. This left Jewish students and their families having to choose between an important milestone and a religious holiday. This resulted in Hillel proposing a bill to the Student Governance Council (SGC) that would prevent college events from being scheduled on Jewish Holidays. In January 2021, SGC passed the Holiday Accommodation Policy Recommendation which pushes for the college to consider religious holidays before scheduling campus events. This followed the SGC’s passing of a bill to create the Committee for the Advancement of Religious Equity in 2018, but the committee was never created.

Sophomore Carly Weiss transferred to the college Fall 2021. Previously, Weiss attended the University of Rhode Island, where she said Hillel was very different.

“There was not as big of a Jewish population at University of Rhode Island, so the Hillel was not inclined to do as much,” Weiss said. “The Hillel at Ithaca is like a family. Not only do the cantors and heads of Hillel know my name, but the members do too.”