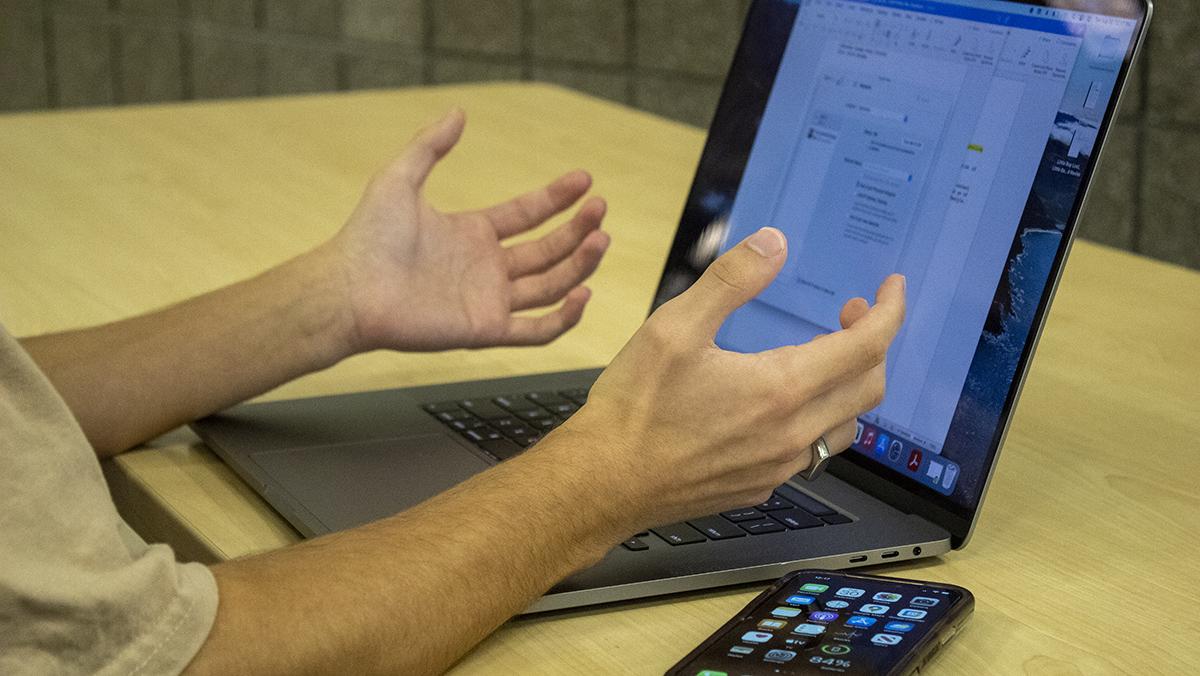 Jadyn Davis/The Ithacan
On Aug. 11, the Office of Residential Life sent out an email to students, faculty and staff explaining the My ResNet Wi-Fi upgrade. Some students at the college have been struggling to connect to the new Wi-Fi system and have growing frustrations with the delays in the network.
By Jadyn Davis — Staff Writer
Published: August 31, 2022

Since moving back on campus, junior Sophia Testani said she has had trouble connecting to the new Wireless Fidelity (Wi-Fi) system at Ithaca College, even after contacting Information Technology (IT).

“When the [ResNet] ‘Start Here Wifi’ didn’t show up again, I contacted IT and they were basically like ‘too bad so sad,’” Testani said. “My biggest worry is the fact that [the Wi-Fi] does not work and I am not able to do my work or communicate with my family.”

Wi-Fi coverage is provided to all residence halls, apartments, academic and administrative buildings. Students must set up an account with Apogee —  a technology service that manages Wi-Fi on college campuses — to access MyResNet, the network in the residence halls and apartments.

Like Testani, some students at the college have been struggling to connect to the new Wi-Fi system and have growing frustrations with the delays in the network.

On Aug. 11, the Office of Residential Life sent out an email to students, faculty and staff explaining the My ResNet Wi-Fi upgrade. The previous legacy version of My ResNet was a 2.4 GHz network, while the latest My ResNet is a 5 GHz network. According to the email, the upgrade was made after many students consistently complained about issues with the Wi-Fi.

Casey Kendall, executive director of Applications and Infrastructure, said the reason that the college decided to switch Wi-Fi systems is so that students can access additional features and functionality. Kendall said some of the new features include 5G wireless for higher speeds. Additionally, Kendall said the upgrade has lower latency and supports more devices per student, from 10 devices to 15 devices. She also said students should download the Apogee app so that they can connect to the new Wi-Fi easier.

“So the app is, in the long run, to make it more straightforward for the students to be able to find their services,” Kendall said. “The new Apogee Portal has a lot of help, tidbits and documentation and even videos. So look for those pieces as you’re trying to get onto it.”

The Apogee ResNet Team, which works closely with IT and updates the college about any issues related to the Wi-Fi, sent out an email to students, faculty and staff Aug. 21 apologizing for the issues with the new Wi-Fi system. In the email, Apogee said the issues were because of a combination of a new methodology as well as some technical issues. Additionally, the email stated that Apogee had implemented a team of engineers working to improve the service.

Teresa de Onis, vice president of Marketing at Apogee, said via email that Apogee has been working to isolate and eliminate issues with the new Wi-Fi. She said the reason many students have had issues with the Wi-Fi is because of how the network is handling loads of people on it during heavy traffic periods. Additionally, she said Apogee will continue to communicate with students and faculty until all issues have been resolved.

“Apogee acknowledges and accepts full responsibility for the current Wi-Fi issues that Ithaca College students are experiencing,” de Onis said via email. “Our success is defined by our ability to go unnoticed, enabling every Ithaca College student to seamlessly connect and access reliable, high-performing Wi-Fi without a thought as to who is providing it. We apologize for not meeting this standard during this year’s move-in period. It is unacceptable to the Ithaca College team and unacceptable to us.”

Teska said that while the process of connecting to the Wi-Fi is not difficult, he thinks that IT and Apogee can do a better job at explaining the process.

“It’s just been a series of text and emails,” Teska said. “I think if they put out an email that had a flowchart or some kind of chart that visually shows you everything, that would be way more helpful than trying to piece together the whole situation from these couple update emails.”