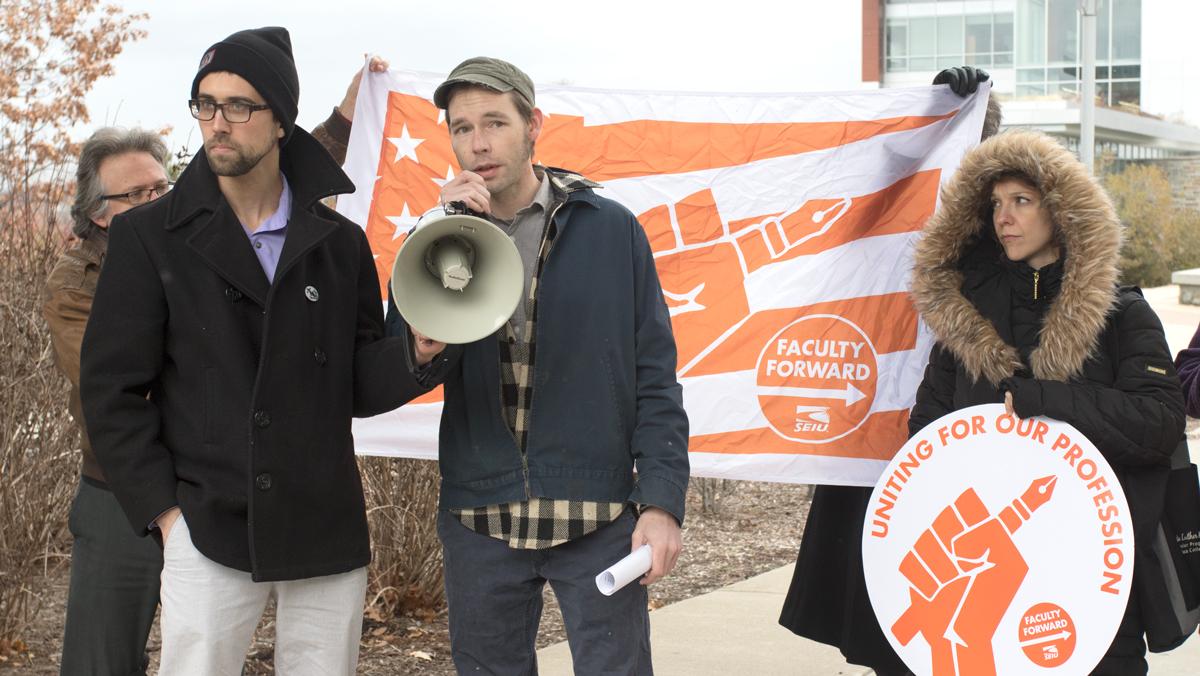 Fernando Ferraz/The Ithacan
The contingent faculty give a news conference Dec. 8 initially announcing the possibility of a strike vote.
By The Ithacan
Published: February 7, 2017

The Ithaca College contingent faculty union announced it will hold a strike vote Feb. 13 and 14 on campus.

For over a year, the Ithaca College administration has been in a contentious bargaining battle with two contingent faculty unions, part-time and full-time. The part time–faculty union has been stuck on two difficult aspects of the contracts: job security and compensation.

Over the past two weeks, departments across the college have written letters of support for the unions, including the anthropology, politics, and sociology departments, among others.

In December, the college’s bargaining committee released a statement expressing disappointment at the possibility of a strike vote.