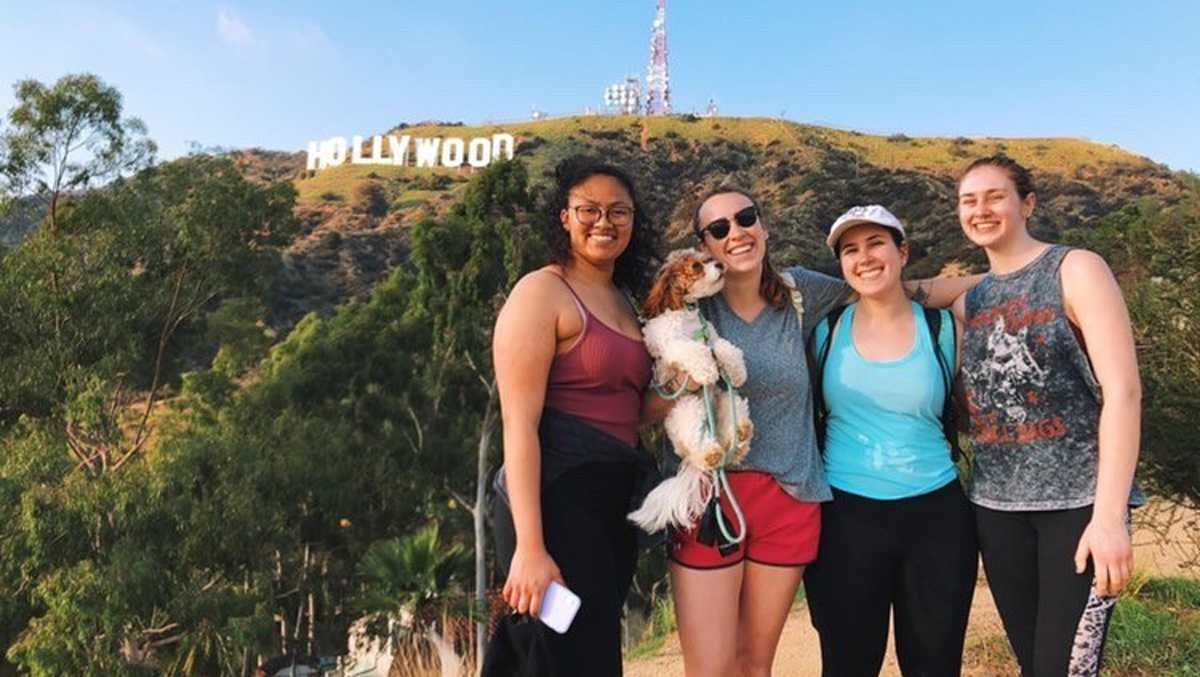 Jack Powers, interim dean of the Roy H. Park School of Communications, announced that the program was canceled during the Parent and Family Virtual Gathering on Oct. 14. ICLA is primarily available for Park School students and includes a semesterlong internship as well as classes related to television, radio, cinema, photography and communications. The program allows students to be immersed in their chosen fields and gain professional experience.

During the meeting, Powers said that many of the internship partners the college has will not be offering internships in the spring.

A lack of quarantine housing, medical staff on the ICLA campus and in-person internships led to the decision to cancel ICLA for the spring semester, according to an Intercom announcement Oct. 15. Powers said that he did not want to risk students’ health by running the program in the spring.

Powers said that this is not the first time students would be allowed to participate in ICLA postgraduation. Most students tend to sign up for one credit hour along with their internship. However, taking a class is not a requirement. Normally, the program starts in June and runs for 10–12 weeks, but summer 2021 may start later, Powers said.

“You just intern while you’re there,” he said. “You don’t necessarily take any classes. You can, but as someone who has already graduated, there usually isn’t much benefit in doing that.”

“Professor Ginsberg and I are also going to be making ourselves available in the spring for anybody who wants to talk to us about their career and their future,” Tropiano said.

Los Angeles County has 289,366 total reported COVID-19 cases. On Oct. 19, 923 new positive cases were reported. In the past seven days, there has been an average of 914 new positives and 14.9 deaths every day. Hospitalizations in the county have also been increasing. There are 722 COVID-19 hospitalizations in LA County as of Oct. 19.

Senior Gavin Berger said that he was supposed to participate in the ICLA program in Fall 2020, which was also canceled. Berger said that because the fall program was canceled, he started to think that Spring 2021 would be canceled as well.

“I’m glad it was canceled earlier versus later,” he said. “For the fall program, they had everyone sign up for LA classes and then canceled it.”

Berger said he is not shocked that ICLA was canceled and understands why the college made the decision. He also said that he was starting to consider not going to LA in the spring as he was worried it would be canceled last minute.

Senior Leah Ettinger also said she was not surprised by the decision.

“Even if we went in the spring, it still wouldn’t be the typical LA experience,” Ettinger said. “We’d still probably be wearing a mask. We probably would be doing [internships] remote anyway.”

Berger said he thinks that if ICLA was to happen in the spring, it would not be the same experience that he and other students were anticipating.

“We still would’ve been in a pandemic, so it’s not like you could go out and see LA, and most internships would’ve been virtual anyway,” he said.

Senior Christopher Ashe was also supposed to participate in ICLA in the spring and said he was upset that it was canceled. He and Ettinger said that they have not had internships yet and were looking forward to having one in LA.

During the family meeting, Powers said interns in LA are not typically allowed on production sets during the COVID-19 pandemic, meaning students looking for those types of internships would not be able to have the full experience they expected.

“If the summer can work, it would actually benefit the seniors because they get to go right into the job field, but that’s if it happens,” he said.

Ettinger said that she was not happy that the announcement was made during the parent meeting and not made directly to students. Ashe said he heard about ICLA being canceled through word-of-mouth first.

“Some people were in the room with parents and they were giving the information out to their friends, so [other students] weren’t hearing it from the school,” Ashe said. “They were hearing it from rumors. That gives a little more anxiety to the whole thing.”