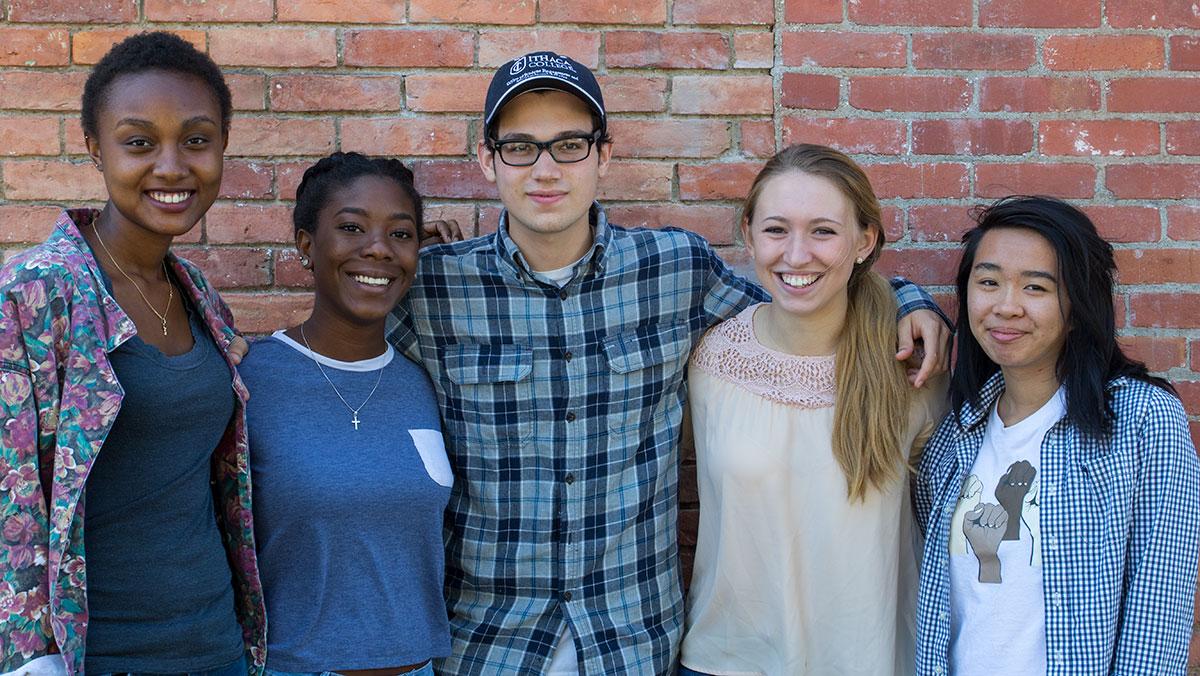 The Ithaca College Student Government Association Executive Board has laid out two concrete subjects that it sees as important to pursue this year: Title IX and voter registration. The board is also emphasizing a more flexible approach to policies and issues it decides to take on based on what is important to students.

During the protests in Fall 2015, after which Ithaca College President Tom Rochon announced that he will step down in July of next year, the SGA formulated many large-scale bills — some, the largest in its history. The new executive board plans to pursue as normal the bills that have rolled over to this semester, such as the PEACE Bill, the Student Bill of Rights and Responsibilities, and the Shared Governance Bill.

“I think that last year, we came in … with the idea that we had … a game plan for the whole year, and that didn’t end up happening and ended up confusing the whole board,” SGA President Marieme Foote said. “This year, we’re coming into it more fluidly, as in we’re really looking for what students want — really looking for what this campus needs, and I think that’s what we need to do right now in this specific climate.”

The executive board members said they feel the issues the bills address are still important to students but that introducing a full policy agenda like they did last year could stretch both the executive board’s and the student body’s attention thin. For this reason, the SGA will be focusing on completing the existing bills.

However, the executive board members have pinned down two subjects that they feel are relevant issues to budget for in the upcoming semester: Title IX, the office on campus that handles sexual–assault cases, among other issues; and voter registration — getting students the information to vote in the November national election.

Luis Torres, vice president of campus affairs, said nothing is set in stone but that the timing of the Title IX awareness campaign could be around Cortaca, the annual football game that pits the college against SUNY Cortland.

“We’re kind of focusing on the Cortaca time period — getting information out around then just because it’s a time when people are particularly vulnerable for sexual assault and stuff because of alcohol,” Torres said.

He said since the SGA is in control of the buses that bring students from the college to Cortland, the SGA could hand out short brochures, magnets or other informative materials. Also, with the email addresses that are required to sign up for the buses, Foote said, they could send out information online, too.

“Sexual assault, gender discrimination — those are all issues that, like, need to be continuously addressed in college communities,” she said. “So this is us doing what we think students should be constantly interacting with and engaging with.”

“I specifically asked her to come before both Cortaca and Halloween because both nights are pretty big in the party culture,” McClinsey said.

The second definitive subject on the board’s agenda is voter registration. With the contentious presidential election fewer than 70 days away, the SGA is planning to raise awareness of the importance of voting. Foote said that around Constitution Day on Sept. 16, the SGA may hold events to inform students on where and how to vote.

“When it comes to voter registration, it’s obviously a massive election year. It’s also a very scary election year, so making sure people are registered to vote and making use of their liberties and rights is really important,” McClinsey said.

Foote said it is not about taking a stance on a certain political candidate but about getting students to the polls.

“We’re not taking a position at all on who you should vote for or what party you should go to or align with, more so ‘Here’s the information. Do with it what you will,’” she said. McClinsey added that she registered to vote last year through the SGA.

In an attempt to fix the SGA’s lack of senate attendance, which resulted in relatively fewer bills proposed in the spring semester, McClinsey said the Senate has been put on the communication tool Slack. Last year, only the executive board was on Slack, and adding both branches could help engage the Senate, McClinsey said.

She said a Google Document with the attendance of each meeting will also be released on its website in the coming weeks.

With many traumatic events locally and around the country recently, Foote said it is important for the SGA to put what students want at the forefront.

“It’s not like we’re going to be prioritizing Title IX over racism on campus or homophobia or anything,” she said. “We’re really trying to look for what students need.”

Candidates for the 2015-16 Ithaca College Student Government Association Executive Board may begin campaigning at midnight on April 13.

BREAKING: SGA Executive Board candidates for 2015-16