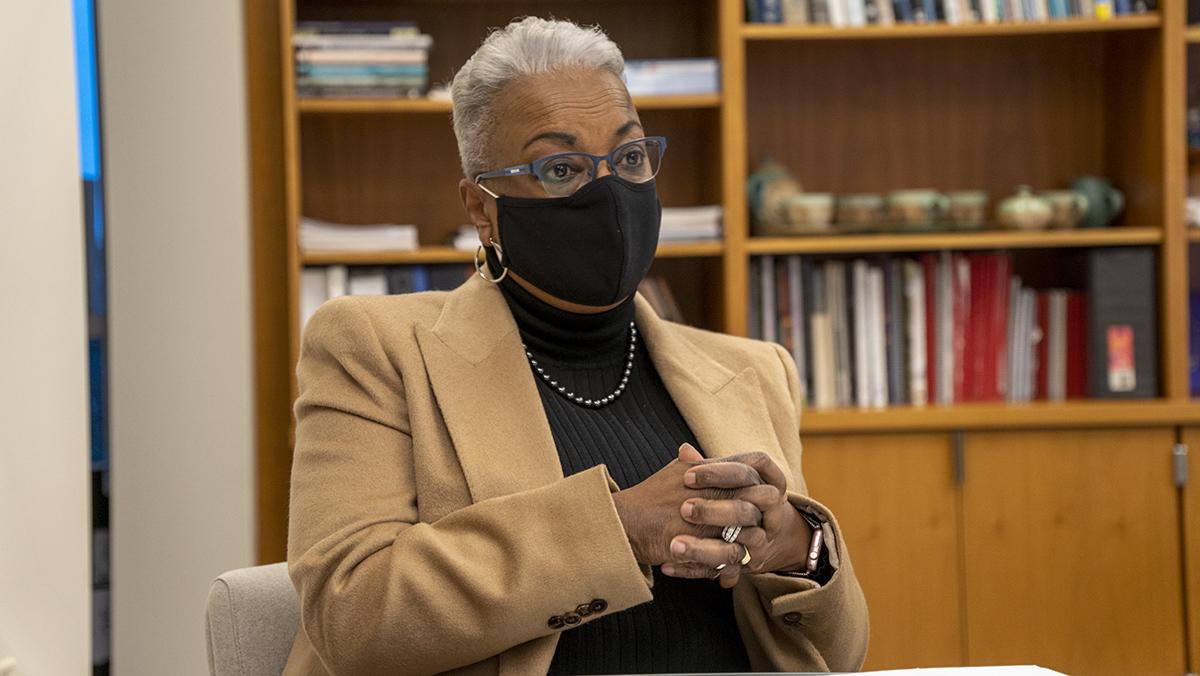 La Jerne Cornish has been named the 10th president of Ithaca College.

David Lissy ‘87, Chair of the Board of Trustees, announced in an email to the campus community that the board of trustees had voted unanimously to name Cornish as the 10th president.

“​​I write to you today with great pride and joy to announce that the Ithaca College Board of Trustees has voted unanimously to name Dr. La Jerne Terry Cornish as president of Ithaca College,” the email said.

“She has a thorough grasp of the challenges before us and is ready to work collaboratively with the members of the IC community on campus and around the world to ensure that we lean into the significant opportunities that we have to secure a bright future for Ithaca College,” the email said.

The email also stated that the search committee for the college’s 10th president had unanimously recommended Cornish out of a competitive field of candidates.

“Through this highly competitive process, performed with the utmost attention to the current and future needs of the campus, the search committee unanimously recommended to the board that Dr. Cornish be named IC’s next president,” the email said.

During her time at the college Cornish has been involved in the creation and implementation of Ithaca Forever, the college’s five-year strategic plan. As provost, Cornish’s division was also in charge of the Academic Program Prioritization process and she and Collado approved the “Shape of the College” document that has resulted in the ongoing elimination of 116 full-time equivalent faculty positions and a number of departments, majors and programs.

In the email, Lissy invited the campus community to attend a livestream at 12:15 p.m. March 7 to introduce Cornish as the college’s new president. Additionally, an informal reception will be held from 4:30 to 6 p.m. March 7 in the Emerson Suites.