New presidential residence to be built on campus 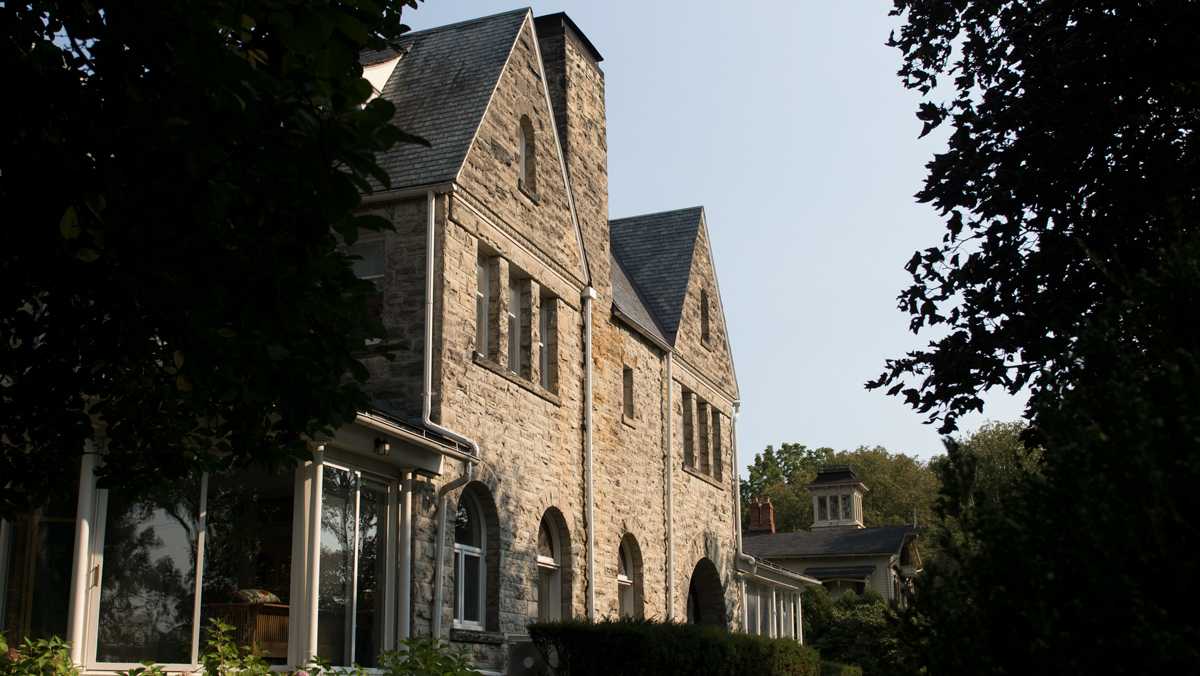 Connor Lange/The Ithacan
Ithaca College President Shirley M. Collado does not live in 2 Fountain Place, a mansion that was previously the home of six presidents of the college since 1938. The house is for sale now and a new presidential residence is being built on campus.
By Madison Fernandez — Assistant News Editor
Published: April 4, 2018

Ithaca College will be constructing a new presidential residence on campus. This building will be the first major construction project on campus since the construction of the Athletics and Events Center, which was completed in 2011.

The residence will be located near the Emerson Hall dorm, according to an Intercom announcement. Construction will begin in Fall 2018 and is anticipated to be completed by Fall 2019. Doug Weisman ’78, chairman of the board’s Buildings and Grounds Committee, said there is not yet a complete budget for the construction project.

The Ithaca College Board of Trustees announced in May 2017 that President Shirley M. Collado would not be living at 2 Fountain Place, a mansion that was previously the home of six presidents of the college since 1938. Instead, in July 2017, the college rented an apartment downtown for Collado and her husband, A. Van Jordan, to live. The board of trustees formally announced in October 2017 that they were planning to put the mansion up for sale. The residence is now for sale by Warren Real Estate.

An ad-hoc committee consisting of members from the board of trustees and leadership from the college has been planning the development of the residence for the past year, according to the Intercom announcement released April 3.

Weisman said the ad-hoc committee made the decision to build the residence on campus because Fountain Place was located far from the college. The mansion is approximately 2 miles from campus.

“Since the distance of Fountain Place to campus was one of its drawbacks, we decided early on that the new residence should be either on or adjacent to campus,” Weisman said via email. “We then evaluated a variety of possible locations, ultimately determining that the site near Emerson Hall and the Z parking lot was most suitable. It will provide the best mix of privacy and access, as well as flexibility in the ultimate design for the residence and surrounding landscaping.”

An estimated 72 percent of college presidents are required to live on campus as per their contracts, according to data from Inside Higher Ed. Ithaca College requires its presidents to live in housing provided by the college.

The college is working with Ikon.5 Architects to design the residence. The firm has designed buildings in Ithaca previously, such as the Collegetown Terrace apartment complex on East Hill.

“We are honored to have been given the opportunity to design Ithaca College’s new presidential residence, and very much look forward to working with the college on this project,” Arvind Tikku, principal of Ikon.5 Architects, said via email.

Weisman said the design will be appropriate not only for college presidents and their families but the rest of the campus community as well. He said this residence differs from 2 Fountain Place because it is being constructed with the specific purpose of presidential housing, whereas the mansion was built in 1892 and was later purchased by the college.

“Our mission includes designing a comfortable and inviting private residence as a first priority,” Weisman said. “Second to that we will include spaces that the president can use for college and community events hosted at the residence. We are also taking into consideration sustainable and energy efficient building processes and systems, as we have with other campus building projects.”

The college has purchased a house on South Hill to serve as a temporary residence for Collado and Jordan until the construction is completed. The temporary home is located south of the college, off of Danby road. It was purchased for $544,900, according to the deed from the Tompkins County Clerk’s Office.

In the Intercom announcement, Tom Grape ’80, chair of the board of trustees, said the board determined it would be more cost effective to own a home rather than pay for rent. After the new residence is built, the board plans on selling the temporary home.

The rent for the apartment is estimated at $3,605 per month, according to the Travis Hyde Properties website, the property that owns the apartment complex Collado currently lives in. The mansion on Fountain Place is estimated to be valued at $1.8 million, according to Zillow.com. However, the 120-year–old building also required extra funds to keep up with repair needs. For example, in the 2015–16 college budget, over $30,000 was allotted to repairs, primarily to fix a leaky roof.

Two Fountain Place, as well as the adjacent 2 Willets Place, which has been used by the college as a guest house, is up for sale. If there is no buyer contracted by May 1, the residence will be put on the Multiple Listing Service, according to the announcement.

The asking price for the Fountain Place residence, which has over 9,000 square feet of living space, seven bedrooms and five bathrooms, is $1.5 million. The asking price for the Willets Place property is $450,000. The buyer of Fountain Place will have the first right of refusal to buy Willets Place, meaning they will have the option to purchase it before it is put back on the market.

The proceeds from the sale of the mansion will be put toward the construction of the new residence, according to the announcement.

Collado said she is excited about the new house and anticipates a strong connection with the campus community as a result of the new residence.

“This space will not only enable presidents to maintain strong ties to the pulse of the college community, it will provide a necessary space to connect with and appropriately welcome to campus our friends, partners and visitors from surrounding areas and from other organizations and institutions around the nation and the world,” Collado said via email.

Students at Ithaca College return to an upgraded campus