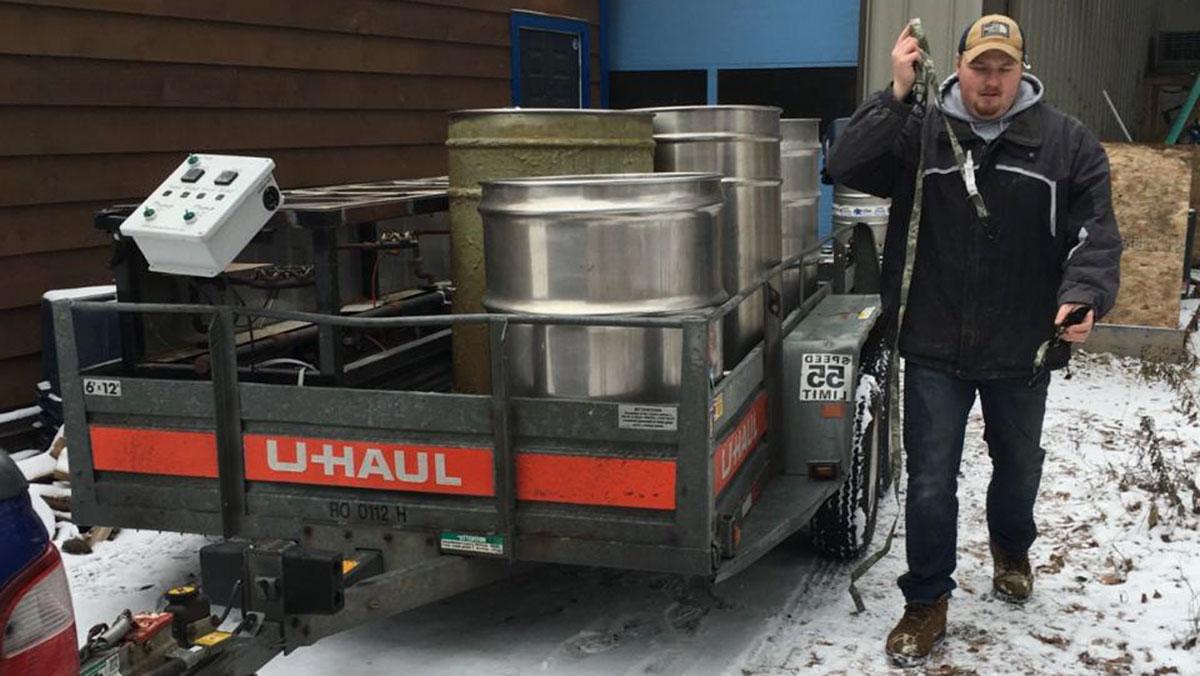 Ithaca College’s Business Plan Competition, held for the past three years, helps student entrepreneurs jump–start their own businesses and cultivate ideas. Last year’s winners have since gone on to establish their businesses or find new paths on which to take their passions and award-winning plans.

The competition allows six businesses to give a presentation about their company, followed by a Q&A from a panel of judges in the field who select the top three plans. This year’s competition will take place April 19, offering the same stakes as last year: a $20,000 first prize, $10,000 second prize and $5,000 third prize for promising student business ventures.

Since winning the top award almost a year ago, the men of Subversive Brewing have devoted their time to perfecting their beer and trying to find the best location for their malthouse and brewery.

Minogue said the team decided to use the winnings to purchase all of the equipment necessary for a 4-ton–per–month malthouse and 4-barrel brewhouse. They also used some of the funds to work on what they called professional development, immersing themselves in beer culture through classes and learning the ins and outs of the industry.

The men hope their business will open this fall, just a year and a half after winning the competition. Their facility is being built and will be housed outside Hudson, New York. Minogue said that as soon as that is done, they can apply for licensing and begin selling their brews by next spring.

Before finding their perfect location, the men faced their biggest setback in late 2015, when they had secured a location before realizing the location was too small to accommodate their already growing capacity.

“We have overcome a lot of hurdles on our way. … But it’s working out much better than we originally anticipated, even with our setbacks,” Minogue said.

The second prize–winning plan, an app called OnSet, was pitched by Fischer, who was originally inspired to create it while frequently going to the movies when she was younger.  Fischer would see movie trailers she was interested in but would forget them by the end of the film.

From this, came OnSet, which enhances the moviegoing experience by allowing viewers to save the movies they are interested in.

Since April, Fischer has decided to put the app on hold to revisit it when she is no longer a full-time student and can devote all of her attention to it.

“I continue to develop contacts within the industry and plan on revisiting the app and the business to dedicate myself to it on a more full-time basis after I graduate,” Fischer said.

However, with some of her winnings, Fischer helped develop an independent study course for other inspired entrepreneurs at the college, where they can plan and move their business forward and earn credit, outside of a traditional classroom setting. She said she had wished for this opportunity herself while she was developing her app.

For the third-place winner Davis, like Subversive Malting and Brewing, turned his plan for Fear Walk into a reality, already having carried it out in October 2015 at the college, and will continue and expand this fall.

Fear Walk is an attraction that travels to college campuses, providing an immersive “haunt” experience to students, Davis said. Last year at the college, Fear Walk attracted over 800 students.

Davis will be back at the college this October and hopes to expand to SUNY Alfred, Cornell University and Pennsylvania State University. Davis and his business partner are also competing at the New York Business Plan Competition for an opportunity to win $100,000 toward the second year of Fear Walk.

Davis said this real-world experience has enhanced his in-class curriculum, allowing the two to benefit each other.

“To bring something to a reality in the time frame that we did … it creates a different level of self-value in a student. … A lot of stuff that I have learned in classes has become all the more relevant now,” Davis said.