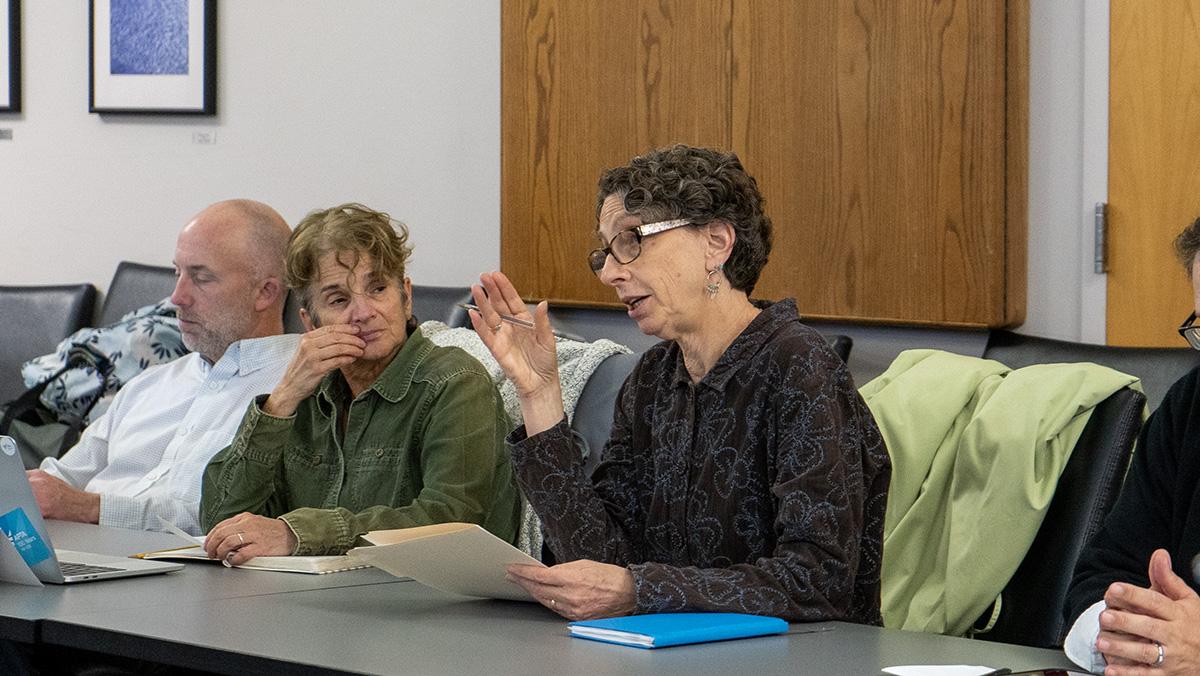 Only 20 minutes into the Dec. 6 Ithaca College Faculty Council meeting, Melanie Stein, provost and senior vice president, announced that because of trust and intimidation issues between the council’s members and the college’s administration, she will no longer stay at meetings after giving the provost’s report.

“I am aware and very concerned about trust issues between faculty and administrators on campus, which makes moving forward really difficult,” Stein said shortly before leaving. “This decision worries me, to be honest, because I don’t fully understand how we can build trust.”

During the first 20 minutes of a typical Faculty Council meeting, Stein reads the council the Provost’s Report — a roundup of administrative and procedural ongoings — and then stays with the council for the following two hours as it goes through its agenda. Since Stein is not a member of the council, she is not required to stay. However, until this point, Stein had stayed at monthly meetings since being appointed provost in March.

“We have monthly meetings with the Provost as an executive committee,” Staurowsky said. “In the course of our discussion, this came up and we shared with her that a couple of our colleagues had expressed concern. … I do think it needs to be made very clear that neither the Faculty Council nor any member of the Faculty Council has ever asked for her not to be here.”

In her announcement, Stein referenced the concerns that had been brought up.

“Council leadership has informed me that some faculty have to question my participation in these meetings and suggested that my presence here might actually hinder the building of trust and intimidate some faculty,” Stein said. “This is absolutely not my intent.”

After Stein made her announcement and left, the council briefly spoke and then went into executive session, in which the body meets privately. For about 45 minutes, the council  discussed Stein’s announcement and came up with a statement that will be sent to Stein. The statement will be available for the campus to read following the approval of Dec. 6’s meeting minutes, which will be done at the next Faculty Council meeting in January 2023.

Following the meeting, Charis Dimaras, professor of music performance and member of the executive committee, said he was unaware that this announcement would occur.

“In conversation, candidly, it just came up that there were some concerns about her presence in our meeting at all times, simply because of the feelings of some members,” Dimaras said. “But the reaction and all of that was completely unexpected to us.”

“It is inconceivable for the Faculty Council not to have to work in close coordination with the provost,” Dimaras said. “It simply allows for a little bit of space for, when there are matters that do not concern anybody else [other] than the faculty, where the faculty can confer in their own meeting. … [Stein’s] decision was a sensitive one and difficult to make, but nobody has asked her to leave.”