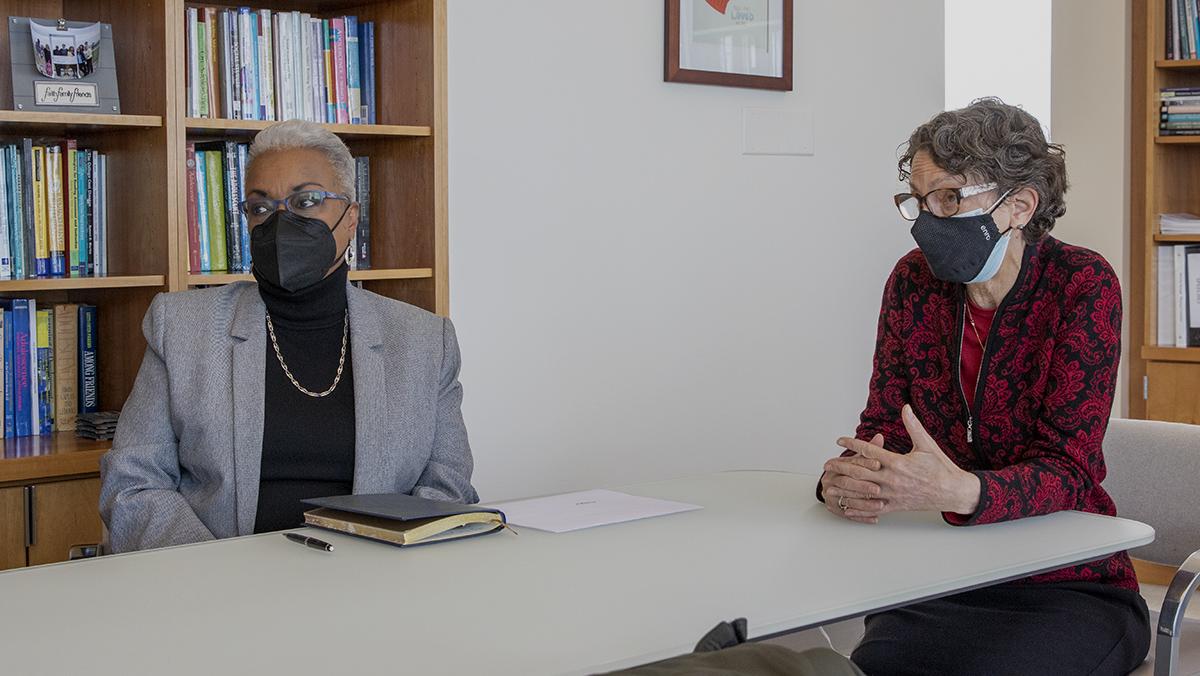 In May 2021, Diane Birr, professor of music performance at Ithaca College, heard for the first time that the college’s administration planned to merge the Department of Theatre Arts and School of Music. Birr was shocked and frustrated. Shocked because it was the first time that she had heard that this would be happening. Frustrated because before making the decision on the merger, the administration had never asked her or her fellow faculty for their opinion.

“I was feeling a sadness and probably an anger that we were hearing this for the first time with no input from anyone beforehand or any consultation, no heads-up,” Birr said.

On Jan. 25, 2022, nine months after the May 2021 meeting, the college’s administration announced that by July 2022, the Department of Theatre Arts and School of Music would merge to create the Ithaca College School of Music, Theatre and Dance. The merger is part of the second phase of the Academic Program Prioritization (APP) process. The APP was approved in February 2021 by the college’s then-President Shirley M. Collado and then-Provost La Jerne Cornish. In July 2021, Collado announced her resignation from her position and Cornish became the college’s interim president for the 2021–22 academic year. A search for a new president for the college has begun.

Birr said in Fall 2019, she had first heard of an idea to move the Department of Theatre Arts out of the School of Humanities and Sciences to an undefined location. Birr said ideas like making the Department of Theatre Arts its own school or moving it into the music school were floated. Almost two years went by before she heard of the idea again, in the May 2021 meeting. Birr said that during and after the May 2021 meeting, the administration had proceeded with the merger process without allowing faculty to have meaningful input on whether the decision would be made or not.

Cornish said the process included shared governance of decision making, and the merger will remove barriers for music and theater students and encourage cross-disciplinary learning.

“We have a renowned School of Music, and we have one of the top-rated theater arts programs in the country,” Cornish said. “Why wouldn’t we bring these two units together right in a new way that elevates the boat, but also does something for our students at the end of the day? This is about students.”

The college’s announcement emphasized that current students will not experience a change in requirements for their degrees. However, the new school will have two divisions — a Division of Music and a Division of Theatre and Dance — each with associate deans. Cornish said the school will be run by an inaugural dean, for whom a search is underway.

On Dec. 14, a joint letter was sent from 15 tenured School of Music faculty — including Birr — to the Ithaca College Board of Trustees, Cornish and Interim Provost Melanie Stein. The letter raised concerns about the timing of the decision to merge the two schools as well as the college’s lack of permanent leadership — four of the five schools at the college are run by interim deans. The college’s four deans are interim because three deans left the college and Stein stepped out of her position as dean of H&S to become interim provost. The letter asked the administration to take more time to talk to the campus community before moving forward.

Stein said concerns about the merger had been raised to her and Cornish prior to the Dec. 14 letter.

“These are concerns that we were quite familiar with,” Stein said. “Nobody expects that in a large organization everybody is going to agree. Faculty are really opinionated folks. I will say that the faculty in general and the faculty that signed that letter, they love the School of Music and they love the college.”

On Jan. 10, 15 days before the new school was announced, a second letter asking for a halt to the merger was sent to Cornish, Stein and the School of Music and Department of Theatre Arts Transition committee. The letter was signed by 18 former faculty members, including Garry Brodhead, former associate provost; Gregory Woodward, current President of Hartford College and former interim provost at Ithaca College and Steven Mauk, a former member of the Board of Trustees.

“We are united in our belief that this proposed merger should be halted,” the Jan. 10 letter said. “It is unclear even why this merger is being proposed, and if there is support for this action among the current faculty members and administrators in the School of Music, School of Arts and Sciences, and the Department of Theatre Arts.”

Ivy Walz, interim dean of the School of Music, said that through meetings throughout the Fall 2021 semester, faculty were made aware of the merger and the opinions expressed in the Dec. 14 letter are a minority.

“It’s true that there is a small group that’s opposed, and these dedicated and loyal faculty care very deeply about the future of music at Ithaca College,” Walz said. “We’re absolutely confident that they’ll continue to work along with us and we’ll all continue to have conversations. I think communication is really key.”

Deborah Martin, professor of music performance and one of the co-signers of the Dec. 14 letter, said the concerns raised are not a minority opinion.

“We have a signed letter by one half of the tenured faculty in the School of Music,” Martin said. “We did not ask for signatures. We did not consult anyone untenured or part time because the danger of saying anything that goes against the administration and the danger of just being out there in public. We felt we are the safe ones, we are the ones who can say something without losing our jobs. And that’s why there aren’t more signatures on the letter … So ‘minority opinion?’ I don’t think so … This is not a minority opinion in any sense of the word.”

A Dec. 3 recommendation in favor of the merger was sent by the School of Music and Department of Theatre Arts Transition Committee to Stein. The recommendation was signed by 57 faculty and staff members, which the letter said comprises the committee.

Ryan Dickson ‘18, an alum and instructor in the Department of Theatre Arts is a new faculty member at the college. Dickson signed the Jan. 3 letter in support of the merger. Dickson said during meetings discussing the merger, the administration was open about the process.

“They were very transparent about letting us into some of the decision making and sharing what was going on as they got close to that final proposal,” Dickson said. “They shared what they were and they allowed us to share what our opinions may be and how to shape what would become this new entity of Ithaca College.”

Charis Dimaras, professor of music performance and one of the signers of the Dec. 14 letter, said there have been surveys and multiple conversations between faculty and the administration throughout Fall 2021. However, Dimaras said the administration had already concluded that it will proceed with the merger, making shared governance nonexistent.

“All we’re saying is ‘Please listen to specific things we’re saying,’” Dimaras said. “The decision [to merge] is already made [by the administration]. So therefore there is no conversation to be had. There is zero shared governance. None.”

Dimaras and the faculty of the Dec. 14 letter also said long–term restructuring of the college, like the merger, should not be made while so many positions are interim.

“We are seemingly forgetting the most important piece of this puzzle,” Dimaras said. “There could be a new president in here. How could anybody make these decisions ahead of a new president?”